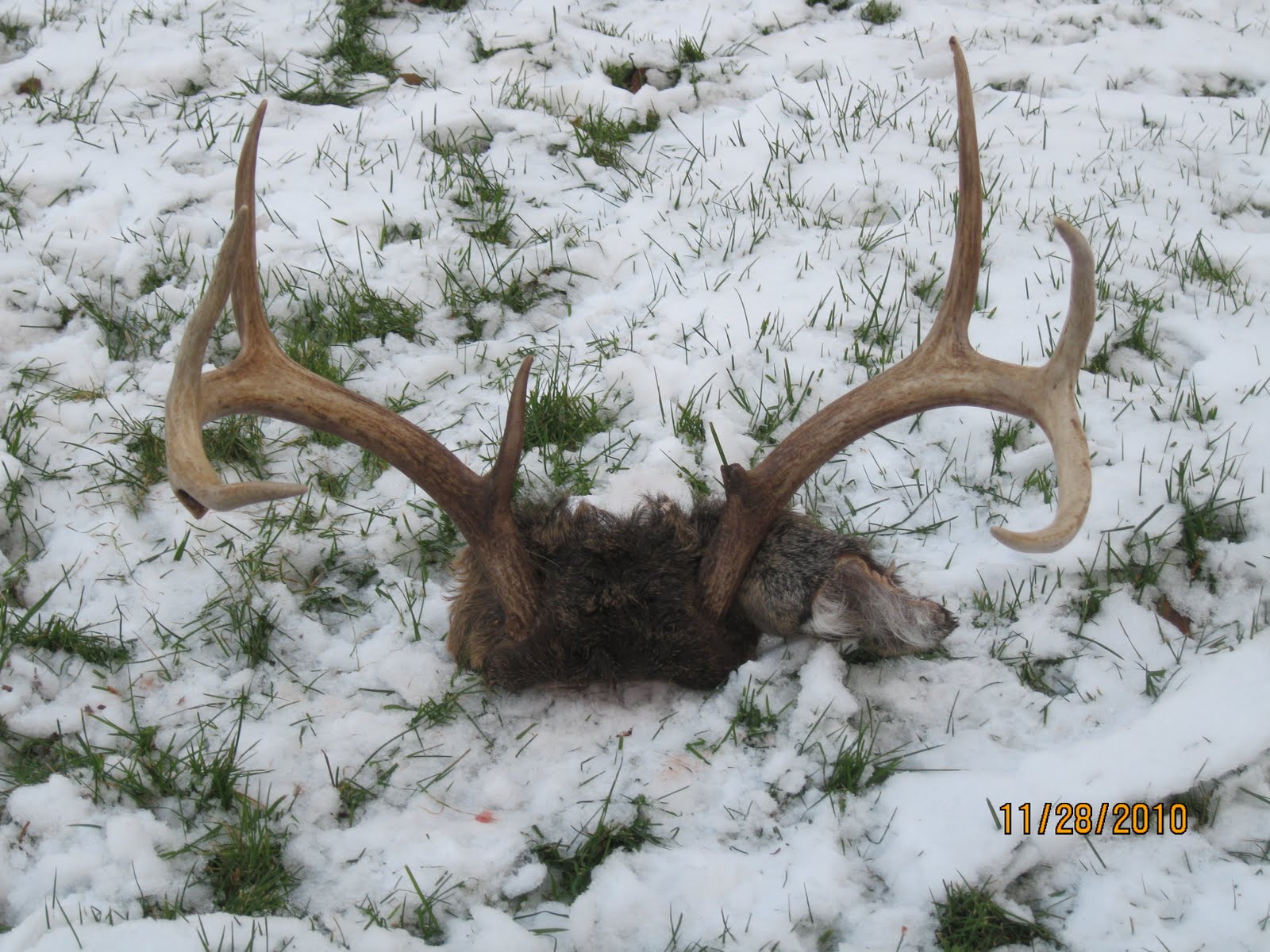 As a funny follow up to Steve’s blog about coyots, I was going through photos for my Dad’s album (every year that we get a deer, I add more pictures) and found these.

Dad found this deer last year when he was out walking around and I was in my seat. It was, as you can see, a nice 8-pointer that had been taken down by the coyots. When Dad told me about it, I asked to go see it (Im weird). The deer was in a grouping of trees. Its nose was gone, as was the lower half of the body. A beautiful deer that would have been a nice tag – taken down by coyotes.

After lunch, we took the saw back into the woods with us and cut off the antlers. One, because they are impressive – 17 inches in the inside and two, because it is a reminder that coyots are getting more brazen and less choosy about which deer they are picking. I highly doubt this deer was sick or wounded.

Just one more example of why it is so important that Maine works to get the coyote population back in check. 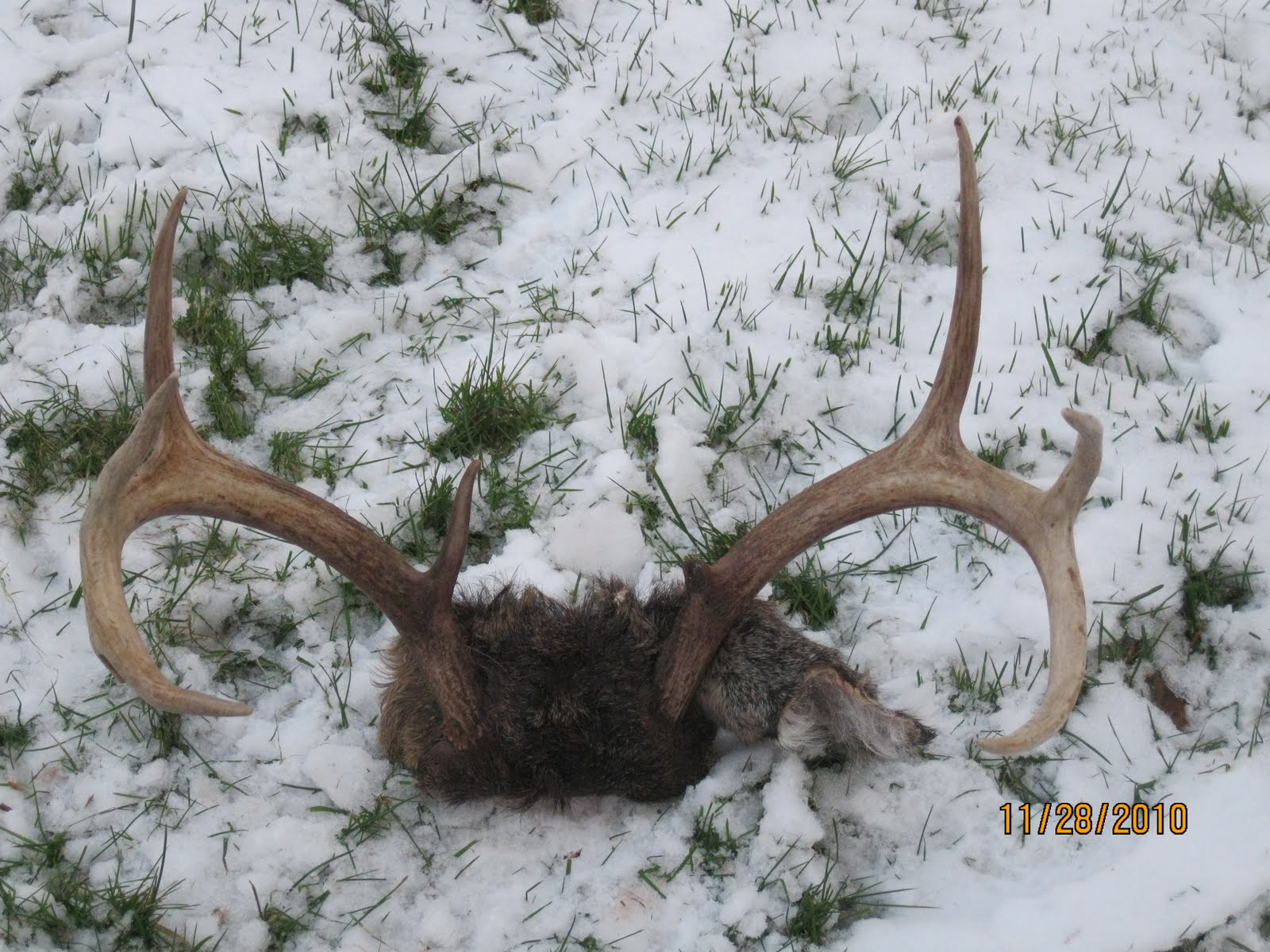 And yes, that is the deer’s ear attached to the rack. It was frozen and Dad wasnt going to worry about it. =)

← The Maine Outdoorsman: Why You Shoot Coyotes! Just the antlers - really?? →

About an hour into my sit, I heard steps coming towards my stand.  It was a beautiful morning and my heart skipped a beat with the idea that a deer might finally be headed my way.  Trail camera photos showed my last remaining target buck during daylight at that stand,...
Read More

In the woods: turtle crossing

I found this turtle trying to cross the road on my way home after work. I was the obnoxious person who put their car's hazard lights on and stood in the middle of the road until the turtle was safely on the other side. Once I walked up close to him, he took off and...
Read More

Birds on the Big Lake

From the dock and our porch window, we could see all kinds of great bird sightings.  I wrote about the osprey here but wanted to share a few more pictures: Loon Loon A pair of loons hanging out near the dock Anyone know what kind of bird this is? The nesting pair...
Read More