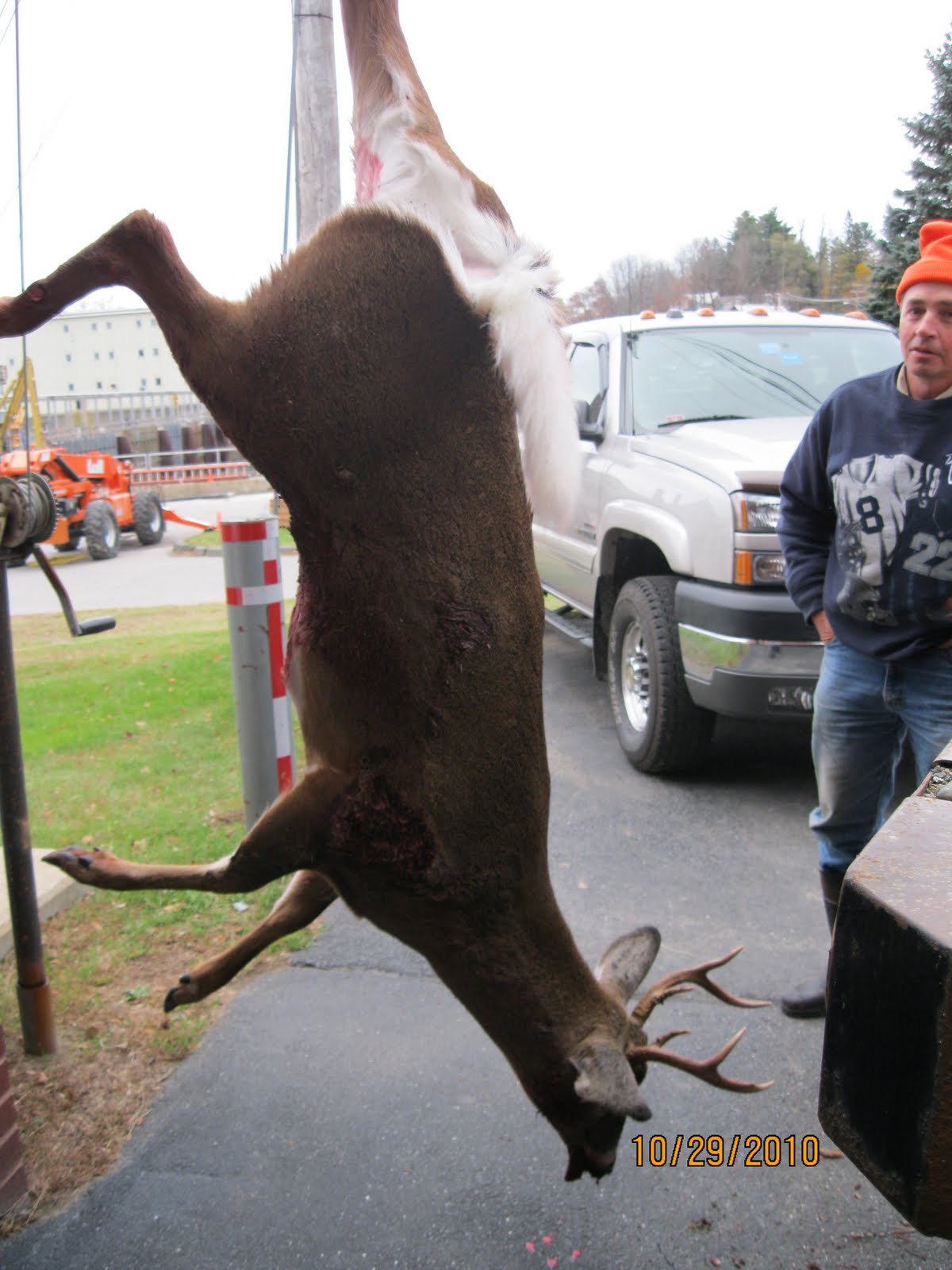 2.4 BILLION dollars comes into Maine thanks to folks like you and me. I contribute directly to the 200 million that is brought in every year in connection with deer hunting. In this article, Bob Humprey gives an over view of impact that our hunting and fishing industry has on the economic health of the State.

Each year, I have paid $27 to renew my hunting license. This gives me the right to shoot a buck, of any size, during the season. If I want to put in to get a doe permit, its a free process but its a lottery, so no guarantee. Then, assuming you shoot a deer, you pay $5 to tag it. They take your name, license number, where you shot the deer (town), what you used for a gun and they take your money. If you want your deer weighed, that costs more. Last year’s buck, seen here, was 150 and it cost me an additional $1 to find that out. This year, Dad and I went some place different and it cost us $2 to weigh it. So, lets say its about $35 for me on a good year. I buy Dad and my father in law their licenses as Christmas presents. My dad hunts and goes fishing with my sister. That’s $42 for the year. He also thinks he wants to shoot some coyots. That’s only $4 but a total of $46 for just his license. I do not know the cost for out of Staters.

I have heard people complain about the cost of tagging a deer more than I have the cost of the license. Yes its a lot of money for people who don’t really have it, but its worth it when you think about the impact it is having on the State.

In comparison, the $$ for Moose hunting: $7 per chance to have your name entered into the lottery. If you get picked (Dad was in 2010), then you pay $50-something ($52 maybe) to get the permit so you can then go hunt. You pay to tag it, have the meat butchered and bring it home. AND- that is JUST for in-state residents. The price of a moose permit for an out of stater is like $400-$500 dollars. Mind blowing! But, as the above article talks about, its money that is having a huge impact on Maine.

← Whitetail Woods: Tasteful or not Tasteful, You be the Judge. Women Hunters, Part 1: An Ethnographic study →

I am a sucker for the snow.  If there is a snow storm coming or even the threat of a snow squall, I am in the woods. Two years ago, I stood in a snow storm Dad shot a nice 8 pointer and later that season, I shot my own buck in such a heavy snow squall that we couldn't...
Read More

A little nostalgia to make you smile

A little while ago, I wrote about George Smith's book, "A Life Lived Outdoors." At the time, I had not finished the book.  Now that I have I want to share more of my thoughts. If you love the outdoors and have hunting and fishing stories of your own, you will...
Read More