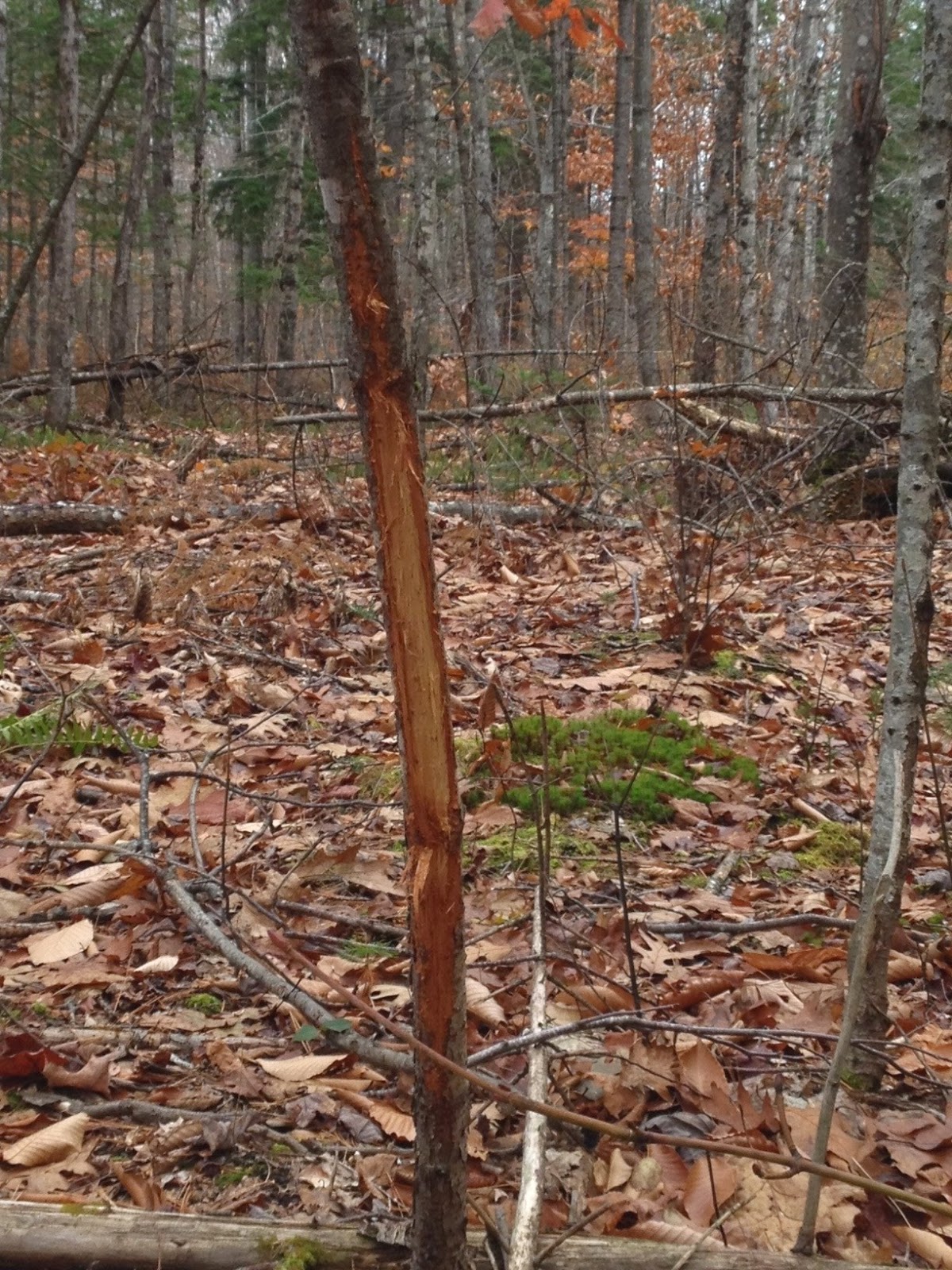 I was so worried about my son waking up in the middle of the night and subsequently waking up my parents, that I barely slept. This was our first overnight and every little whimper had me ready to jump out of bed and make him a bottle. When I got up at 4:30 it seemed as though I had just gone to bed. But it was opening day and there were deer to find!

Dad and I had looked over the memory cards from our cameras the night before. Dad asked me to keep track of how many bucks I saw in the photos. One spike, one crotch horn, another spike, a small six (maybe) pointer, two more crotch horns, a NICE, wide six-pointer and a bunch of does. More does. The same does. Turkeys. Grass. Grass. A coyote (boo!) and then… a perfect, beautiful, thick 8-point buck eating grass in front of the Sky Condo. I think he is my ghost deer! I will grab camera photos next week, but he was incredible. His antlers are symmetrical, he has thick shoulders and I want to shoot him very badly! I have my target all picked out.

So, Saturday morning, Dad and I headed to the Sky Condo in the dark. There was only one problem. Dad was sick. To quote Mom, this was probably the “second time in twenty-five years” that he has been sick. Exhausted, coughing, congested and with a runny nose, Dad walked into the woods with me. The smell of cherry would linger in the wind with each new cough drop he ate.

We waited for first light. The sun started to come up but there was no movement in the woods. The does that we had been seeing were the same group from last year (I think) and we knew the area that they stayed in. Instead of moving to my tree seat, I opted to go to the stand that we put up last year. It’s narrow and the bar is a lot lower than what I am use to, but I hada feeling that if those deer are not by the Condo, they were up there. I was right! We jump them as we crested the hill. They snorted, blow and bounced away from us. Dad has a doe permit and could shoot one, but he said that he wants to leave them so the bucks stay around. I can only shoot a buck.

It was slow moving and warm in the sun. Dad drooped me off and pointed out a scrape less than 10 feet from the bottom rung of the seat.

I climbed up and started the watch.

There were a group of turkeys that came in for a few minutes and I got reeducated on how loud a single grey squirrel can be.   Finally, I saw a spike horn but he was just walking through the small gap at the end of my shooting lane.  I didn’t want to shoot him but it was nice to know that the deer were still where we thought they were.

I heard Dad cough before I saw him.  He was walking back from where the spike was, but he never saw him.  He did jump a doe and a crotch horn.  He said that he would have shot him but then remembered that I wanted the big deer.

I was (and am) torn about that.  As much as I really want that 8-pointer, or even that wide 6-pointer, I want meat in the freezer first and foremost.  I told Dad that he could have shot him. Maybe next time.

At lunch, Dad ate half of what he normally eats so I know that he still doesn’t feel good.  It was really warm when we headed out after lunch.  I sat while Dad walked a bit.  Our goal was to get back to the Sky Condo in enough time to be settled as the light started to fade.  There was rain coming and we were hoping for some movement.

On our way back, Dad had to stop more often to rest.  When we made it, he draped himself over the edge and tried to take a nap.  He would have laid down on the floor, but it was wet from rain the night before.  I wanted to called it.

Dad, this is stupid.  We are going in.  It is just the first weekend.  You need to be healthy to drag my deer out of the woods!

We were home by 3pm.  Dad is recovering and should be better for this weekend.  I was able to get home and get my son to bed at his normal bedtime, which was a plus for all of us.

It was not a great opening day, but we saw deer.  This week, we will be out Friday afternoon and all day Saturday.  I am hoping for that 8 pointer, but I will take the wide 6.  My goal is to have a complete set of (even) racks; I have a spike horn (my first), a 10-pointer and the crotch horn that I shot last year.  I need a 6 and 8 point rack to complete the set.  If I shoot the 8-pointer, any of those crotch horns could be 6 pointers next year =)

← Maine's Deer Herd in 2013 So much for respectable stand placement →

I spy with my little eye... I snapped a few pictures of this critter as it scurried across the lawn.  It was hard to see when he was in the brush but I got a few good ones when he came back out onto the lawn and again the next morning.
Read More