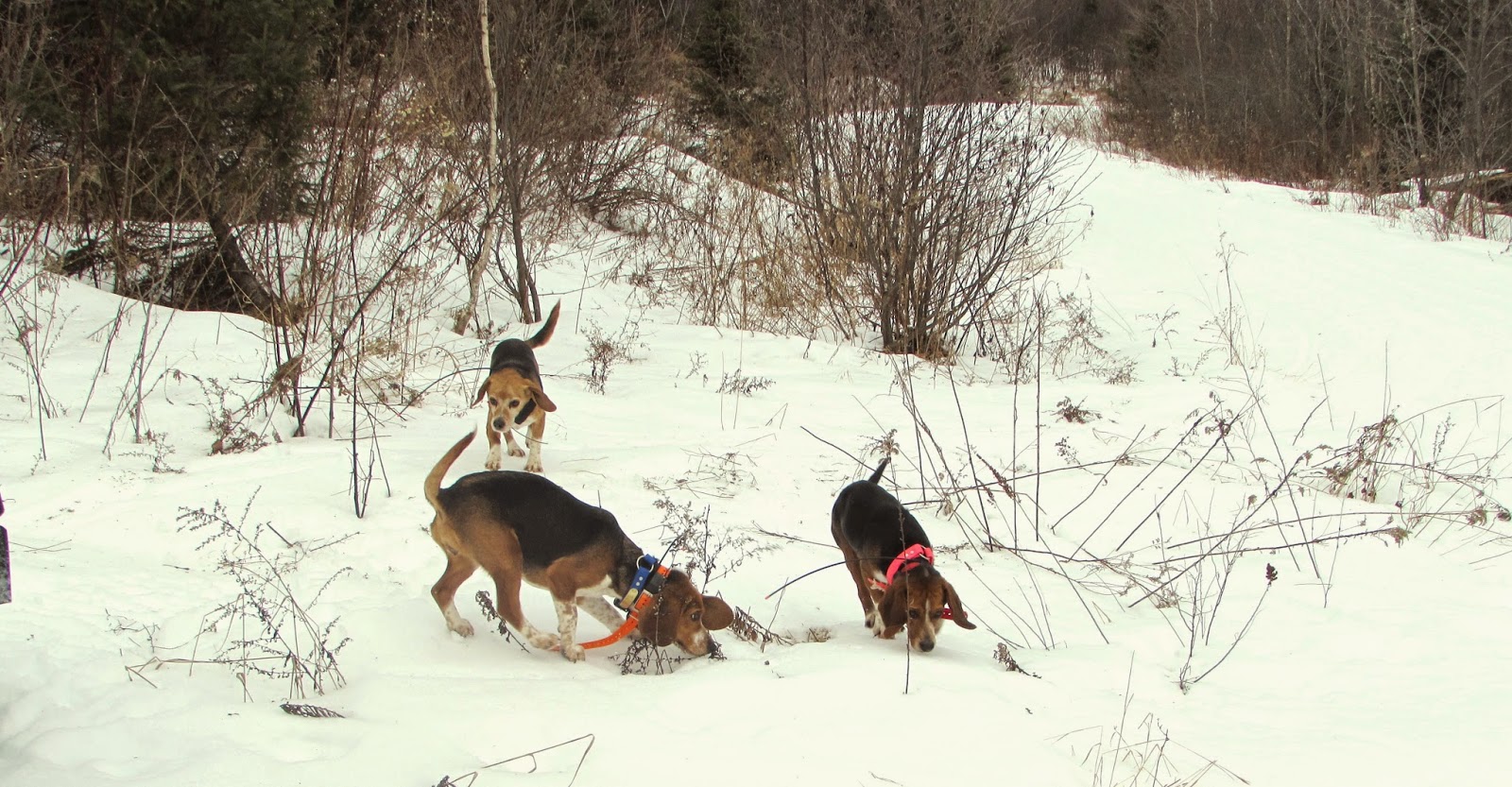 The first of four snowstorms was on it’s way when we headed into the woods.  I was pretty sure that we could get a couple hours of rabbit hunting in before I had to head home.  This would be my first attempt at small game hunting so I was excited and eager to find out how it was done.

I met up with my cousin Hillary and her finance, Lance to go rabbit hunting with their three beagles.  We loaded up our guns, snowshoes and gear onto snowmobiles and headed out to see if we could get some meat.

Our first stop was a quick trip through a grown up boggy area.  It was thick and there were not a lot of animal signs.  The dogs could not find a scent so we moved on. 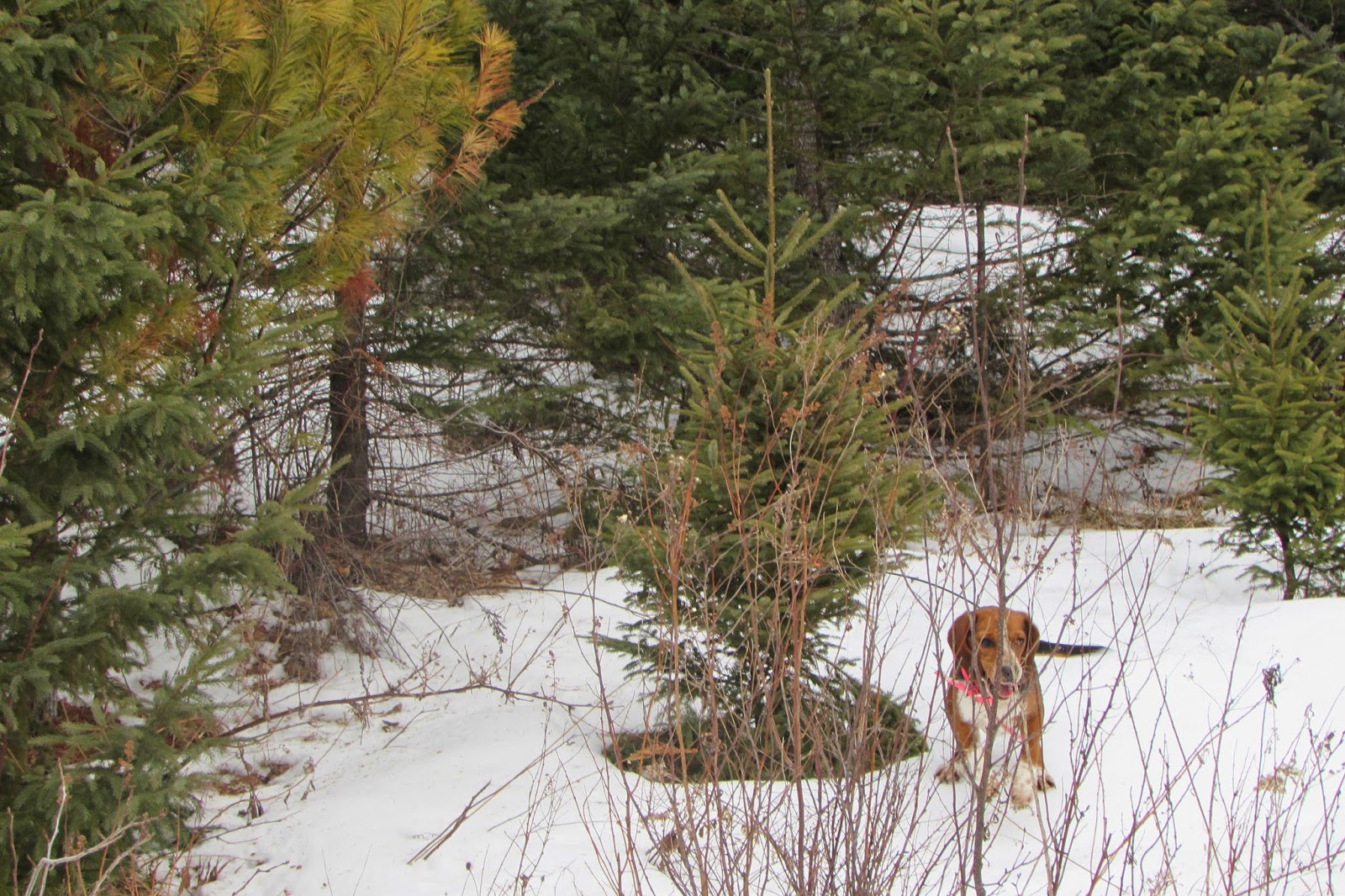 The next stop was at the end of a random snowmobile trail.  The woods were totally different than the spot we had just come from.  There were animal paths and lots of rabbit tracks and poop.  Fresh poop is always a good sign when you are hunting.  The dogs started running when we let them off their leashes and by the time we walked down a couple of paths, their barks changed and they were on the scent of a rabbit.

Lance showed me the GPS so we could watch where the dogs were running and see how big the circles were that the rabbit had them running in.  They made a circle off to our left, then our right and then headed straight at us.  We crouched and started watching for movement as the barks got louder and closer.

Then, a shot.  Hillary had shot at the rabbit as it ran past her and up the hill towards the snowmobiles.  Unfortunately, the rabbit was too far away. Lance and I never saw it and it was the only shot we would take while we were out there.

We walked more and listened as the dogs picked up another scent.  They ran two more circles around us before we started rounding them up to go home.  No rabbits for us this time but it was fun being in the woods and seeing the beagles work.

We may try to go out again before the season is over.  It would be fun to actually get a rabbit this season and learn how to skin it and clean it up to eat!

I have blogged before about women's hunting clothes, or the lack thereof.  This year, as I prepare to take on turkey season, goose season and my beloved deer season, I am starting to really look at what I wear and what I need to stay warm and mobile.  I'm a...
Read More

I got this book for Christmas. I asked for it. I saw it mentioned on a blog that I follow and put up a notice that it would be a great Christmas gift. I got it and started reading it, hoping that it would get better with the next chapter. I really wanted it to be...
Read More