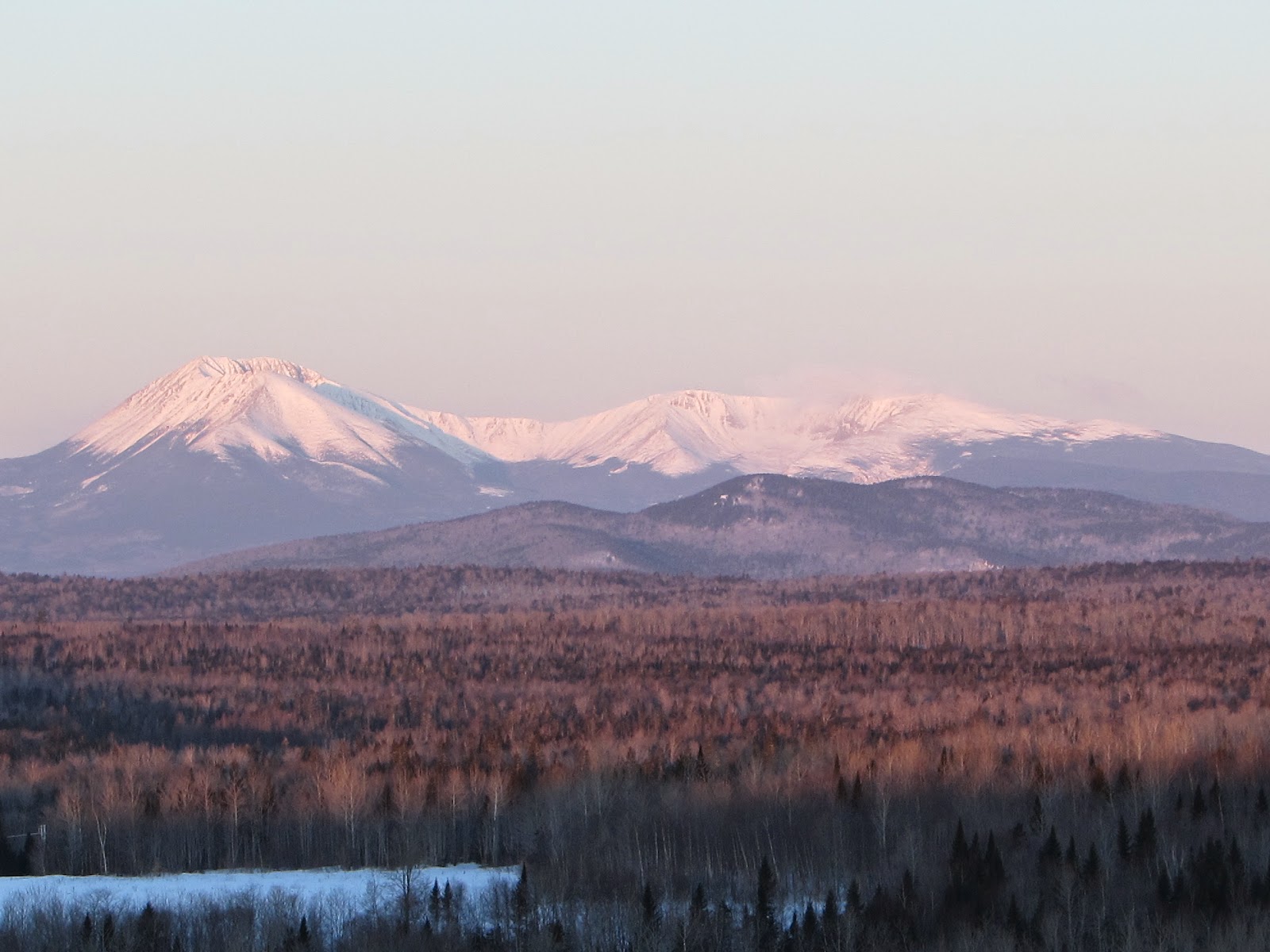 I had been awake for five hours when we pulled into the IFW office in Ashland at 8am.  It was deceivingly beautiful out with the bright sun and deep blue sky but the wind kept the temperatures close to single digits.  Still, we knew once we were in the woods, we wouldn’t be thinking about the temps.

Our group was fortunate enough to be going out with bear biologists Mitch Jackman, Jake Feener and one of the most well known biologists, Lisa Bates.  It was a 17 mile truck ride into the woods from the office followed by a two mile bushwacking snowmobile ride to the den.

This particular den had been marked in January when the biologists had shown up expecting to see mom and two yearlings.  Instead, they heard cub cries and immediately left to come back in March.  The bear, named King, is seven years old.  Her mom BB (for Bartlett Bear) had been denning in this same area until she was harvested during the hunting season a few years ago.  After that, King moved back into the are and started denning there herself.

When we arrived near the den, Lisa took a reading to make sure that the collar was working and that they could get a signal helping them confirm the location of the bear.

As we got off of the snowmobiles and prepared to hike to the den, Jake and Mitch headed up the hill ahead of us and got to work opening the den and giving King the drugs that would allow them to get information on her and the cubs’ health.  We could not wait to find out how many cubs and how healthy each bear was, especially after finding out that the last set of cubs did not make it to be yearlings.  There are a lot of unknowns when you start opening up a bear’s den.

We waited half way down the hill with Lisa while the drugs to take their affect.  We talked about being a bear biologist and how you never know what will happen.  The day before, Mitch had been the one to administer the drugs to the bear and when he went to do it, she bluffed charged him.  Both parties were stunned when her nose actually hit him in the forehead.  Neither of them had expected it and shocked them.

The bear study areas in Maine have been going on for years and years.  Once the bears become a member of the study group, they become aware of the biologist yearly trip and they know what is coming.  Lisa talked about times in which the bears would bite or swipe at the needle coming at them, even though they could easily bite or swipe at the arm reaching in.

Finally, we got the ok and walked up to where Jake and Mitch were.  They had pulled down sleeping bags from their packs and laid them on the snow in preparation for King and her cubs to be taken out of their den.  Jake asked if any of us wanted to look into the den before any bears were removed.  I jumped at the chance.

When we were done with the up close look at the den, it was time to take the cubs out…

A seat with a view

Since starting my hunting career, I have built 2 tree houses (the most recent one dubbed the Sky Condo), sat in a sketchy tree seat and had Dad pimp out a tree seat, from which I shot my doe and my 10 pointer this year. This is the first place I ever sat alone in the...
Read More

Look at the babies!

I was thrilled to see these pictures on the camera.  I dont think I have ever seen a fawn this little in the pictures.  We had three of them, but he was in a hurry so this is the least blurry one.  I can not wait to see if there are more pictures when...
Read More