A couple of weeks ago, I was lucky enough to catch Don Kleiner of Maine Outdoors with some free time on his hands and convinced him to take me fishing.  We could not have picked a more perfect day to be away from the world and on the water.

We set off to catch Smallmouth Bass.  Having caught my first fish with Robin, I was hopeful that I could at least catch something besides grass.  Don was brave enough to attempt to teach me how to fish a few years ago and I hoped, as I stepped into the boat, that I had improved my skills a little bit since then.

Our first spot was a fairly shallow spot near some overhanging trees.  Don taught me that fish do not have eyelids so when it is sunny out, they usually hid in the shade so that they can keep watch over any predators that may be around – like eagles, osprey or us.  My first cast was horrible but I kept reminding myself that I did just fine with Robin and needed to not over think it.  The next few casts were a lot better.  Don would point out a spot to cast to and I would try my best to hit that spot or as close to it as I could.

Before too long, I had a bite and reeled in my first fish of the day!  We took some photos, tossed him back and continued to cast.

We went to four different spots on the pond and second was my spot.  At my best, I was catching fish on my second or third cast.  Some were nice and legal, some were small.  They were all smallmouth.  Don caught a pickerel and a largemouth as well as a bunch of smallmouth.

It was a lot of fun to work on my casting and learn more about fishing in Maine.  Don is a Master Maine Guide and takes all kinds of people out fishing through his business Maine Outdoors.

At the end of the day and after catching maybe 15 fish on my line, I had two bass that were coming home for dinner.  I was pleasantly surprised and learned a lot about how to work on my cast, side cast and what happens when you hook a nice big branch (I never lost the lure!) and need to retrieve your line.  I was able to work on my casting, my comfort level and learn so it was a fantastic day outside. 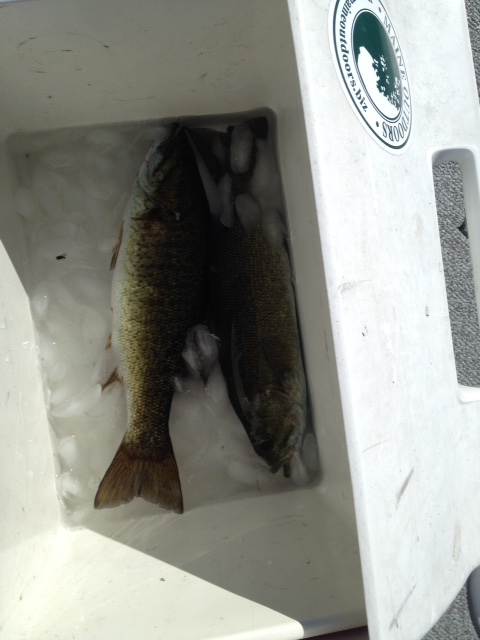 Already this summer, I have fished more than I ever have before.  I am still freaked out by hooks and the idea of having one piece through my skin, but the more I fish the more comfortable I will hopefully become.  It is a lot of fun and maybe I can get my kiddo interested soon!

It was a great day on the water with Don and hopefully, I will get to be out a few more days before my thoughts and plans change over to bear hunting. 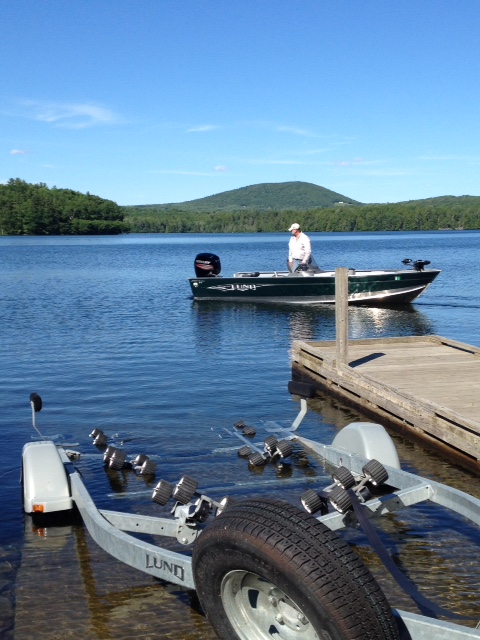 My trail camera sent me a picture of a big, wide 6 pointer that was in the area where I was headed.  I wondered how far he might have traveled between then and when I would be in the woods. It was an off morning.  My son wanted to hunt but was complaining about his...
Read More

There are few places were I live that are open and green.  There are pockets of city forests or walking trails but there are no real places to get out and explore the woods and ponds.  I forget that until I happen to see ducks or geese swimming in these...
Read More