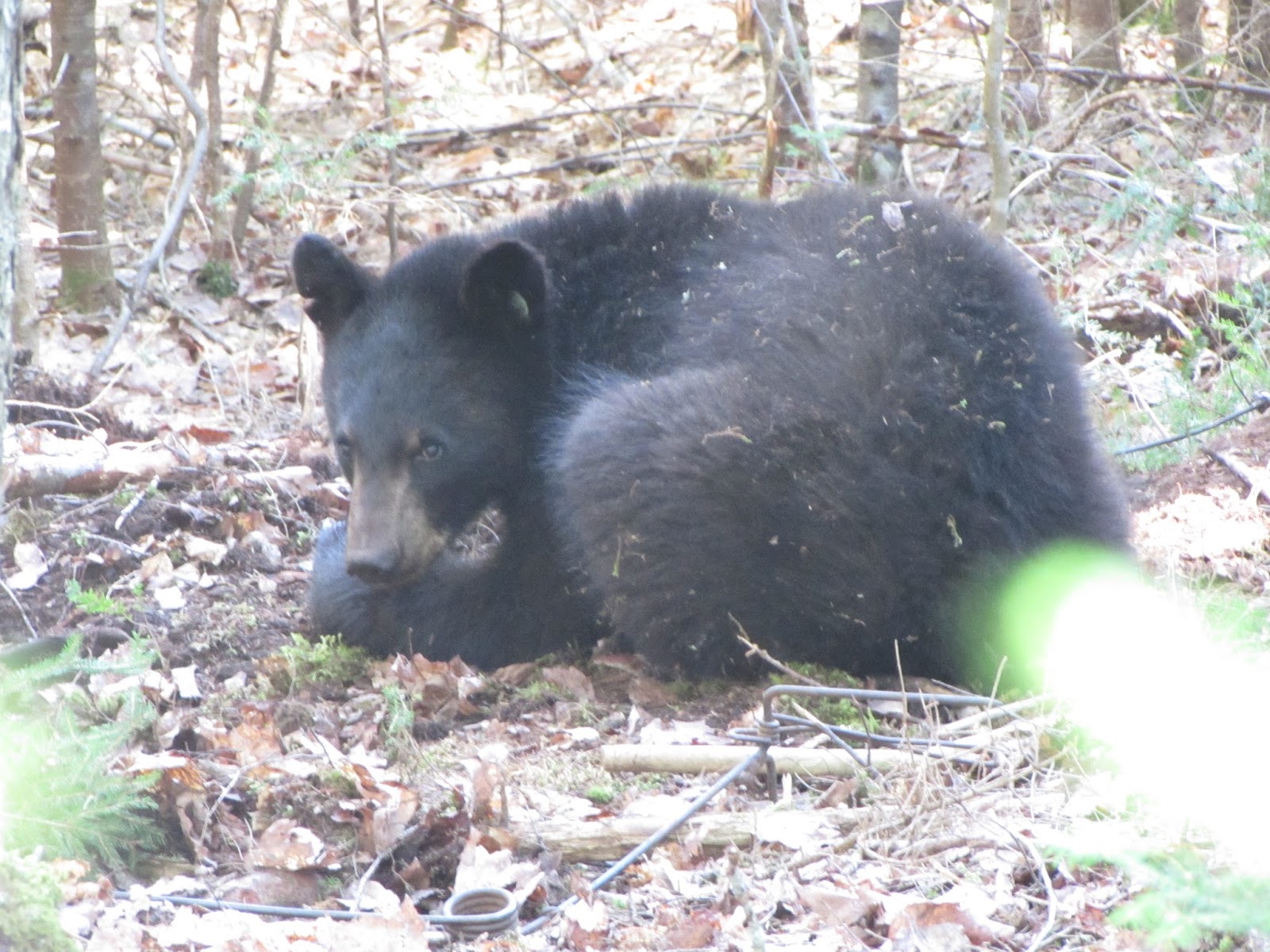 In Maine,
it is easy to brag about our bear biologists.  I did some quick math and
with conservative estimates, Maine’s bear biologist Randy Cross has spent more
than 72,000 hours studying and working with our black bears.  That blows
Malcolm Gladwell’s 10,000 hour rule out of the water.  I was lucky
enough to tag along with Randy and his bear crew, including Lisa Bates, as they
started running their trap lines to check the health of our bears.

I met Randy and two of his team mates, Preacher and Roach,
as they headed out on day 3 of the 2016 trapping season. Their goal during the
six week season is to collar as many females as possible while also getting the
stats (weight, length, canine tooth size etc) of all of the bears caught.
Starting off slow, they continue to add traps until they have about 100 spread
across the study area.

We had a list of places that we needed to check. We headed into a system of dirt roads to begin checking the traps that
the teams had set the day before.  In Maine, all traps must be checks
every 24 hours, so the bear crew breaks into groups to cover as much
ground as possible. Having
done this for so long, Randy knew the bears in the area and what he hoped to
see at each location; be it a sow with yearlings/cubs or some big males that
had been trapped before.  He also knew how they would be acting; hungry and
anxious to make up for the weight lost over the winter but not hungry enough to
be walking the roads to eat plants like wild strawberries.

The first
three traps that we checked were empty.  There were signs that ravens had
found the bait at one site and of bears passing through but not stepping on the
trap itself in others.  On the fourth site, we had our first bear of the
day!

It was a
yearling who was laying down and watched us as we approached. Randy walked
towards the bear to get it on its feet while Roach walked along the edge of the
trap circle and found the perfect spot to jab the bear with the sedative. Once
that was done, we left the bear’s line of sight and waited for 7 minutes before
we went back.

Preacher
removed the cable from the bear’s front paw and helped to get him flat so that
they could begin to get measurements; 61 pounds with canines measuring 14mm.
His ear was ripped, which they marked down as a distinguishing characteristic along
with the number tattoo’d on his upper lip.
The crew worked fast and were always checking to make sure that the bear
was not overheating.  His fur was still
thick with his winter coat but he was a beautiful, healthy bear.  I took a few photos and they moved the bear
away from the trap to wake up and continue on his way.  The crew would come back later to reset the
trap.

The next
site that we went to also had a male yearling.
Like the first bear, he was laying down and watching us approach.  Repeating the process and checking the tag
numbers in the bear’s ear, this was the first repeat catch of the season.  Randy explained how, although it was earlier
than normal, yearlings were being cast off by their moms and these young males
were now traveling miles to find food and new territory.  In the first three days of their trapping
season, Randy said that 8 out of 10 had been male yearlings.  We met Lisa and her team after all of
the traps had been checked.  They had
caught a two year old, 64lb male on their line and were now strategizing over
which trap lines to add to their system over the weekend.

As Mainer’s, we know how lucky we
are to have such dedicated and passionate biologists working for our
wildlife.  Being able to watch them work
in their element, gives you a whole new appreciation for all that they do and
the amount of knowledge that they have. You can tell why they are the best in the country! 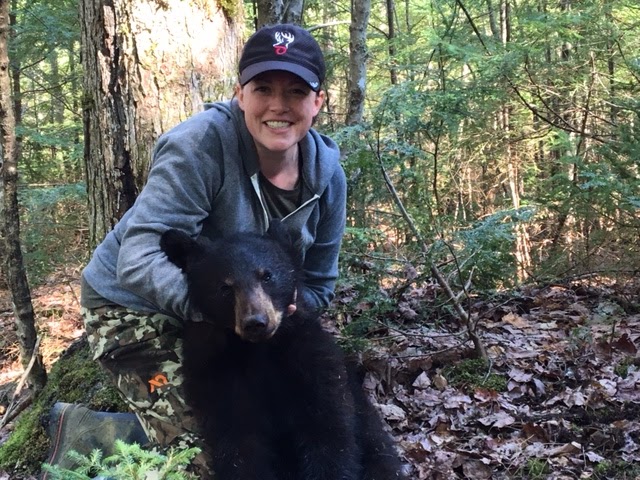 I bought into the Hollywood version of trapping.  I sat on my couch in my warm house and watched the guys on Mountain Men check their traps and through ‘that could be fun.’ I watched as they put their traps out, checked them the next day, skinned an animals and...
Read More

The big boys are still around

Well, I can still look at the photos right?  Since Dad and Hubby still need to fill their tags, we are still looking at the trail cameras to see which deer are around.  It is also fascinating to see how the deer change their behaviors as the season...
Read More