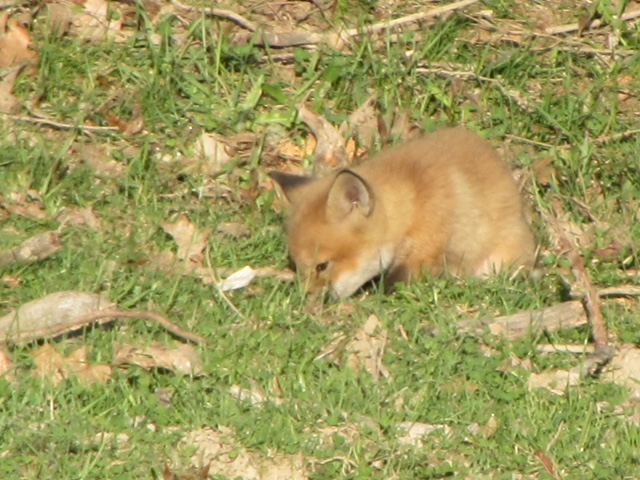 For three days leading up to my turkey hunt, I woke up and looked at the clock to figure out how much earlier I would need to wake up to be at Staci’s house on time.  Aside from ticks, the worst part of turkey hunting is the early start time.

The day of my hunt arrived and armed with my coffee, I drove to Staci’s house to find some turkeys.  Her husband, John, agreed to be our designated turkey caller. Deer ran through the woods off to our right and a partridge drummed continuously as we walked to our first spot.  The world was waking up all around us but there were no turkeys to answer our calls, so we moved.

I spotted the first birds of the morning, a tom fanned out with three hens (or two hens and a jake) so we parked the truck in the next field over and started making our way towards the birds.  Staci and I crawled on our stomachs to the edge of the hill and watched as the tom answered every time John called but it would not cross the field to come towards us.  We skirted the field in an attempt to get closer but by the time we made our way closer, the turkeys were gone and would not answer us.

We got back in the truck and continued driving.  The sun was coming up and we kept an eye out for the sleek, reflecting backs of turkeys in the fields.  We were going slow enough that we were able to see a different animal out and about; fox kits!

There were 4-6 kits playing and eating along the side of a bank.  We knew that we shouldn’t waste too much time, but they were adorable and didn’t seem to mind the truck stopped on the edge of the road.  A couple of them were eating.  Others were pacing the ridge and watching their siblings. 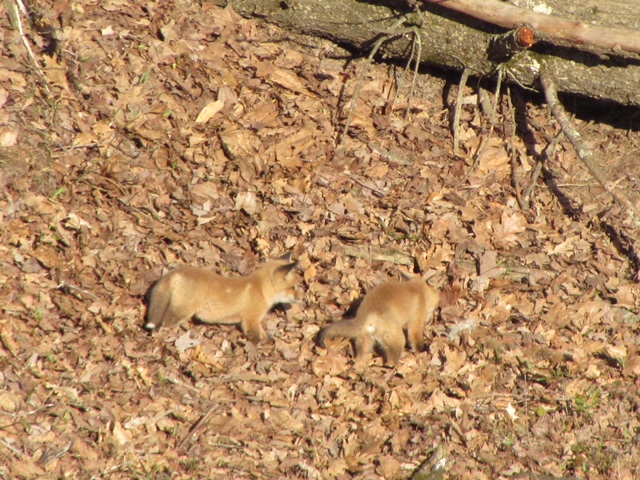 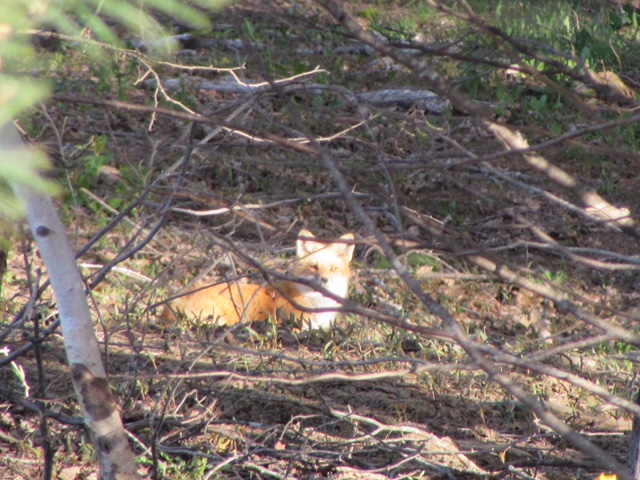 I had never seen fox kits before; especially not out in the open and playing like they were.  Experiencing things like this make getting up SO early worth it.  Staci and I snapped a few more pictures of the kits and mom and continued on our way to find turkeys.

← Thank you, George! NEOWA Sportsman of the Year →

As I was frantically trying to get myself and O ready for the day and out the door, I was stopped in my tracks by the sight of these birds at my feeder, just 10 yards away (I know this because of my set up shooting my bow.)  There was 12 of them, just picking at...
Read More

When you kill a bear in Maine, you are legally required to submit a tooth to IF&W so that the bear can be aged and logged into the records.  Each tooth is cut, like a tree, and the rings are counted. Biologists can learn about the health of the bear and it's...
Read More

This could be the best season ever when it comes to trail cam photos of the deer around the Sky Condo.  Hunter or not, how can you not love and respect these great animals?!  I can not wait until deer season starts.
Read More