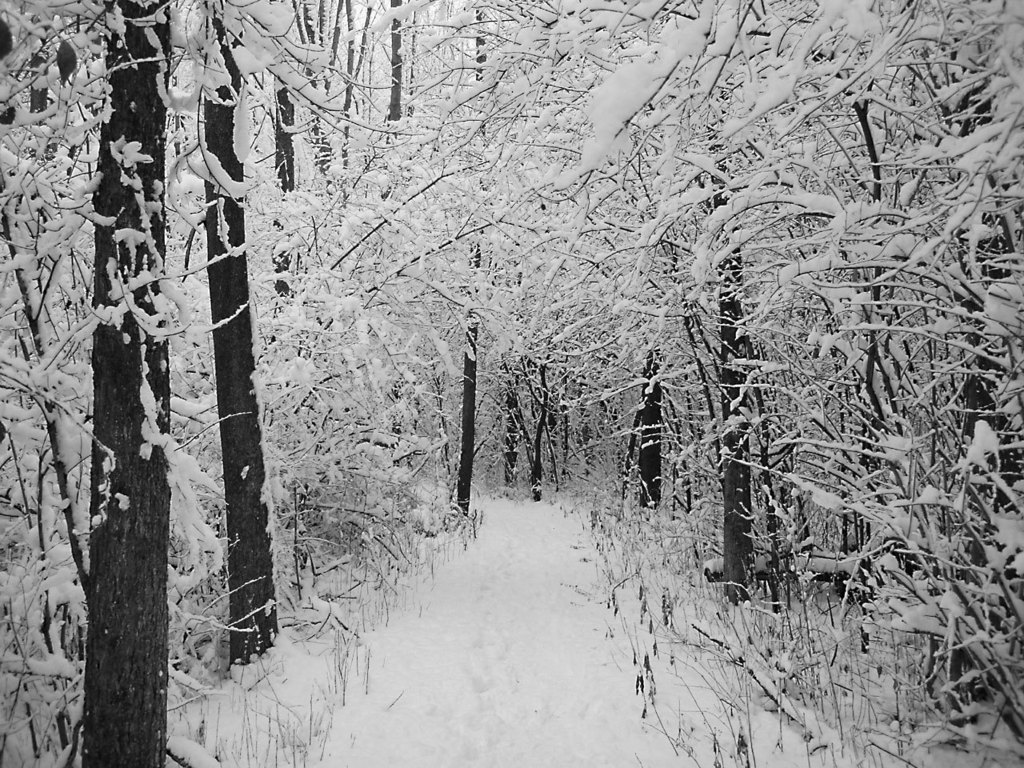 So, I am anxiously awaiting the first few snowflakes of the season… I love snow. I love it a lot. Last year was the first year I had hunted in the snow and it was magical. It was so quiet and the temps would change just enough that it would go from snow to a wet snow to a light rain and back. Dad and I were drenched but cold enough to keep our gloves on. We sat and sat and sat. Then walked, walked, walked. When we were getting ready to call it a morning, we saw a single track. Like kids on Christmas morning, our energy levels sky rocketed and we started to follow. It was a fresh track and we split up.

I had never tracked a deer before. It is not nearly as easy as you may think. I stayed on the track while Dad tried to cut us off by going way right. The deer meandered his way past our sky condo (if we had been sitting there, we could have shot him), past a neighbor’s tree seat (if they had been there, they could have shot him) and Mr. Deer walked in my boot tracks from earlier in the morning. Dad and I met up and switched roles. Dad tracked and I stood in one spot to wait for the deer to circle back. 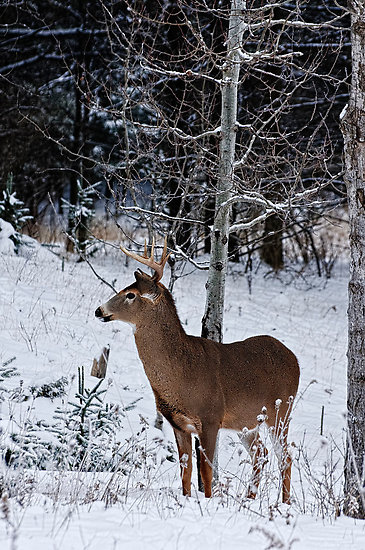 Dad followed the deer a few miles to a pond that sits at the end of my parent’s road and a main road. The deer went into the thick brush and tress that surround the pond and being so close to houses and the road, Dad smiled and came back to get me. As we were again heading out of the woods, we saw a 2nd track made by another deer. It was many 50 yards from where I had been standing, but down over a knoll. There was no way I could have heard him, but he was out there with us, enjoying the snow.
It probably doesnt sound as much fun as it was, but take my word on it – tracking a deer in the snow is fantastic!

Now, as the season kicks off in 2 days and the snow is starting to fly, I am so excited to see what sort of adventures Dad and I have this year. And if it snows again, I will take real photos so I dont have to google seach pics = )

As a funny follow up to Steve's blog about coyots, I was going through photos for my Dad's album (every year that we get a deer, I add more pictures) and found these. Dad found this deer last year when he was out walking around and I was in my seat. It was, as you can...
Read More

Thoughts from a Tree Stand

This is my second blog. Check it out, let me know what I am missing or what I should add to it. And again, THANK YOU!
Read More

Chattin with the Commissioner

Over the past year or so, I have interviewed Mr. Woodcock about a variety of different things concerning the deer population, funding and land conservation. With this year's deer numbers coming in above average, I figured it was time for another check in. I have some...
Read More