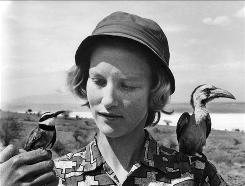 A few weeks ago, I got my hands on an Op-Ed piece in the New York Times (thank you Steel!) that talked about the need for armed guards to protect the poaching of wildlife throughout the world, specifically in parts of Asia and Africa. The author, Elizabeth Bennett from the Wildlife Conservation Society describes these places as having seen a significant decrease in poaching once the armed guards were present. The call to action was clear; the more armed guards there are, the more animals will be saved. Clearly, it is the only way to protect them, right?

As I read the article, Joan Root flooded into my mind. One of the best books I have read is “Wildflower: An Extraordinary Life and Untimely Death in Africa” By Mark Seal. This woman worked her entire life to protect and advocate for the conservation of animals in Africa. There are so many people like her and books about the efforts being made to protect the animals that are in critical danger of being killed off: tigers, gorillas, elephants, rhinos etc. Glancing at my bookshelf, books like Rick Ridgeway’s “The Shadow of Kilimanjaro,” Tony Fitzjohn’s “Born Wild,” Seal’s “Wildflower” and countless Hemingway books and stories all advocate for conservation efforts dating back to the early 1900’s. 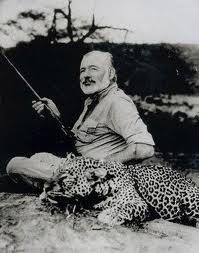 Hemingway (my favorite author) writes passionately about hunting in his book “The Green Hills of Africa” and “True at First Light” (published posthumously 100 years after his birth). He acknowledges the cultural aspects of hunting and preserving a way of life and an ecosystem that is dependent on healthy animal herds. These books share common themes of individuals and groups trying to protect the natural beauty of Africa as well as raise global awareness to the ecological problems plaguing the lands.

So my offer to Bennett’s how to stop poaching is this: remove the money. Armed guards will not stop the demand for ivory or rhino horns, they will just make it harder to get but the demand will still be there. The incentives to poach will still be there and as long as it is, poaching will continue to be severe problem in the conservation efforts around the world. In one of the last lines of her Op-Ed, Bennett writes, “Rangers in Ndoki also enforce agreements that the government has made with logging companies to ensure that hunting and the bushmeat trade do not follow” but is it really helping the cause? The solution has to be more than just putting more armed guards in place. While they might slow down the rate of poaching, it will not end it. There needs to be a cultural shift. 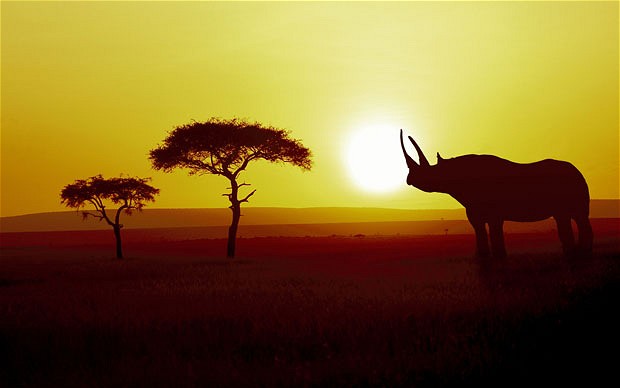 Joan Root worked to do that. Educating the next generation and those that follow is critical. Teaching our kids about what conservation is and how important it is, is crucial to ensuring that these animals do not die off. We need to lead by our actions and not just words. People do not like to be told what they can or can not hunt, but the importance of keeping a herd healthy is something everyone can agree on.

For us, in Maine, we took a 46% drop in available doe permits going into the 2011 hunting season. The drastic cut was done to ensure that the population could begin to come back after harsh winters and an increase in the coyote population. But were there deer taken illegally last fall? Absolutely. I live in a State where people shoot deer because they need the meat in the freezer for the winter. I heard stories from my grandfather about shooting deer all year long to provide for the family. And while I agree that if everyone felt that they could go out and shoot a deer to provide for their family, we would be in trouble… educating future generations can help stop poaching and create a respect for the animals and the ecosystem they inhabit. Two generations later, I am not out shooting deer whenever I can.

People like Joan Root have been advocating for conservation for decades. Maybe someday that message will finally have the impact it deserves.

When you kill a bear in Maine, you are legally required to submit a tooth to IF&W so that the bear can be aged and logged into the records.  Each tooth is cut, like a tree, and the rings are counted. Biologists can learn about the health of the bear and it's...
Read More

At this point, Staci and I just say that we are doing shed hunting but in reality, we just walk through the woods and see what we can find.  Our latest trip was quite the adventure.  I took Staci to T3 and showed her where Dad had shot his doe.   The...
Read More