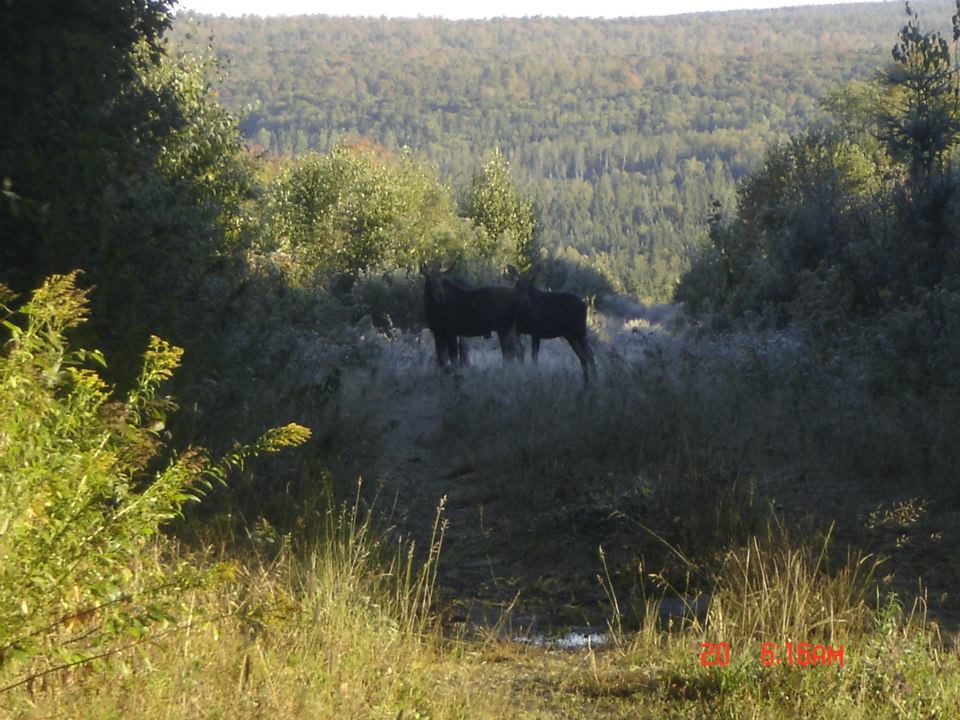 This year, Dad and I decided that we would sit out of the moose lotto. It made sense. In 2010, when Dad was picked, we spent a solid 8 hours a day riding the roads in his truck looking for moose, walking around in the woods calling for moose and seeing a lot of hunters and only 1 dead cow. Since we know the time commitment that we are looking at if we get picked, and with me nursing a 4 month old come October, we decided to not apply for a permit.

But, with the new Maine Moose Lotto revamped from what it was in 2011, Dad and I could still get points for applying and ensure our names were not entered to be drawn for permits. For each year that you apply and you do not get a permit, you gain a point. I am up to 5 points right now. The catch is that even if you don’t want a permit, you still need to pay the fee of $15. So, for Dad and I, we paid $30 and will just gain a point each.

“I don’t see the point in wasting the money this year, sadly. With some households getting more than one permit and most people getting none for years on end…its not something I can afford to throw money away on.”

“I lost my points once when I didn’t put my application in, so now I’m down to only seven. I don’t think anyone should lose points for not applying every year. **We pay for those points.** I don’t think we should get points for years we don’t apply, but taking away something we paid for isn’t right.”

When I asked the Commissioner about this, he said “The legislature debated the payment in the exact situation that you describe and decided that the fee should remain if the applicant was remaining in the point process. It is, therefore, in statute.”

It is an interesting dilemma; while I am not a fan of paying the fee to really get nothing out of it, I understand where the money goes and the need to keep the funds coming. At the same time, losing points for not putting in an application is a catch 22 that forces people to pay the fee even if they don’t want the permit but want to maintain the points.

With this new system, the probability of people getting a permit after waiting for years has gone up considerably. If you get drawn, you must wait 3 years before being eligible to get a permit again, which opens up more slots for new hunters. A Maine Moose permit is something that is a coveted thing in the hunting world and when I visited the tagging station last fall, I met a few hunters who had shot their first moose, on their first permit drawing after 32 years.

So, my question to you: would you pay the $15 for a point, knowing that you would not get a permit? Do you think it is worth it?

← Youth Hunting where you are Wanted: An Organization that supports me! →

We had to revamp our hunting plan since we were now one hunter down, but Dad and I stuck with what he knew would work and where we thought the deer were. I started the morning in the Sky Condo and when it was clear that nothing was moving through, I headed to a tree...
Read More

The bucks have arrived

Last fall, we had somewhere between 7 and 10 bucks of all sizes around the treestands.  The biggest bucks we have ever seen showed up a few years ago in mid-August.  This year, we had only does on the cameras.  Sometimes two, three or four but never any...
Read More