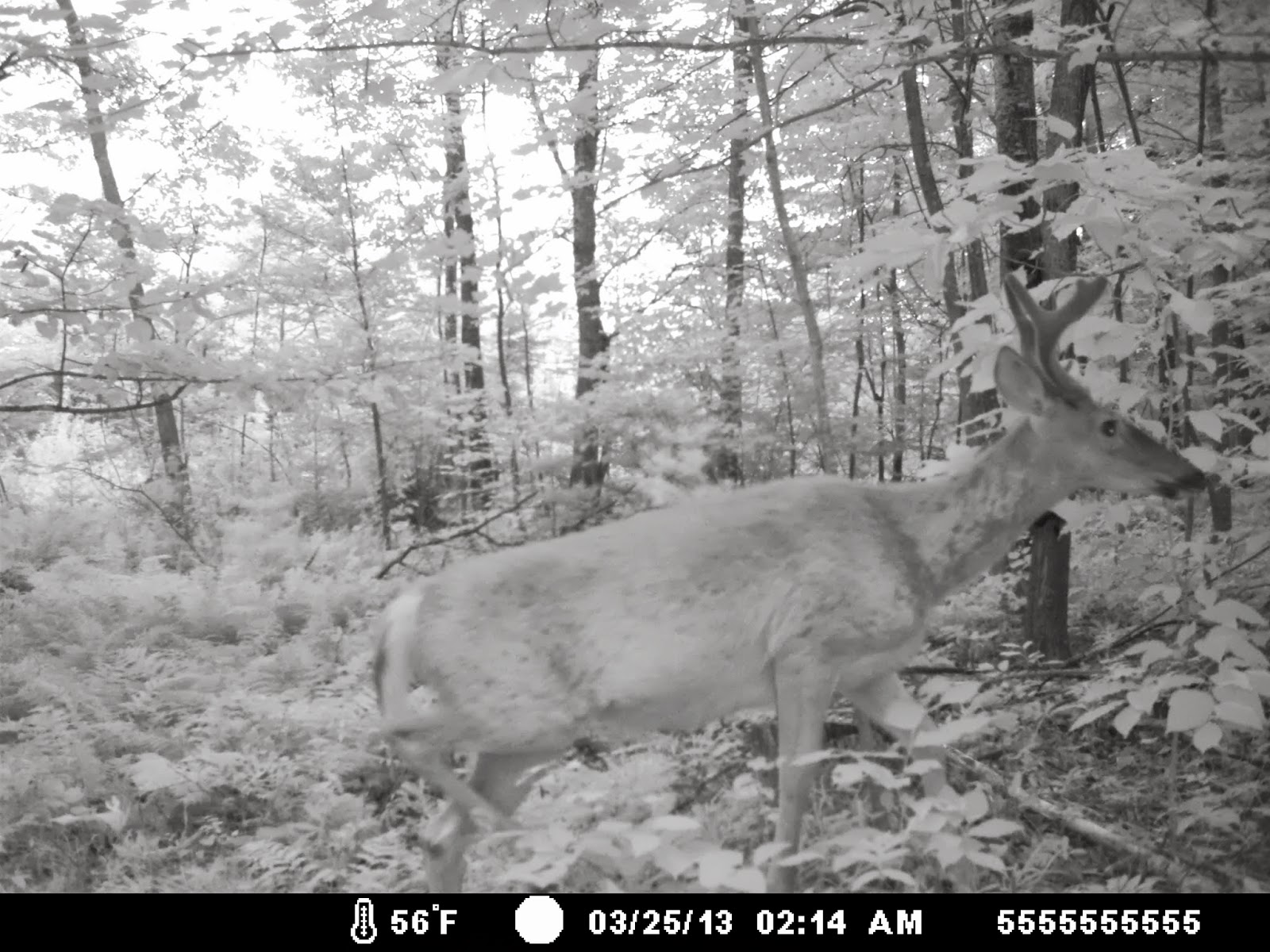 This little story has been locked away since last season.  I was sworn not to share it.  It was a story I was willing to lock away forever.  But, when Dad told a few people, it was like getting the ok to share it.

Dad and I were in the Sky Condo the weekend before the last week of deer season.  It was about 3:30 pm and we were waiting to see if any deer would come in.  To look out from the SC, the left front corner has canvas around it to help cut the wind down.  It can also cut down on a clear view of the woods from that direction but move about 6 inches to the right, and that small piece of woods is visible again.  That is where I was sitting; about 6 inches to Dad’s right.

We heard a noise and Dad lifted his hat off of his ears.  I assumed it was a squirrel.  We have never seen or shot a deer in the afternoon, always the morning.  I looked in the direction of the noise and there was a crotch horn.

My Dad is awesome.  He has amazing hunting stories and has shot a lot of deer since his first deer at the age of 12. Dad shoots left handed.  As this buck was making his way out of the woods, I spooked him just enough that he started to turn and quarter away from us.  Dad leaned to his right, lifted the gun and shot.  The deer crumpled in a heap.

I remember asking Dad if he was going to get down and he shrugged and looked out at the dead deer.  I called Mom to let her know that we might be home later than normal because we would need to gut and tag the deer. Before I got off the phone, maybe two or three minutes later, the deer starts kicking. Kicking and thrashing.  Dad and I look at each other and he starts to climb down the ladder to take another shot.

I sit there and watch the deer, still on his side, use his back legs to thrash and kick and plough his way through the grass and dirt and into the woods. What happened next, I will never forget.

Dad was walking around the woods, looking at the deer’s trail, and scratching his head.  There is no deer.  We looked along all of the trails that the deer have been using to and from the Sky Condo.  We look at where the deer dropped and there was no hair or blood. How could a deer drop like that, be out cold for so long and then wake up and disappear??  The only thing we could come up with is that Dad must have shot the deer at the base of his antler and it knocked him out cold.  When he came to, he pushed himself back into the woods, up against a tree and got on his feet and ran off.

We can laugh at it now, but we were both in shock.  Dad said in all his years of hunting, he has never had a shot like that, “I couldn’t do it again if I tried.”

The next weekend, we heard the same noise and assumed it was the same deer.  We had a photo of him on the trail camera at 9pm that very night.  And, I think we are getting some photos of him on the camera again this year… but we will see if this time, Dad can bring home some meat =)

← Guest Blog: It's all about placement Got it! →

I have been saving all of the 'good' trail camera pictures over the years partially because it is fun to see the animals that were around but also because it is a reference check for what the norm is for our area. We have not had a lot of bucks on the trail cameras...
Read More

When I started writing for the Northwoods Sporting Journal, I had people reach out and share their stories and experiences in the woods. I would mark the emails and tuck them away to go back to every once in a while.  A couple of those stories have stuck with me since...
Read More