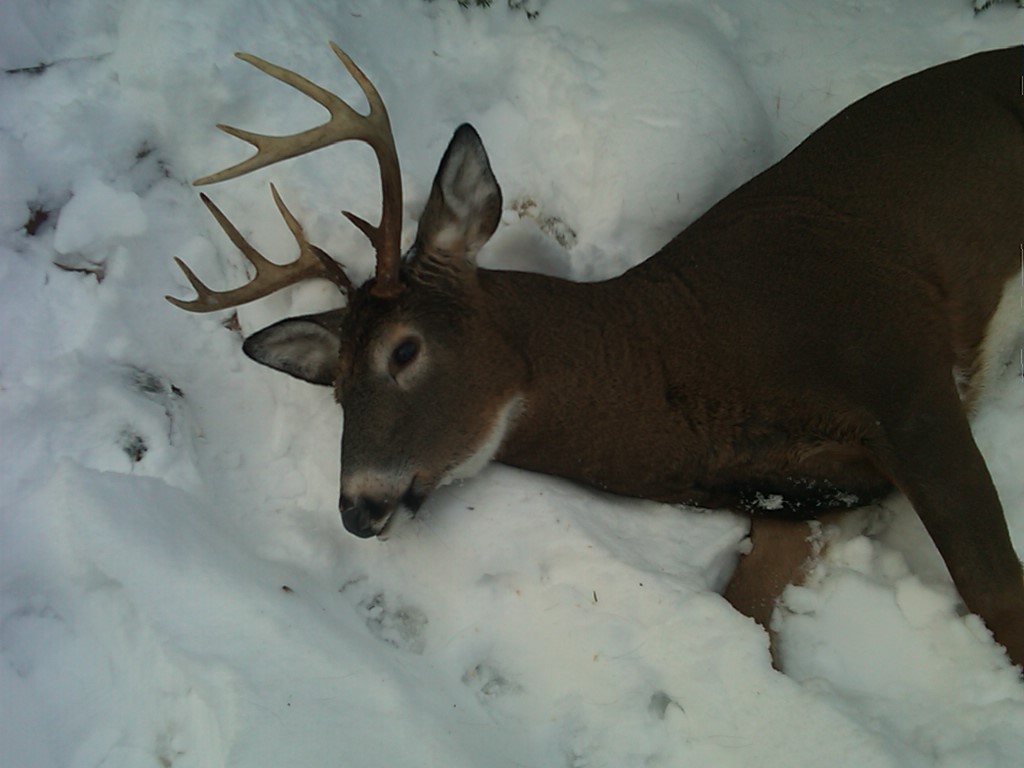 The closer we get to November, the more I am concerned about what life will be like for my beloved White-tailed deer.  In 2007-2008, we had a harsh winter with a lot of snow followed by massive flooding in the northern part of the State.  Since that time, the overall deer herd has been struggling to get back to the numbers we once knew.  Guides and older hunters talk about the days when you would see deer all the time and Maine was known for its ‘Big Buck hunting.’

While, I will always love to tell the story of shooting my 10-point buck, if we really want to rebuild our deer population and be a coveted place for deer hunters to come, we need to start looking at what impacts the deer and what we can do to help them.

We have heard over and over again that there needs to be work done to create healthy and sustainable habitats for deer and I totally agree.  But — there are other issues that could dictate how likely our deer population is to rebound and that are predictors.  Specifically the bears that we have in Maine.

On November 4, the health of the deer population will be determined by voters casting ballots to allow hunters to continue hunting black bear with all hunting techniques or it will be now illegal and there will be nothing but still hunting allowed which WILL result in a boom in the population.  The more bears we have, the more food will be needed to keep them sustained.  Everything from attacking bird feeders and bee hives (also in danger of population decline) to preying on fawns and young moose is possible.  Those fawns are the future of the Maine deer herd – that same herd that we want to see grow and become robust.

Sadly, this part of the equation has been left out of the media campaigns.  The Humane Society of the United States wants undecided voters to see those adorable little bears or the poor bear in a foot snare being shot at point blank range.  They do not show the photos or stats of nuisance bears that are killed, what happens when over population sets in nor do they want people to do research and see that states who had once outlawed these same types of hunting are not frantically trying to overturn the measure and get their bear population back under control.  They might not want you to, but I do!

Maine has some of, if not THE best bear biologists in the United States.  Some biologists have been looking after and studying this population for 30 years.  For any out of state organization to claim that those biologists don’t care about these bears is ridiculous.  Knowing generations of bears and seeing sows birth sows who grow up and birth more sows… you get to watch their little family grown and expand.  For me, I want to know about the deer herd, learn their habits and enjoy being able to watch twins play around in the fields while their mom stands just inside the tree line.  That is what makes us hunters: our love of these animals.

We are also smart people and know that a healthy population is one that is kept in check and not allowed to over populate.  I would much rather see a target number of 5,000 bears be taken every year (bringing economic stimulus to camps, guides, meat processors etc) and know that the overall population will remain healthy and vibrant then to see there be aggressive hunting or no hunting of those animals.  It is just cruel to watch a group of animals go through starvation and disease because of over population and knowing that there is an easy solution.

To help or learn more, please visit Save Maine’s Bear Hunt or click the link to the right of this blog post.

The skull of a bear

I got my skull back from Lori and Jim at New Frontier Taxidermy!  They are incredible.  Not only are they tanning my bear hide but they saved my skull.  Saved it! A look into my bear's mouth  One of the things that I did not want to tell people was...
Read More