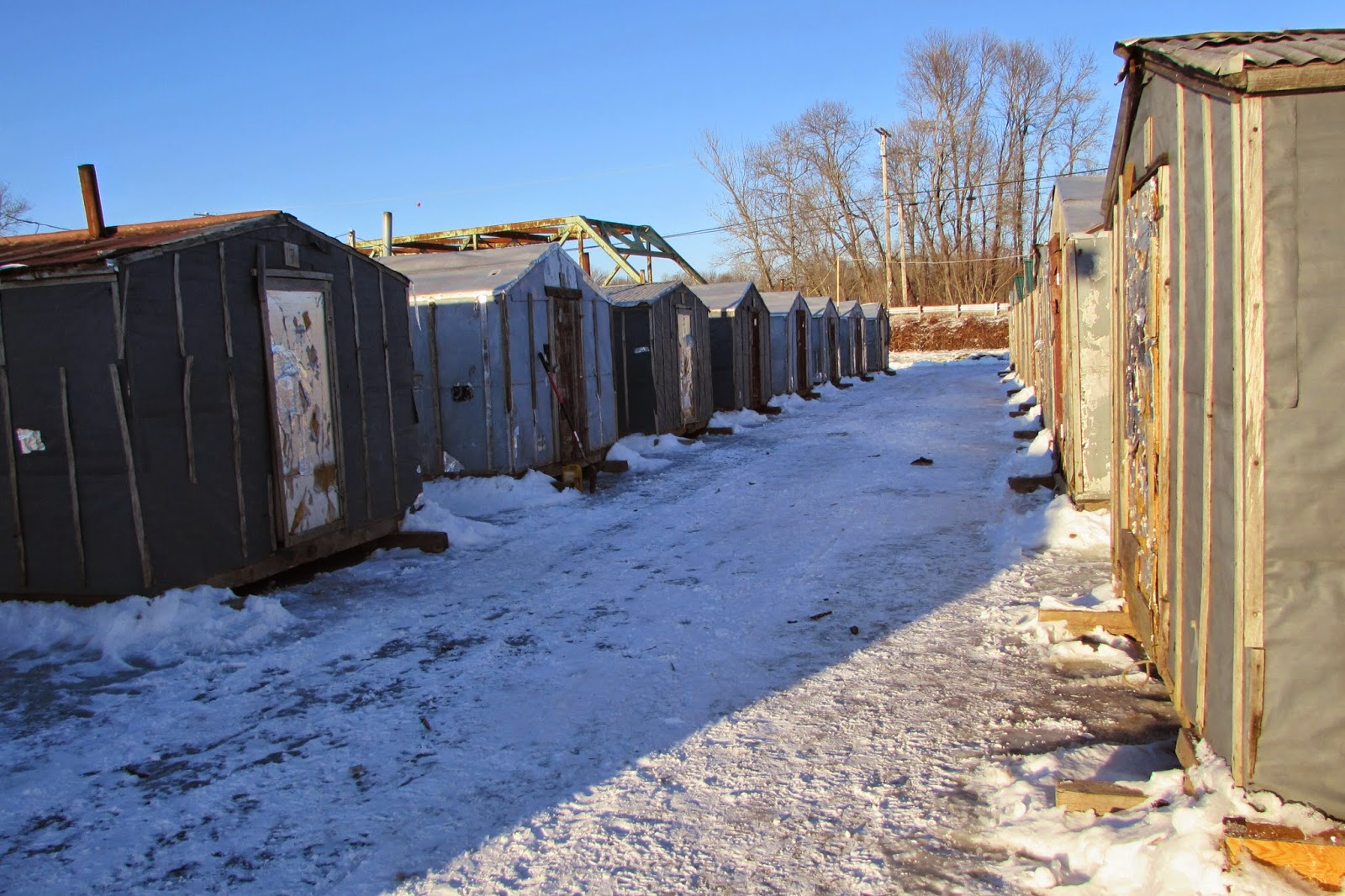 There is something about fishing that creates a community on the water.  I don’t really fish – I am learning, but I would not consider myself a fisherman, yet.  I am planning on going fishing again this spring at GLS but it’s been a while since I took to the ice to try and pull a fish out of the hard water. Recently though, I tried smelt fishing with my friend Jen. 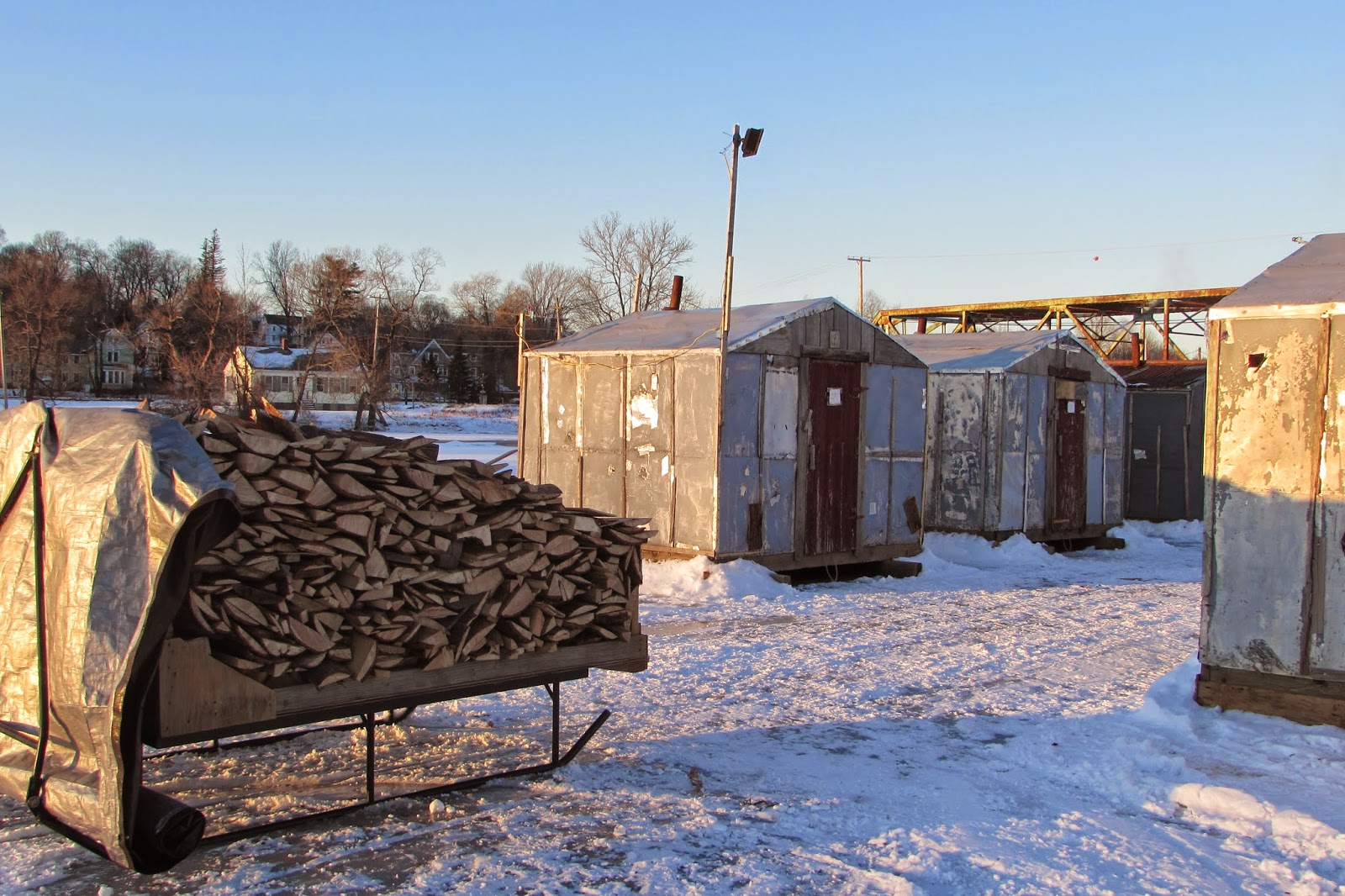 The wind was blowing hard but the heat in the shack was so hot that we had to rig the door to stay slightly open.  We even went for a walk down on the ice. As the tide was coming in, we could watch the ice shifting and rising just 20 feet away from where we stood.

As the sun set and the tide changed, we got our lines baited with blood worms and dropped into the water. Then we waited.

The tide came in and a we continued to wait.  There was one man in a nearby shack who kept making the rounds to see if anyone had caught anything and how big.  It was a fun impromptu community as we spoke with him and he gave us the update from the other two shacks that were occupied.

While he had caught only one smelt, the people in a shack down from where we were, had caught 7 or 8.  I left Jen and headed down to see what smelts really looked like and to meet the people who were the better fishmen of the night.

I found the father/daughter team of Craig and Meryl.  They had their own poles and had their system down.  Working from muscle memory and years of experience, they jigged, pulled and checked their lines all the while talking with me. 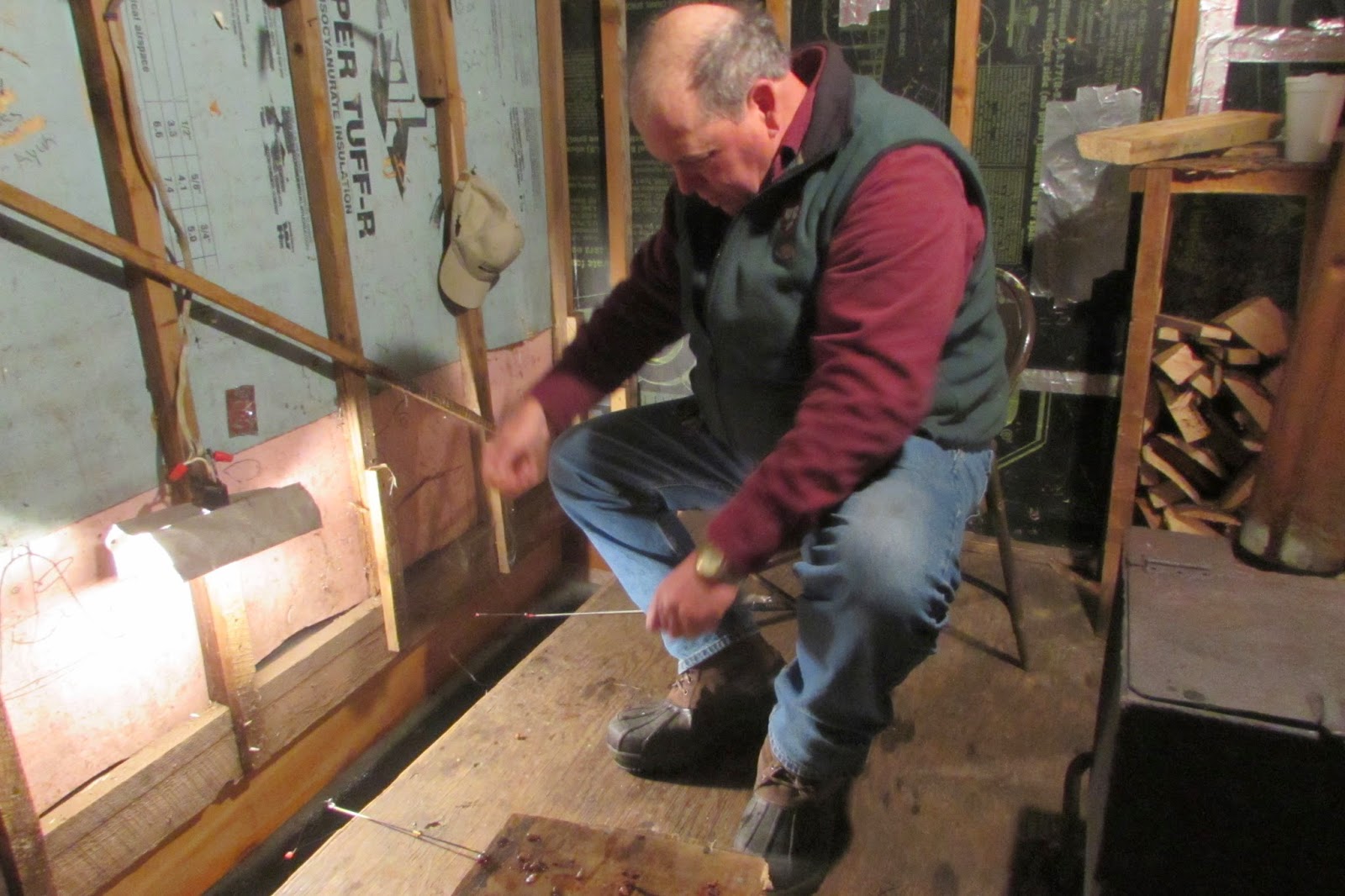 After talking with them and learning that we had a lot of connections with the people that we know and the organizations that we belong to, I headed back to see how Jen was doing.

She was hauling up our smelt as I walked in.  I was a bad fishing buddy and had left her to manage all 10 lines. 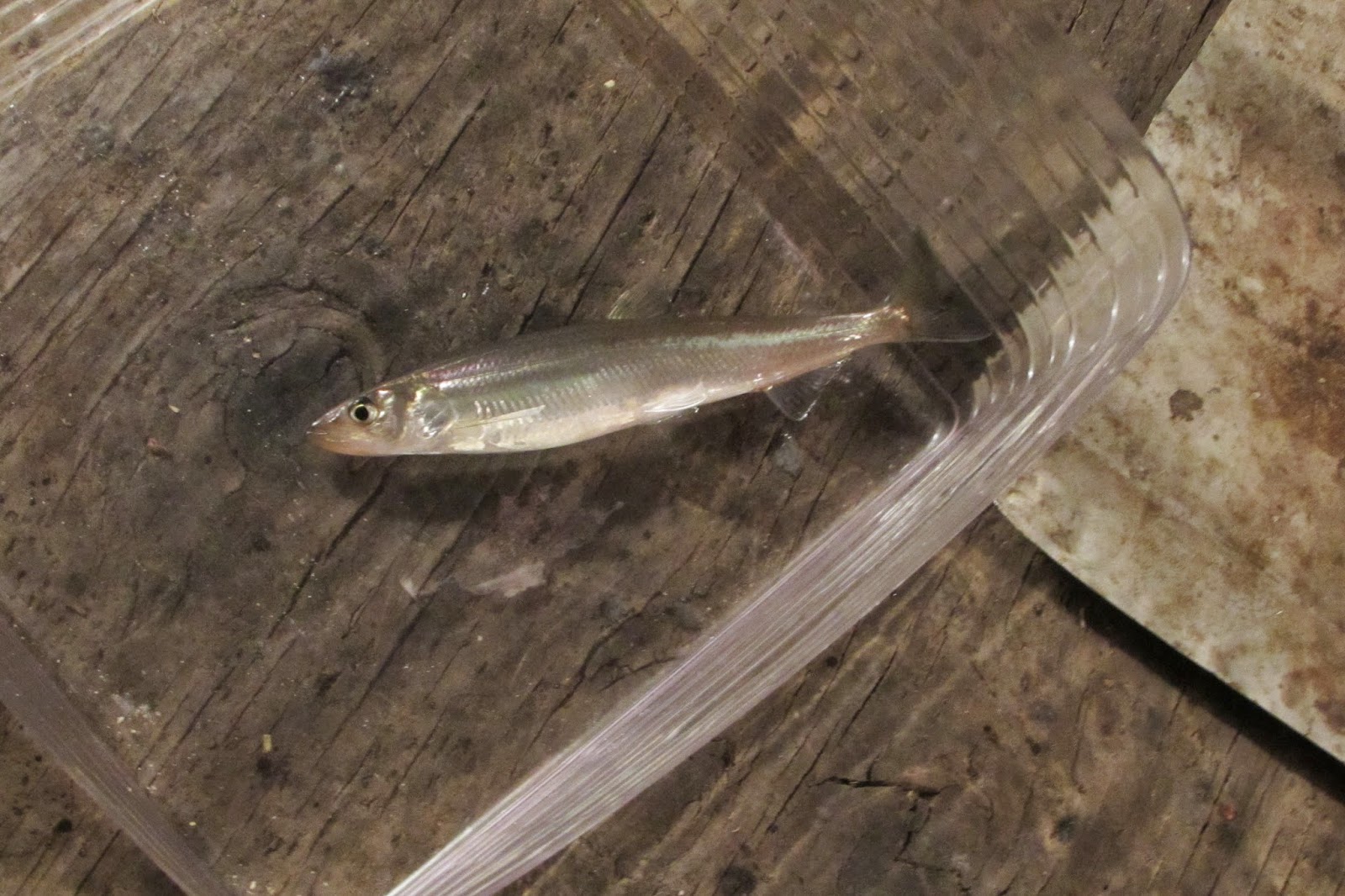 We tried for a little while longer but it was getting late and the fish were not biting for us.  It was fun to get out on to the ice and fish.  It made me miss the ice fishing trips that I went on a few years ago.  Just like hunting, you never know what you will see or bring home for dinner.

There is something awesome about attending Sportsman's shows. You get to be surrounded by people who care about the outdoors as much as you do. I had the opportunity to talk with some great people doing amazing things here in Maine when it comes to the outdoors. A few...
Read More

I saw this bull coming at me on the skidder road. I can tell he is a good sized bull and he is following behind the cow and calf. He stepped out, I lifted my gun up, placed the cross hairs on him and squeezed the trigger. Nothing happened. Rick and his family have...
Read More