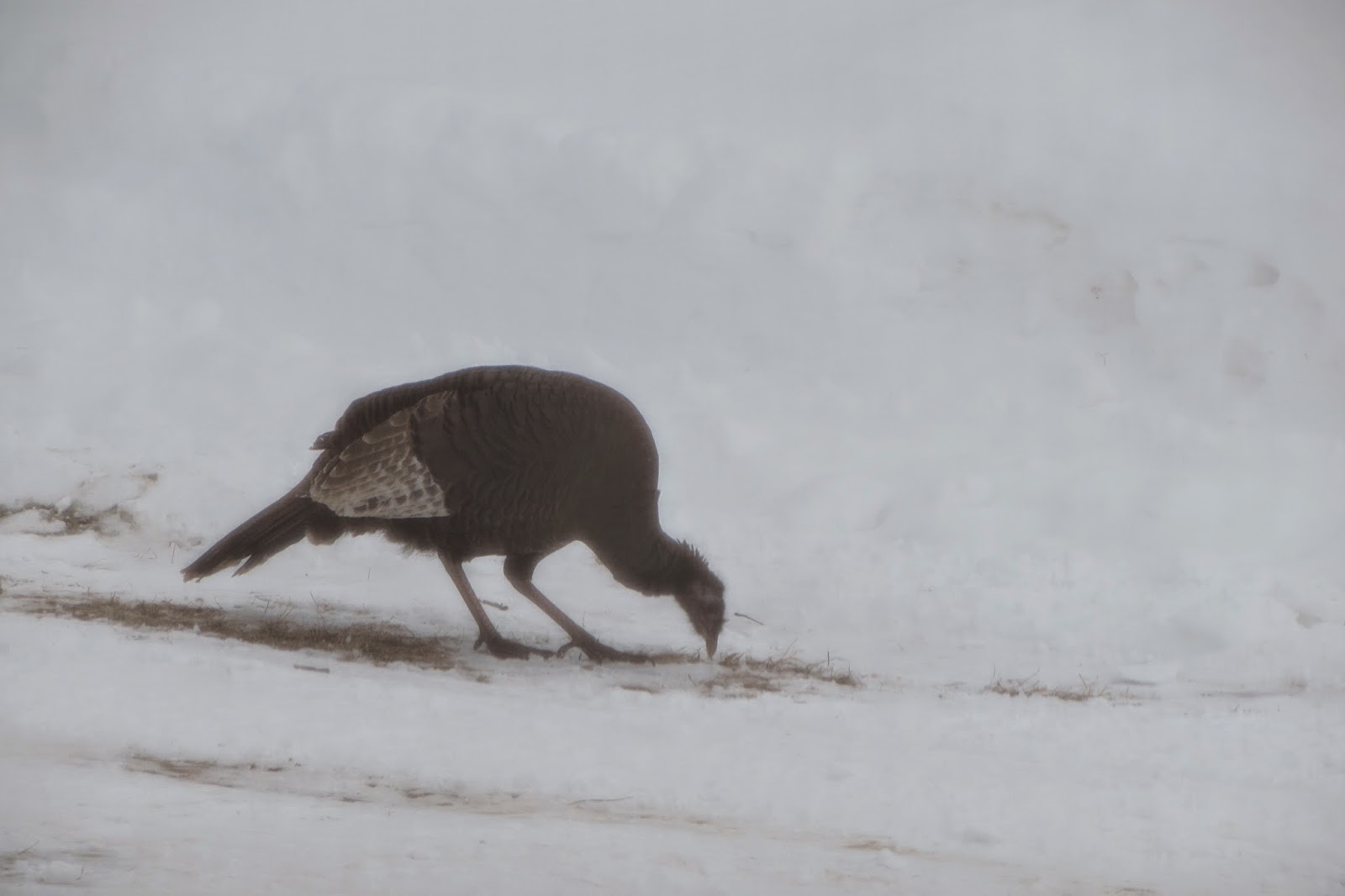 We had just gotten back from snowmobiling when Dad said that there was a turkey outside.  We watched as more and more birds flew down and started pecking at the dirt spots on the ground.  At their closest, they were about 10 feet from the back steps.  I kept waiting for one to land on the snowmobile, but none did. 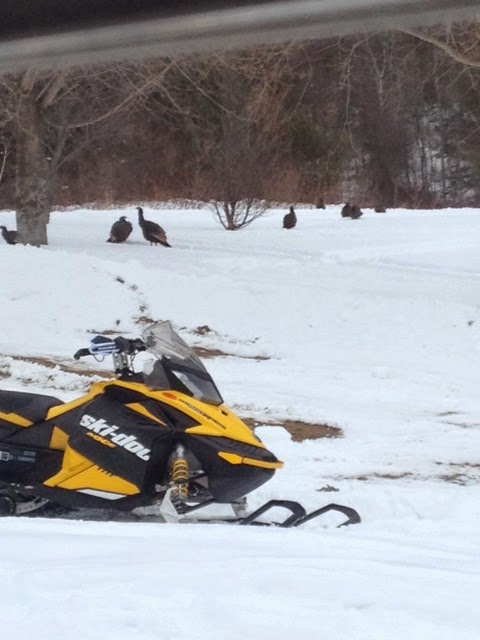 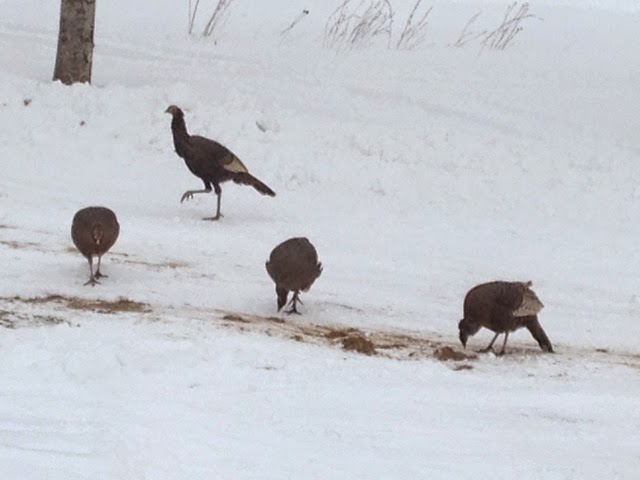 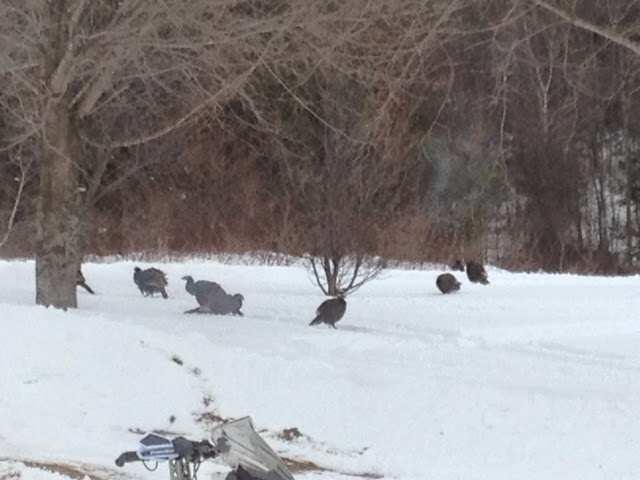 We counted 14 in all.  The spent about an hour pecking at the dirt and roaming around the yard.  From there, they headed onto the mountain.  A few of them stayed near a water spot for the rest of the afternoon.  I am not sure if they were enjoying the block from the wind or if they were actually spending that much time pecking and drinking.  Either way, they were around and in no hurry. 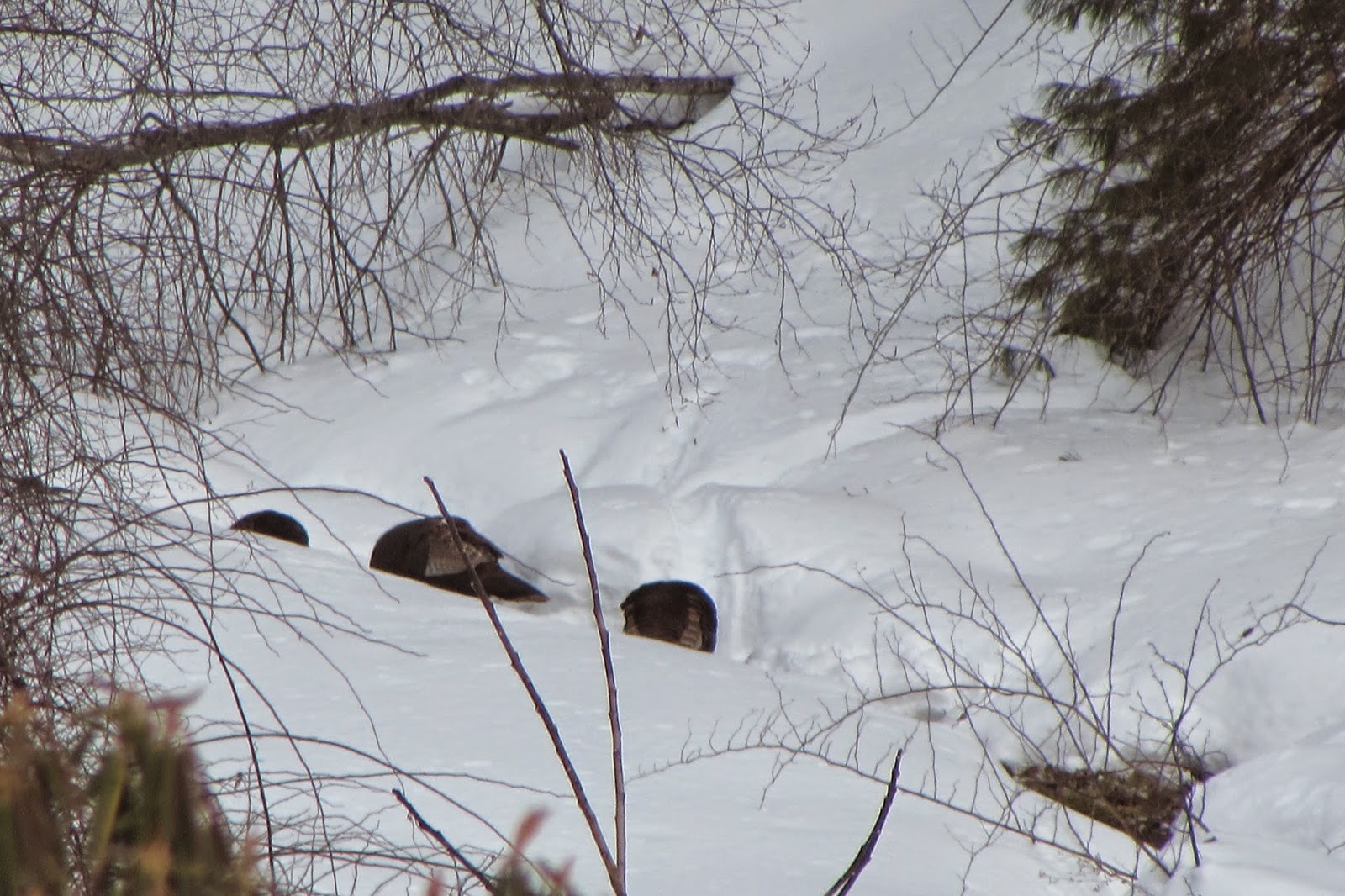 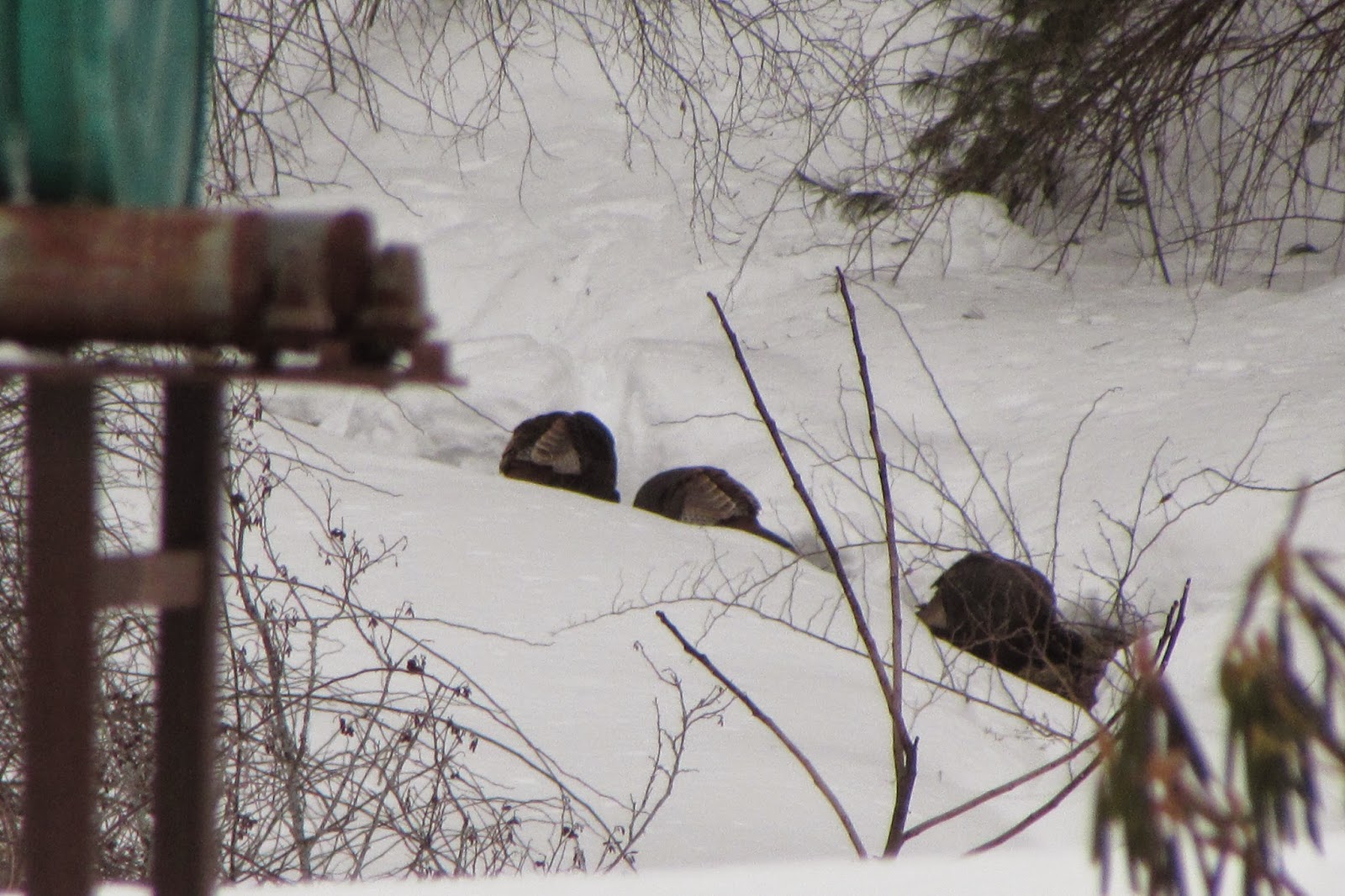 I am hoping that this flock hangs around until the spring season.  I want to get a turkey this year!

Dad has been gathering and rotating the camera memory cards for about a month now hoping to get a picture of something we like.  There are a group of does hanging around which we think are the same group that has been there for the past three of four years. ...
Read More

We've waited all year for this!  Deer season was back.  Hubs, Dad and I had a rough idea of where we were going to sit to start the morning, when and where we would move to next and the basic game plan for the morning hunt. But then, I looked at the trail...
Read More

It's October and its my favorite time of year. Apples, cider, colder temps, sweaters, NO bugs or snakes (although I found 3 skins in the wood pile I was bringing in yesterday *shutters*). I love fall. I love winter. I love looking at my red and black checkered wool...
Read More