by Erin MApr 23, 2015Adventures in the Woods, Scat and Tracks 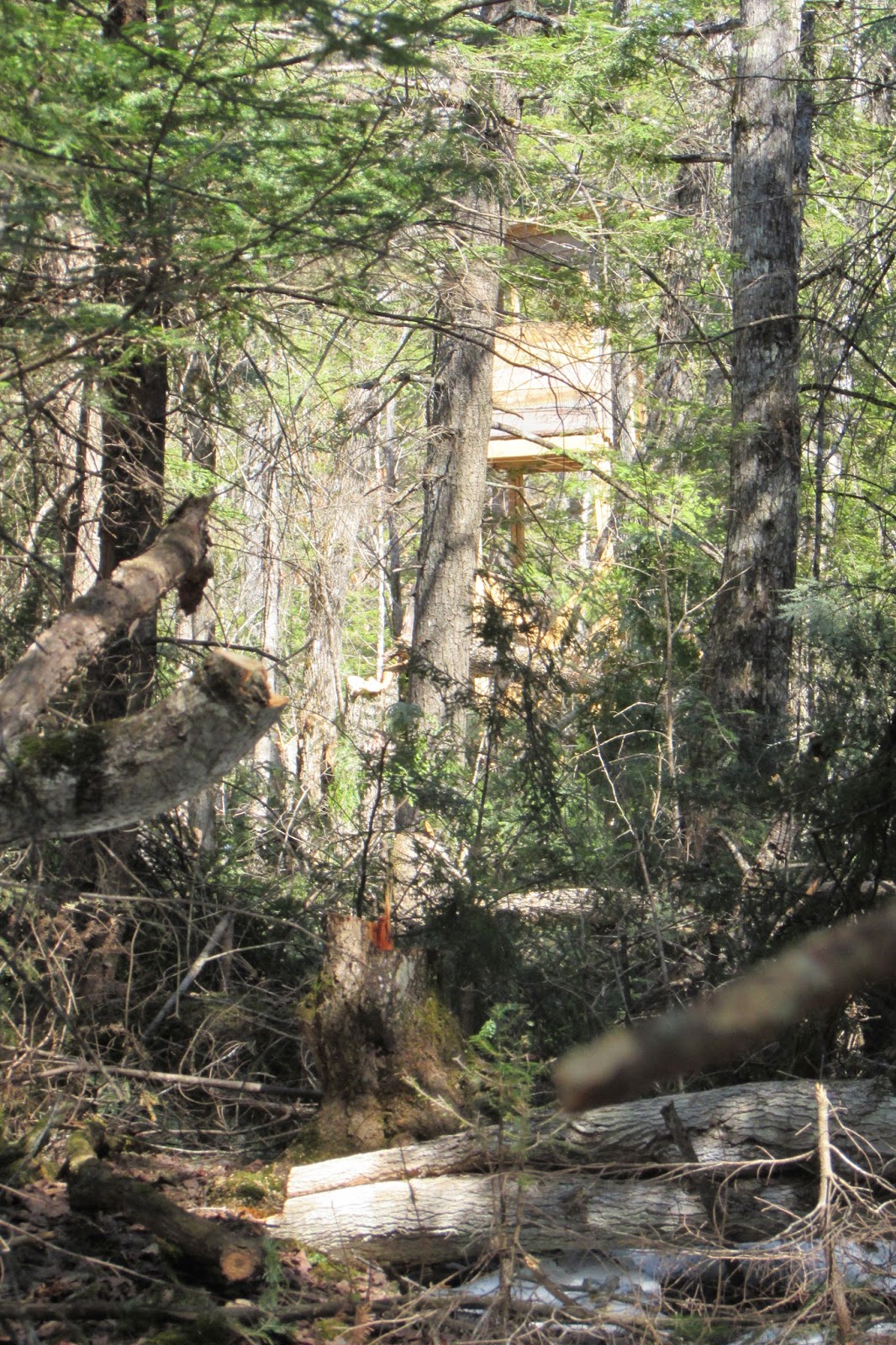 Dad, Hubby and I headed into the woods last weekend to look for some turkey sign as well as see if we could find some sheds.  It was a beautiful afternoon and we took our time enjoying the run and the start of some green grass.

As soon as we got out of the car, we saw deer tracks – and some pretty nice looking ones. We headed up to the Sky Condo and down through the woods to T3.  We were maybe 10 steps into the woods when Dad stopped and pointed – four, maybe five flags bounced through the trees and away from us.  We were glad to see that they were starting to spread out again and break away from their yarding areas and they looked healthy.

We spread out to cover more ground and kept looking for a shed or two.  A few years before, Dad and I had found one in this area so we were hopeful but we came up empty handed.  So, we headed to T3.

Tracks and poop were plentiful.  We walked through the woods and down to where T3 is standing. The frost is leaving the ground and the stand is much more wobbly then it was the last time I climbed up it but it was great to get up there and look around.  Dad had started cutting some shooting lanes and with a new more snips of some low hanging branches, my coverage area has probably tripled from what it was last year.

There is a well traveled deer trail that Dad wanted to make sure that I could see.  In my treeseat, this highway was out of view and I can only guess how many deer walked right around me without me having any idea.  Not any more.  I should be able to take two or three shot at a deer if it is on this trail.  We walked from T3 further into the woods, still looking for a shed.

The amount of deer poop on this trail was incredible.  I was glad that I was wearing boots because there was really no way not to step in it.  It was the deer super highway that we could find in the winter that we never could access during the hunting season.  But now, it was all ours.  We made sure that we didn’t break any branches or disturb the path any more than our walking on it would.  The last thing we want is to make the deer change their trail.

As we followed the deer trail back out of the woods, I snuck down to the stream for a couple of photos and to see if there were sheds near the water.  At this point, even a small spike from a young deer would have made me happy but there no bone around. 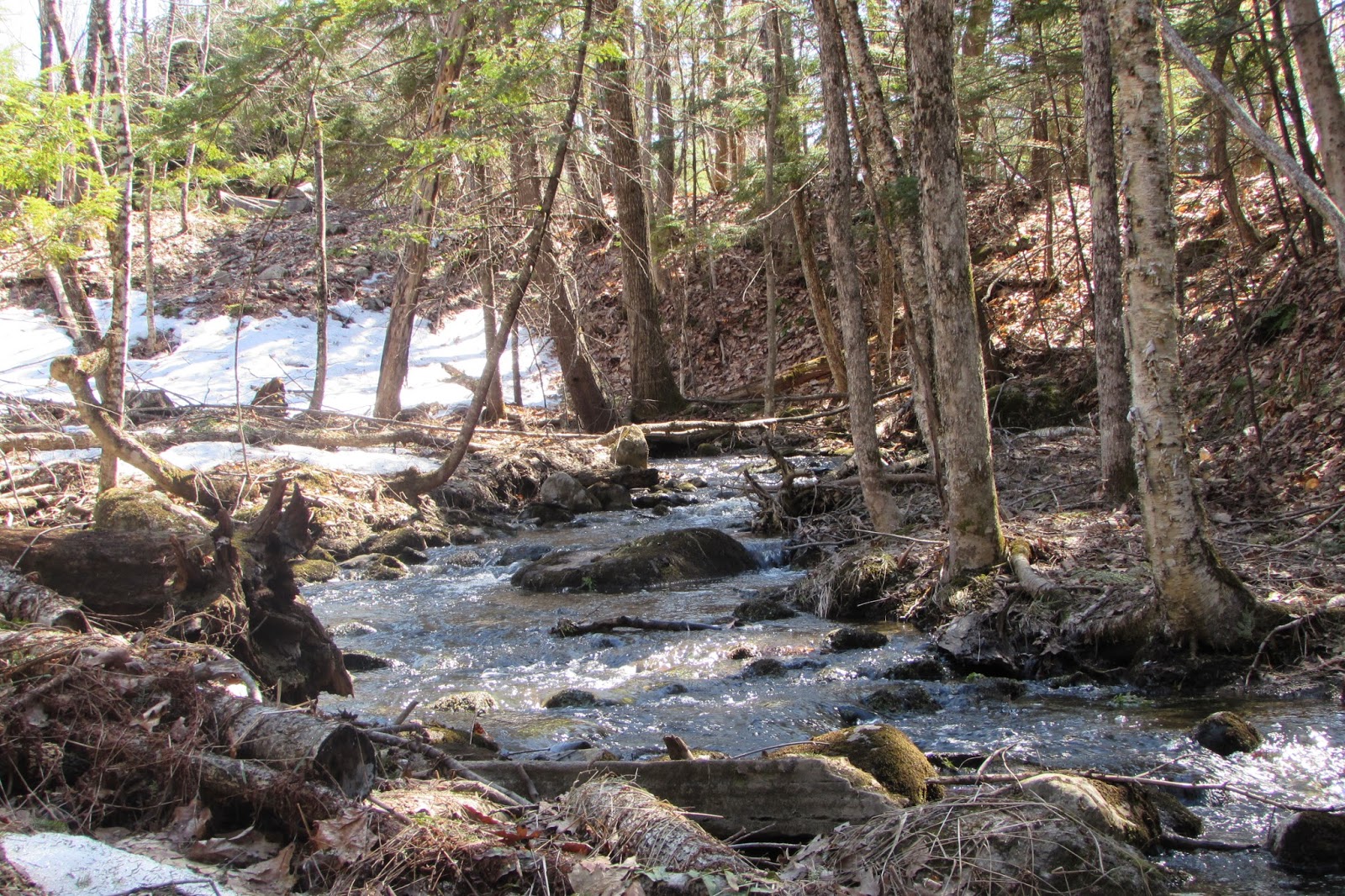 We continued on and walked past an old tree stand that someone else put up, knowing how great and successful this spot must be.  I probably would have climbed up in it, but Dad advised against it because it was starting to show its age.  Maybe with a new ladder, we could remodel it a bit and use it again. 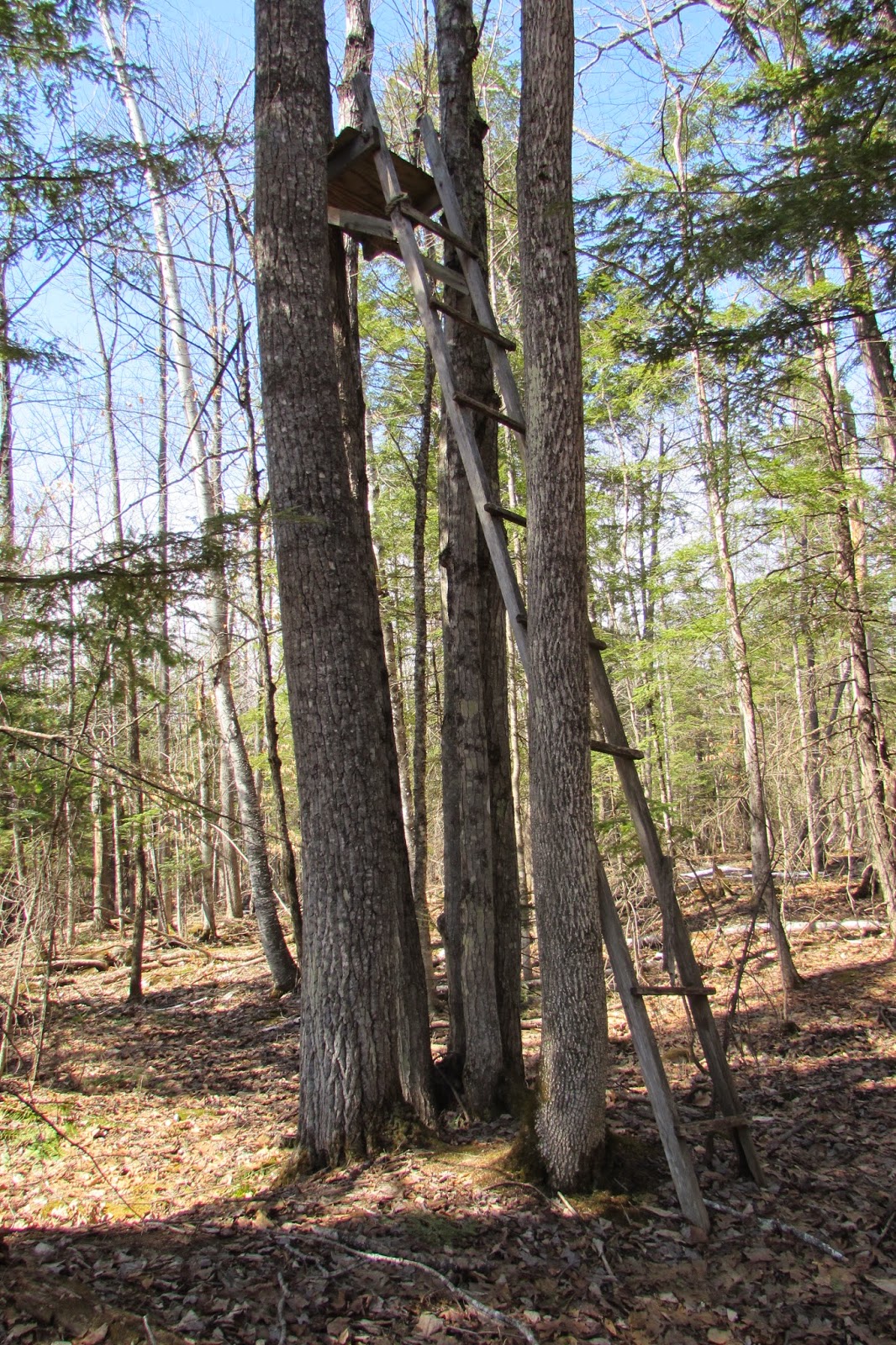 I continued to trail behind the guys, almost desperate to find something to take out of the woods with me.  There has to be a shed somewhere, right?

As we came out of the woods and headed back to the Sky Condo, we found the one thing a deer hunter hates to see; coyote poop. 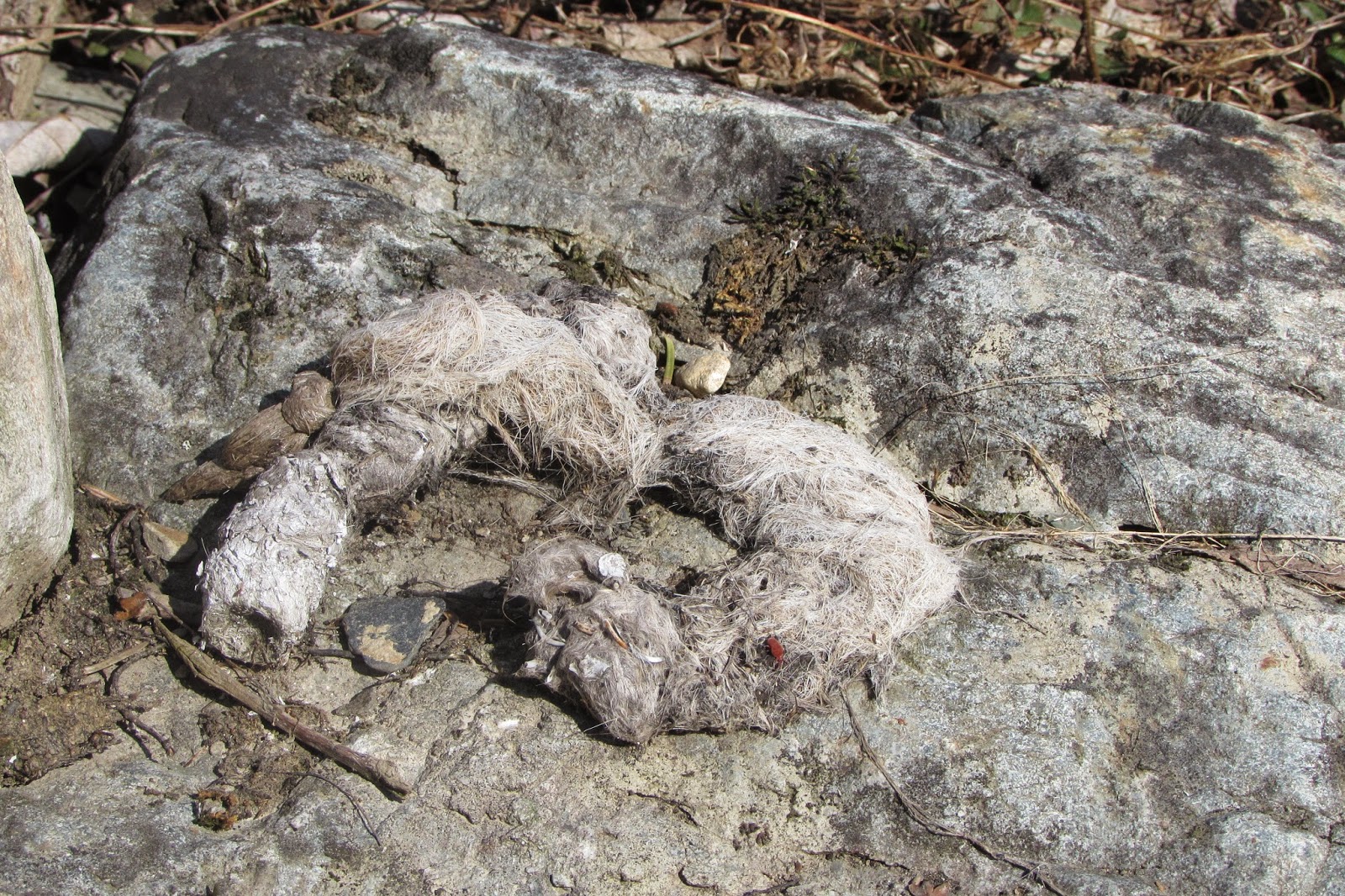 Dad had come across a beautiful 8 pointer that the coyotes had taken down, maybe five years ago now.  We had heard them that season but had not really seen or heard any in the past couple of years.  Apparently that is no longer the case.  Before, I was not ready for them but now I am a professional.

We can hope that this was just a passing coyote but if there is one, the odds are good that there are more.

We walked slowly back to the car and spread out again to cover another patch of land.  I found this pile of poop too but I have no idea what it belongs to.  It looks like it would be turkey but there was a lot of it in a pile and not spread out.  Any ideas?

Empty handed, I got in the car and we headed home.  Next year, I will hopefully have a shed hunting dog who can find these sheds for me.  Until then, I think I am destined to shoot the antlers that I want to see because I can clearly not find them laying on the ground.

← Name that scat Welcome back friends →

How do you create outdoor kids?  You have them grow up experiencing outdoor adventures like it is a normal part of life. Over the summer, as I was on maternity leave, I was determined not to let the nice weather slip away without getting some fun, outdoor...
Read More

Steve went back out to the sites four days after we had and there were pictures at site 2.  Not the best pictures but there are bears around and coming in! We have a couple more weeks until the hunting season starts and then it runs for 14 weeks.  I'm trying...
Read More

Staci and I found a great place to shed hunt.  We knew that there were deer all around and that we would be in the right spot to find something.  It had started to snow when we got there but the forecast called for heavier snow in the late afternoon....
Read More