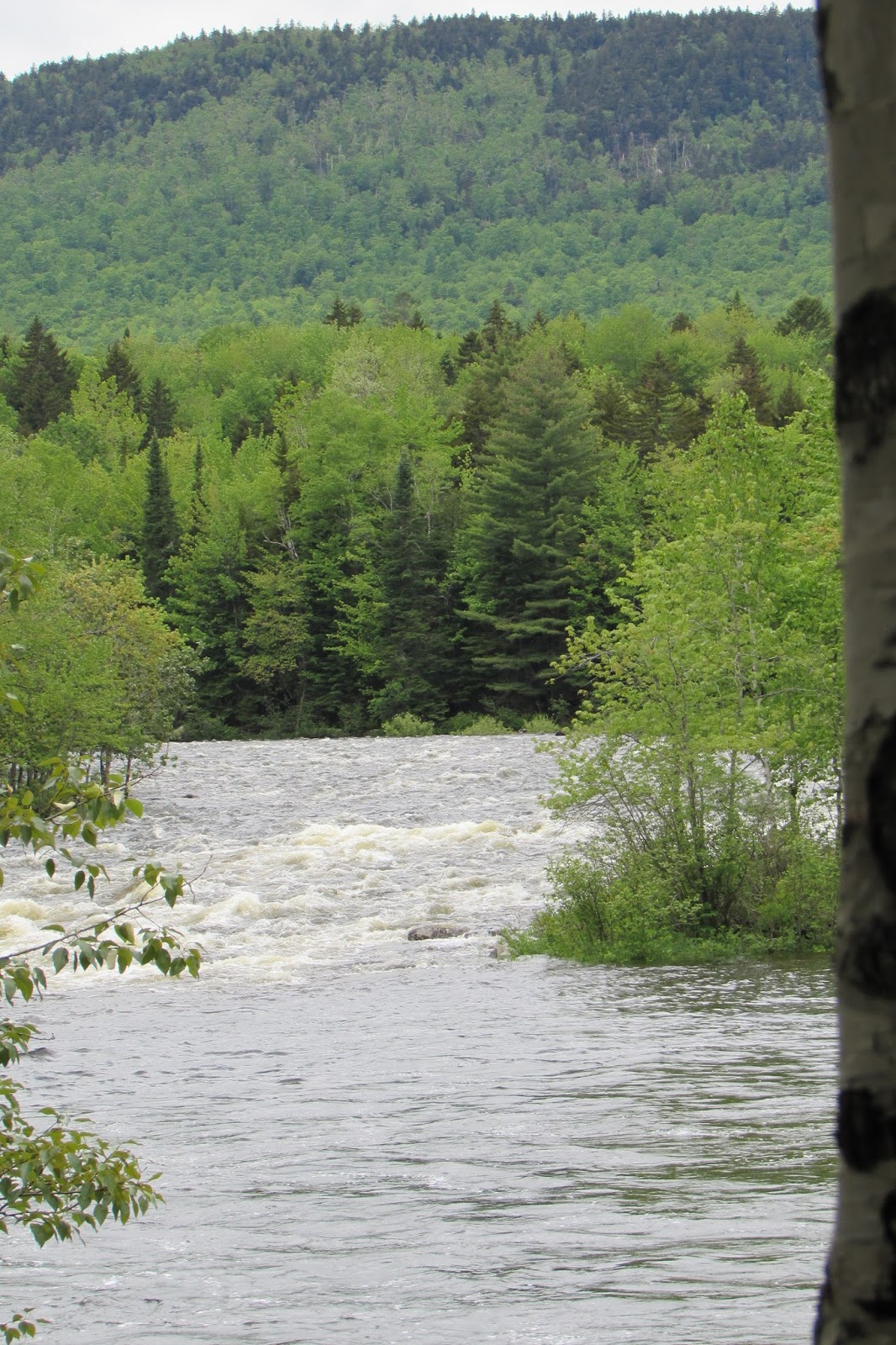 My friend Staci is a fisherwoman.  She had the gear, knows her stuff and has years of experience.  Somehow, someway, I convinced her to take me fishing.

We were watching the water height and strength online and it looked promising so that is where we headed.  An hour later we arrived to this:  the water had been released from the dam above and was raging.  I snapped a couple of pictures and we headed to a different spot to try out luck.

Staci said this was a little high compared to what it was a few days before when she was there with her husband but it seemed doable and we wanted to be able to cast a few times just to say that we did it.  I had received two pairs of waders from a retiring coworker so I was eager to try them out and hoped that they would hold up. 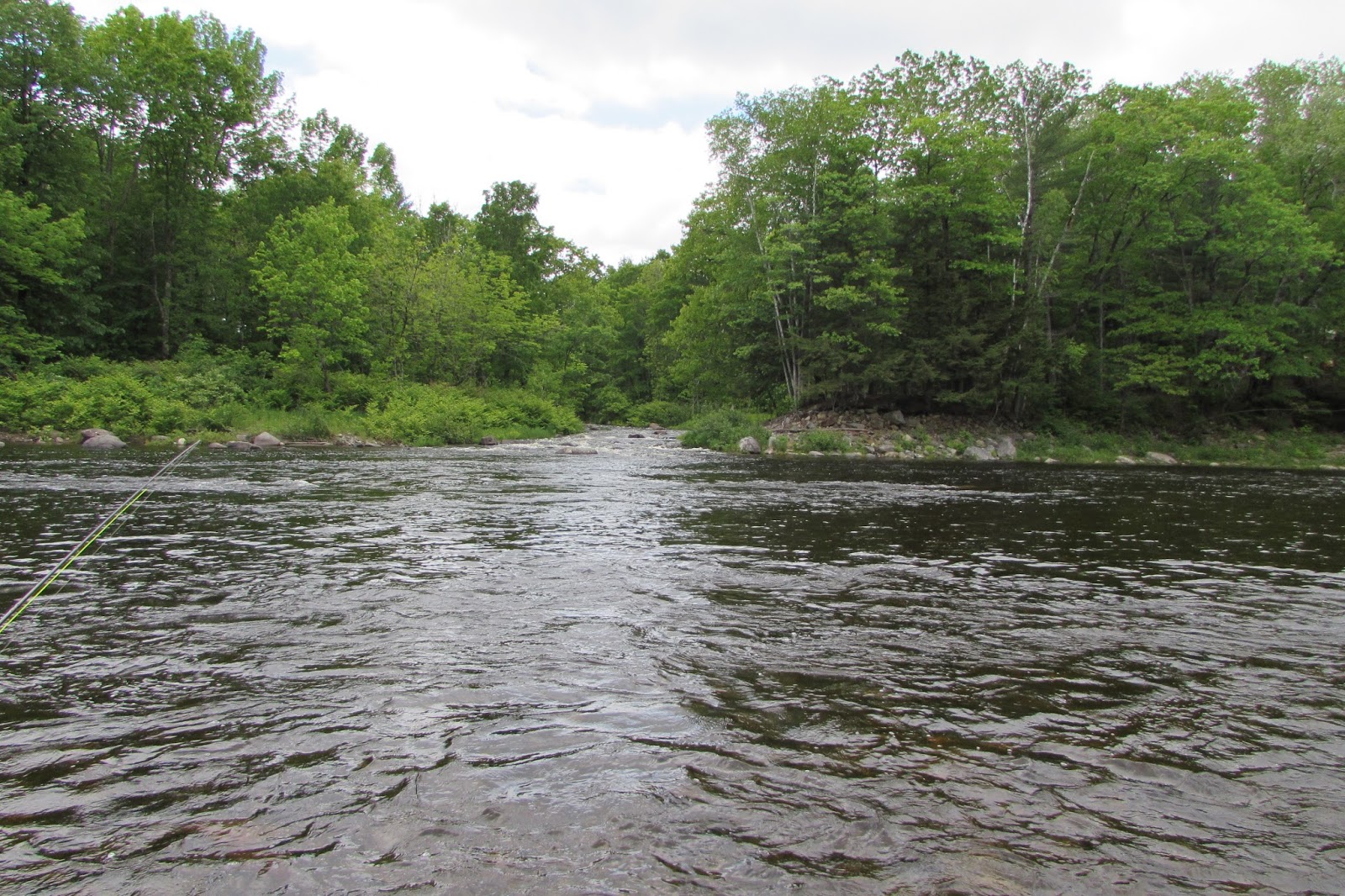 We geared up, Staci put some ties on both of our fly rods (I watched her and tried to adjust the waders).  And we headed into the water.  I could feel the coldness hit my legs but the boots and pants did not leak and kept me very warm.

We didn’t catch anything or have a single bite but it was a fun day out on the water in the woods of Maine.  The more I try to understand and learn how to fish the more addicted I can see myself becoming.  I need a tackle box so that I can graduate from my small plastic Cabela’s bag but I have a pole and waders now, so I am slowing getting there.

I just need to practice and I will eventually get the hang out it, right?  Until then, I am thrilled that I have a fellow outdoor woman to go fishing with.

In the woods: turtle crossing

I found this turtle trying to cross the road on my way home after work. I was the obnoxious person who put their car's hazard lights on and stood in the middle of the road until the turtle was safely on the other side. Once I walked up close to him, he took off and...
Read More

A couple of weeks ago, I was lucky enough to catch Don Kleiner of Maine Outdoors with some free time on his hands and convinced him to take me fishing.  We could not have picked a more perfect day to be away from the world and on the water. We set off to catch...
Read More