Dad was able to mow the field around the Sky Condo the other day and when we pulled the memory card from the camera, I instantly put it into my digital camera and started turning the wheel to see if we had any bucks.  The first picture that I came to that had hunt-able animals were these:

The bird that we swore had disappeared into the ether when we were hunting suddenly came back in full force.  There were all kinds of pictures of turkeys.  Like this one.  I especially like that the jake made sure to show me his beard. 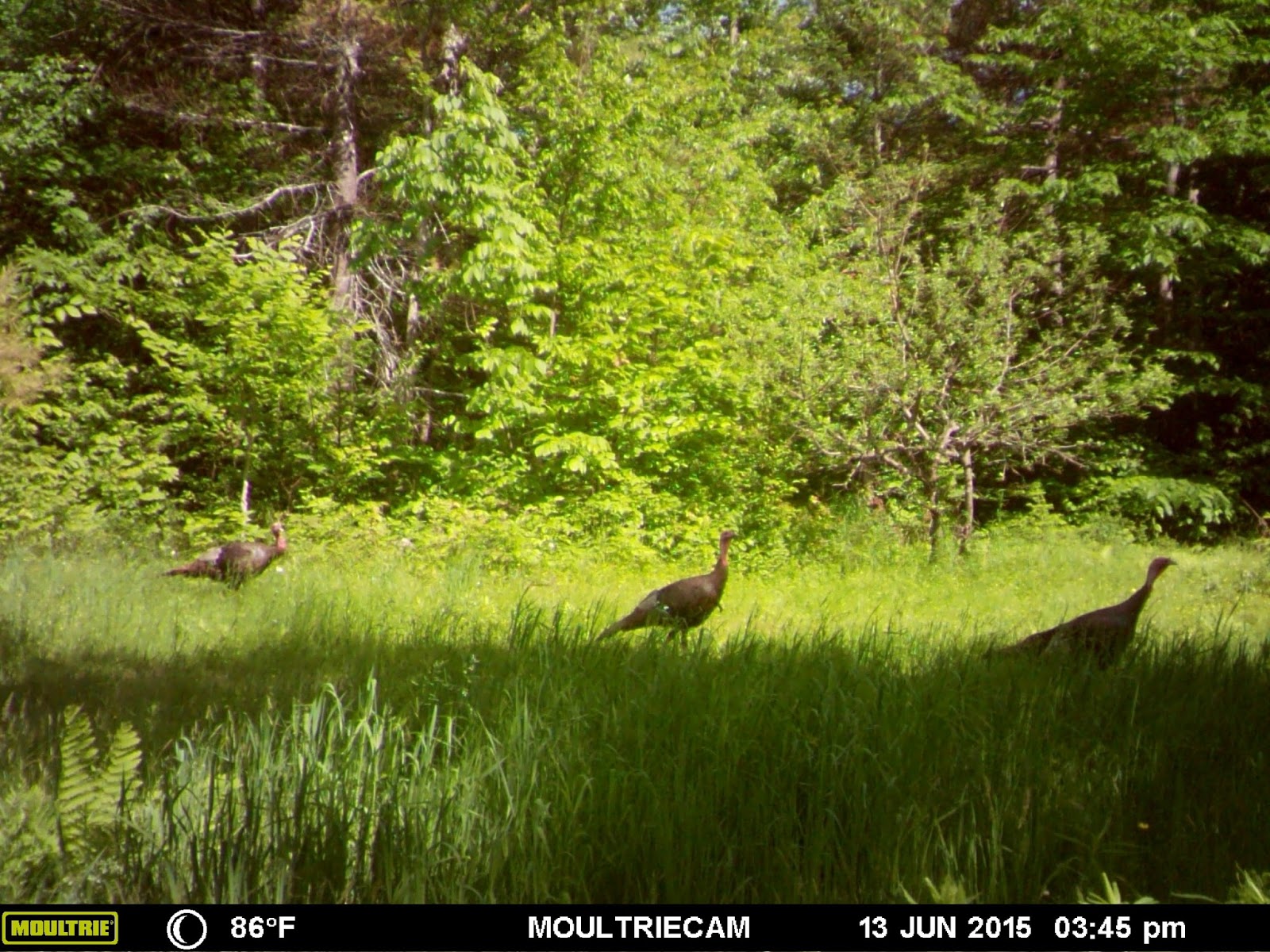 I was more excited about this photo.  Not because it’s a button but because that means that the bucks will hopefully start moving around.  We got the first photo of the 10 pointer last year, in August.  Although I can not remember if it was because that is when he started coming around or if that is when we started putting the cameras out. 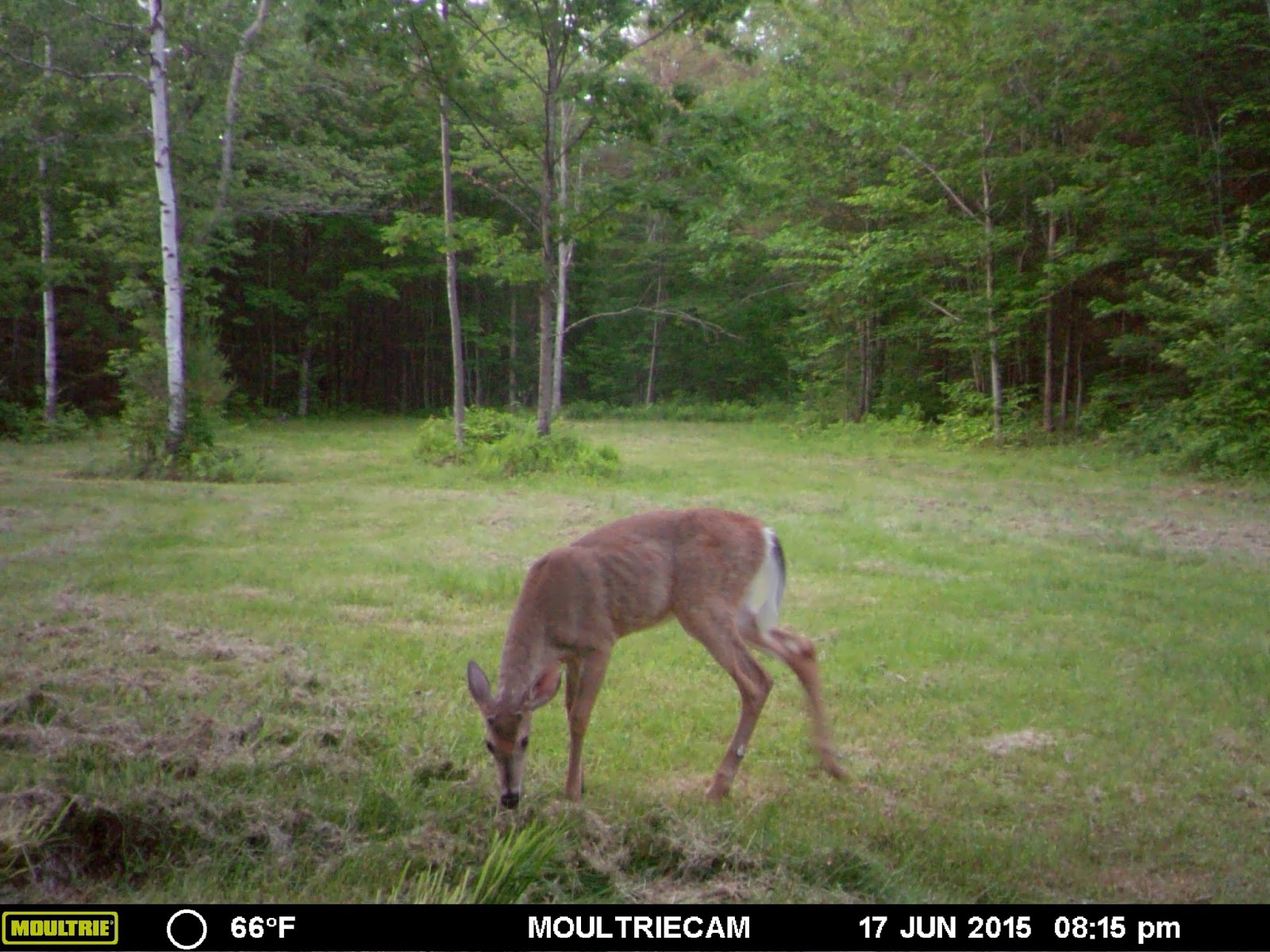 He looks scrawny and not nearly as healthy as some of the does that we have around but he made it through the winter and will hopefully be a nice little spike this fall.

← Fishing with friends You are not welcomed! →

If you have been a dedicated reader, you know that we have built a new treehouse for the 2015 season.  If you are a new reader, do a quick search for T3 and you can see what we have done so far (and why.) When the weather is cool with lots of sun, it's hard to be...
Read More

...having a deer bed down next to your tree stand.  This bed was about 15 feet from the bottom of my stand.  When I went out to see where the deer was that Hubby jumped, I noticed this.  The deer were everywhere the guys were, but they just couldn't...
Read More

We have known since we bought the house, that there were owls around. I frantically flagged down Hubs when I was on the phone being intereviewed and saw one land on a dead tree across the backyard, so that we could get some pictures. We hear them at night calling to...
Read More