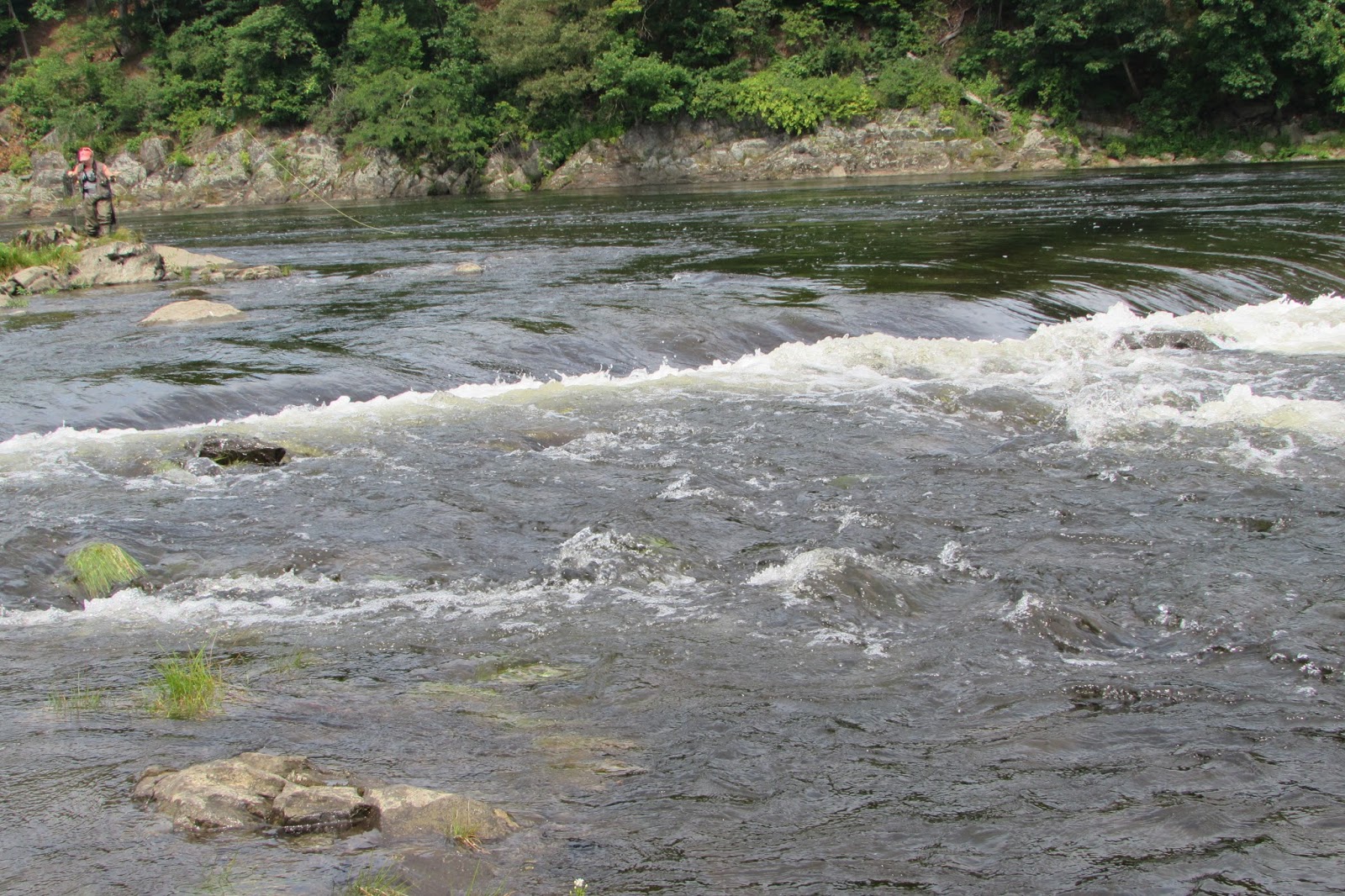 Staciand I headed out again for our second fishing adventure!

For the second time, the water levels where we wanted to go were too high so we headed to my hometown to try our lines in the river.

It was fantastic to be fishing there since I had never done it but I quickly learned that my lures were way too heavy for the water and the grass and slim covering the rocks.  I would get caught on every two or three casts while Staci was using a fly rod and was able to cast out and relax for a few minutes before casting again.

We walked about a mile down the river closer to town and tried again to get a bite.  Seeing town from this angle was great! And the weather was perfect. My lure sunk worst at this spot then the first one and I only cast a few times before I reeled in my line and walked over to watch Staci.

Soon, we decided that we needed lunch and to try a third spot.  One where my lures may work a little better.

Down a dirt road, we found this little stream. Staci’s family had fished there and taken some nice fish so we figured why not?! I think I still have some mosquito bites from walking down there but it was worth it. 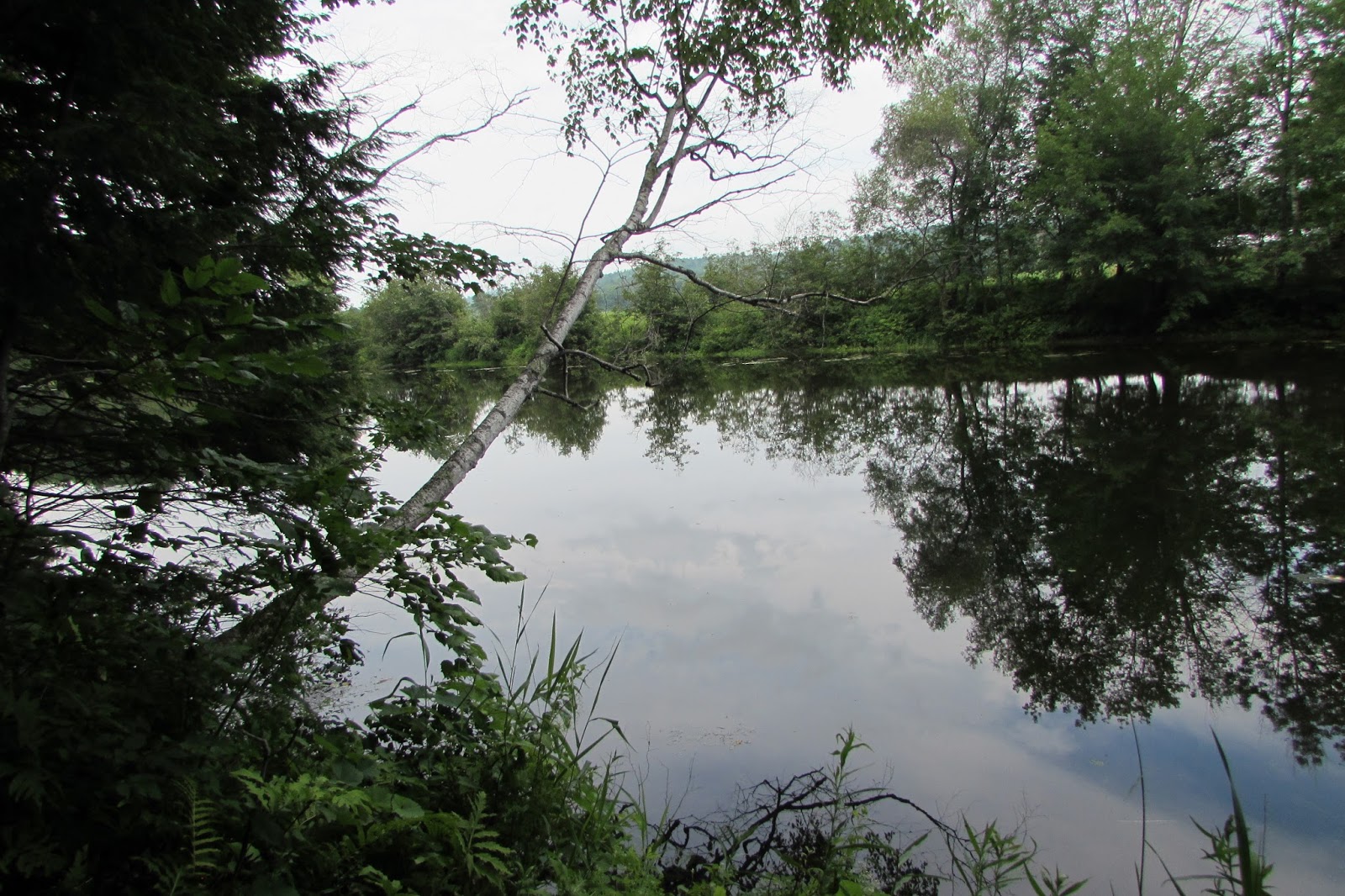 We flushed a couple of birds that will be on Monday’s blog (great pictures! you will want to check these out) and battled poison ivy but we made our way to a well worn spot on the bank and started casting with crawlers on our hooks.  I caught a few trees, including this white birch which I landed on at least twice.

There was a fish jumping at eating flies below the tree, so I tried and tried to land my hook in the right spot to get a bite.  Once, I could see a fish following the crawler but I never had a bite.  Staci and I swapped placed and it was her turn to try (that and I knew she could cast better and may be able to get him.)  I was right!

It didn’t take her long and she had a bite, set the hook and had dinner ready in her hand!

The brookie was 10 inches long – the same size as my fish earlier in the season! Success.

Our afternoon was over and as much as we didn’t want to leave, we could feel good about catching something.  Next time, it’s my turn to catch something.

I was also able to realize how much I need to get a fly rod.  Having the ability to float lures over rocks and around obstacles instead of frantically reeling in so as to not get stuck was a big factor in overall success and the lack of stress Staci had since she didn’t have to get her line unstuck. I am adding that to my wish list.

In my December 1 post, I talked about a string of dogs that had been shot in Maine and the hunters said they thought the dogs were really coyotes. Well, it happened again. In York over the long weekend, another dog was shot. So, I have to ask. Is this the newest CYA...
Read More

I would love to find the owner of this track! Deer hair in their travel paths As much of a pain as mud season it, it is a great way to see where the deer are and how big some of them are getting.  It is almost like snow because it gives you a great idea of what...
Read More