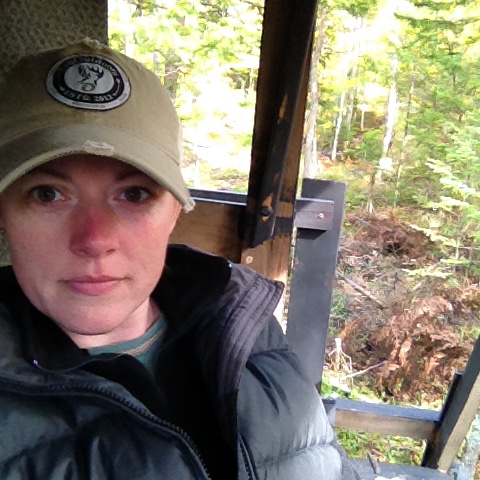 If you have been a dedicated reader, you know that we have built a new treehouse for the 2015 season.  If you are a new reader, do a quick search for T3 and you can see what we have done so far (and why.)

When the weather is cool with lots of sun, it’s hard to be anywhere but outside.  Since rifle season opens in a couple of weeks, Dad, Hubby and I took to the woods to get things set up and ready for the Oct 31 start.

We hauled carpet, plywood, tar paper, canvas and a chair down to T3 to add the finishing touches.  We also brought a limber to get those little branches out of the way of the shooting lanes.  On the floor, we put two layers of the tar paper then the plywood.  The canvas was turned into a gun rent out the front and the carpet was put on the wall behind me to keep out the cold and help to keep me hidden.

With the sun shining in on the stand and the lanes being cut out, there was a little bit of anxiety that crept in.  With 5 different shooting lanes visible, the key will be to see a deer in enough time that we can get ready to shoot it when and if it walks into the next clearing.  That leaves a lot of room for error but a lot more opportunities.

In another couple of weeks, more leaves will be on the ground and there will be more peek holes open to notice any deer movement.  When we were done at T3, we headed to a different patch of woods to put a treeseat up.

As we were heading down our path, I saw this huge pine tree that had fallen. We have had some awesome rain and wind storms but it looks more like a causality of a lightening strike since it seems to have splintered instead of come out of the ground with roots exposed. 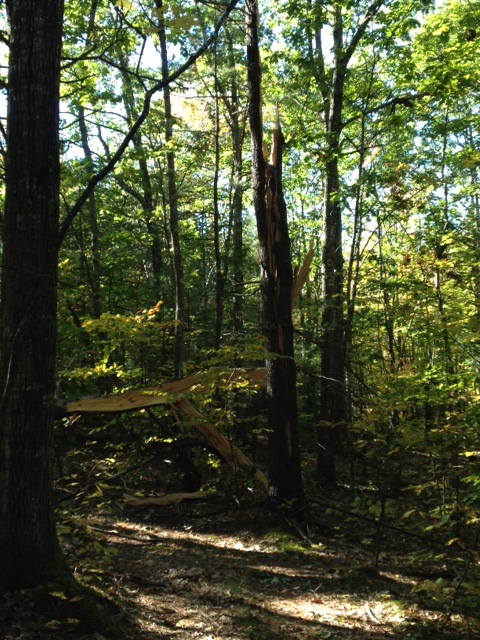 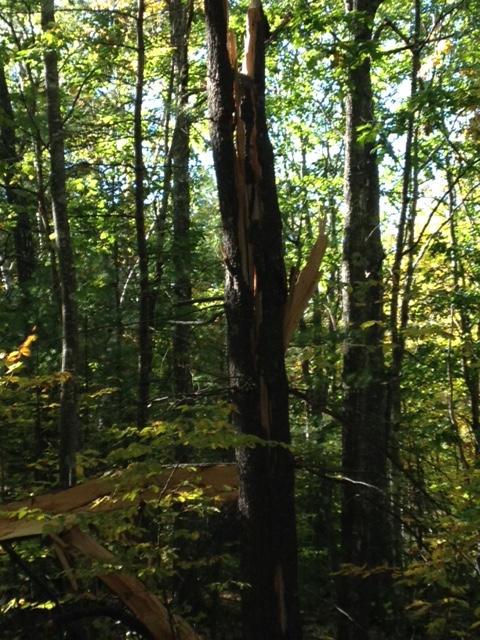 Im short, so I broke a branch off and was able to walk right under it without to much of an issue.  Hubby had to go around, which meant Dad did too since they were carrying the seat.  I carried the most important part: the straps!

This seat is the one I shot my deer out of last year and we decided to move it to this new spot since the seat there was a little smaller which made it tricky for Hubby and Dad to hunt from it.  It is closer to the Sky Condo now, so it also makes for an easier spot to hunt if we only have a few hours of daylight. 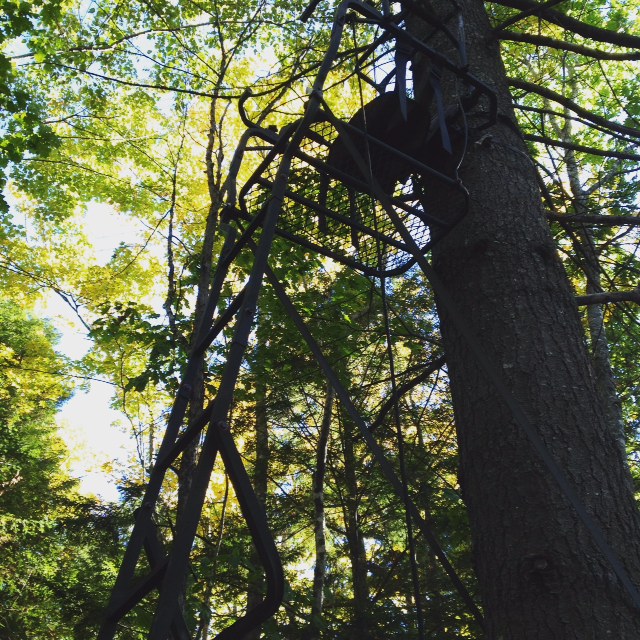 Three and a half hours in the woods and two seats done for the season.  It was such a great day to be outside and it made me really start counting down the days until we can be in the woods; relaxing, enjoying nature and hopefully celebrating some successful hunts.

I have been meeting all kinds of folks thanks to my interview with Steve. And as I have had time, I have been reading other people's blogs about hunting. Yesterday, one blew my mind. I think it was because I had never tried the movie feature on my trail camera and I...
Read More

I think overall, I was excited for turkey season.  I really was.  Then May came and we went fishing, celebrated Mother's Day and found ourselves busy.  Dad and I had one morning to head into the woods to hunt. We had moved the blind closer into the...
Read More