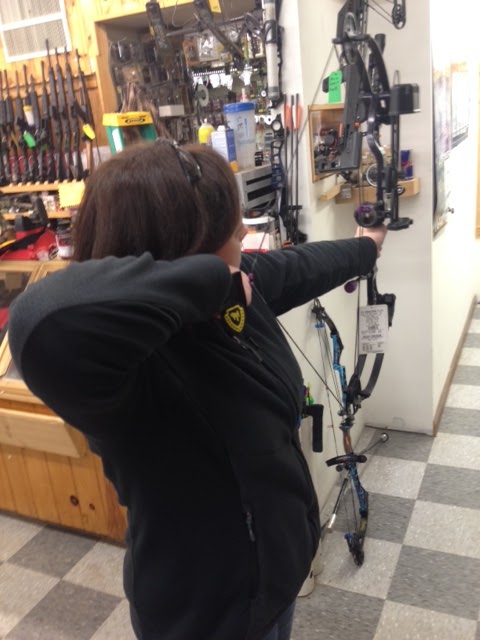 When I said that I was interested in trying out some bows, the first thing out of the guy’s mouth was, “these are the only ones we have in pink or purple.”  He hadn’t even finish the sentence when I noticed Hubby take a step back. “Good, then those are the only ones I don’t want to shoot.” I replied. The guy had no idea what to do or how to respond but after an awkward pause, he said that he should measure is to see what our drawn length will be.

As he fumbled with the measuring tape, I wondered if it was even worth staying there. I did not feel like I was being taken seriously and it was clear that the employee was hoping he would be helping Hubby and not me.  I knew nothing about bow hunting going into this.  I was surprised that I had to put on a wrist band that had the trigger connected to it.  I was as green as they come.

The first bow that I tried was the PSE Stinger X.  He had set the drawn length to 27 inches and set it for 45 pounds.  Having never shot a bow (besides this) it was unconformable and I could barely draw it back.  I asked him to lower the weight, which he did.  The second time that I asked him, he tried paying more attention to other customers.

Then, Lee showed up.  It was night and day.  Lee either runs that archery shop or is their top tech because it was a complete 180.  He helped me hold the bow correctly (I snapped my wrist the first time) and worked on my form and trigger placement in relation to my face and nose.  It felt a little too big and stiff and it was not an easy draw back to where I needed it to be lined up. I shot the bow six times before I decided that I wanted to try a different one.

The next bow Lee got for me was the Matthews Mission Craze II.  Lee made some tweaks before he let me shoot it.  He dropped the draw length down to 26 and reduced the weight to 35 pounds.  He made sure that I had the trigger set up where I needed it to and watched me as I drew back to help me hit one spot on my cheek every time. 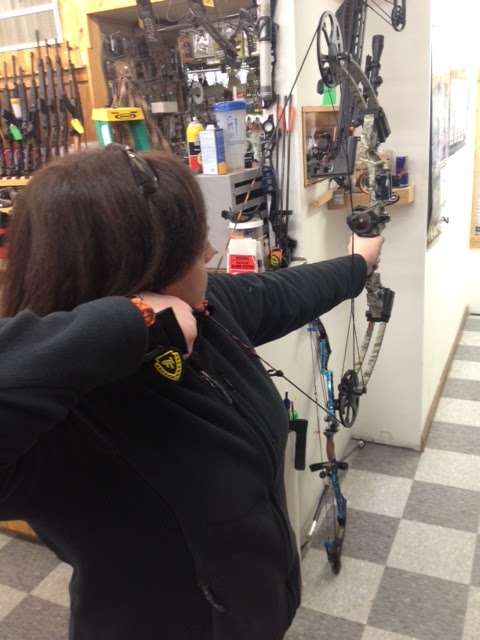 From the minute I picked up the bow, it felt better.  It was shorter and a little more top heavy than the PSE.  The shorter draw length also made a difference, I think. 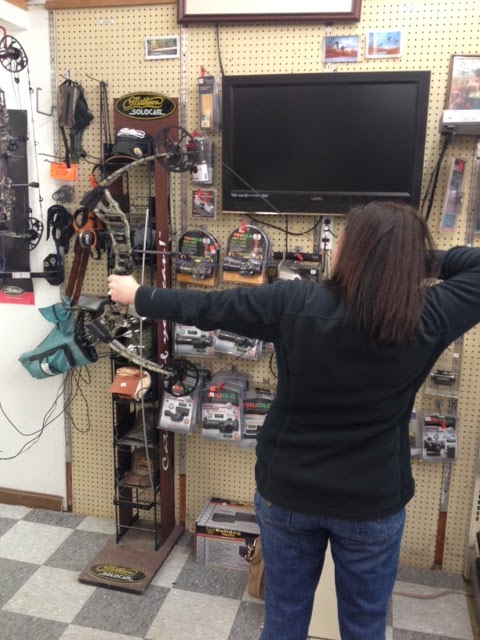 Hubby took over after I shot a few times and tried a PSE and then a Matthews.  We were only 10 feet from the target, but he was nailing those targets shot after shot.  His grouping was incredible and he seemed relaxed and comfortable. We knew that we were in trouble then.

We spent well over an hour in the shop talking with Lee and figuring out what we may want and what felt comfortable for us. Lee said that he would set aside the triggers, some arrows and the bows and we could decide what we wanted to do.

If you follow me on social media, you know what we did.  Otherwise, stay tuned for another blog post.

← If you want me to write for you If you love deer, you need to hunt coyotes →

Whitetail Woods: Tasteful or not Tasteful, You be the Judge.

Whitetail Woods: Tasteful or not Tasteful, You be the Judge.
Read More