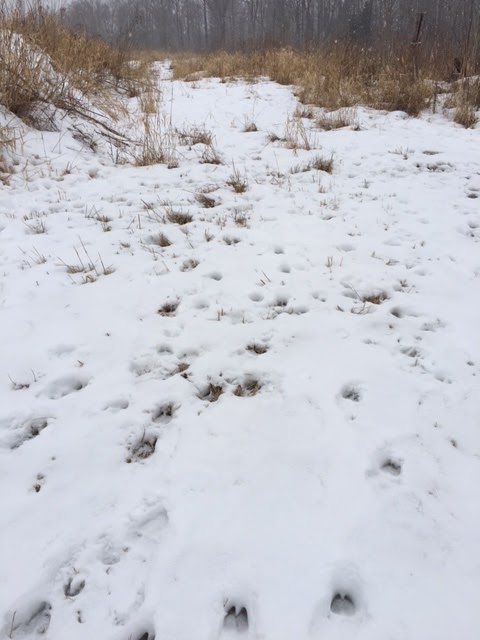 Staci and I found a great place to shed hunt.  We knew that there were deer all around and that we would be in the right spot to find something.  It had started to snow when we got there but the forecast called for heavier snow in the late afternoon.  As outdoors women, we figured that we would be fine.

We just started following tracks to figure out where the deer were traveling from.  We headed through a field and towards the woods, looking for beds, feeding areas or yards where the antlers may have fallen off.  Our plan was to walk the perimeter of the property to see what we could find. 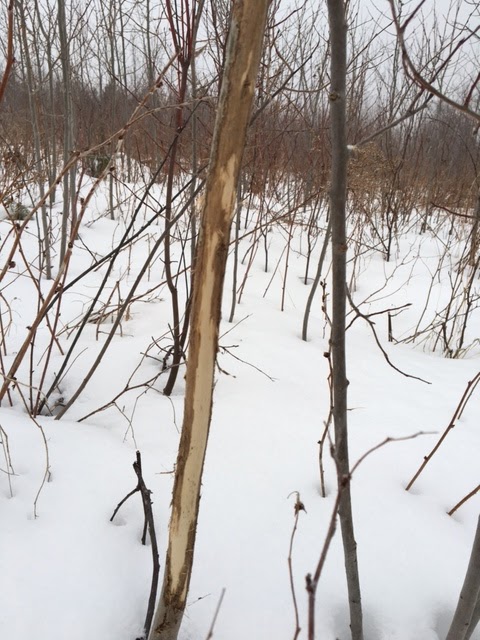 It is always a good sign when you see a rub almost immediately.  We have seen the sheds that have been found nearby so we knew that there were decent sized bucks around and that the odds were in our favor. 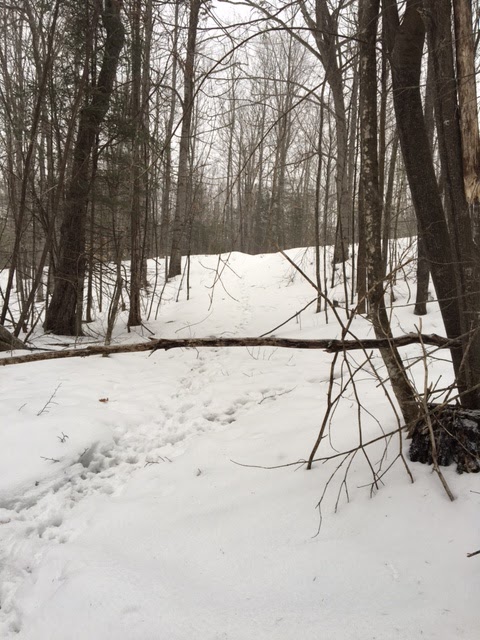 Highways of deer tracks ran through the woods and crossed a stream in two distinct spots.  Staci and I followed different trails looking for bedding areas and any sheds that may be poking out of the snow.  As we headed deeper into the woods, the snow started falling harder.  But we pressed on. 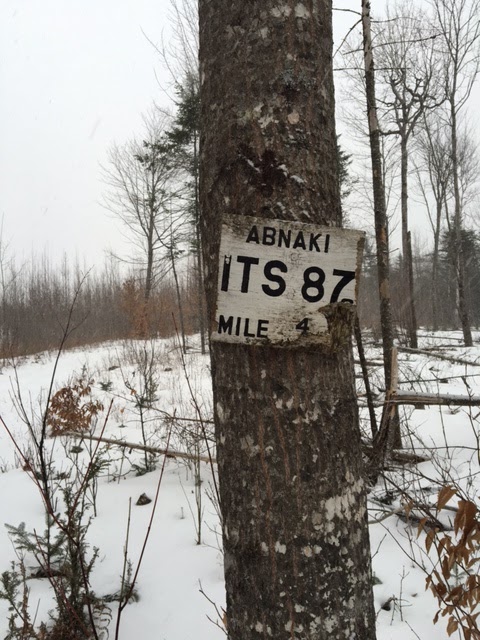 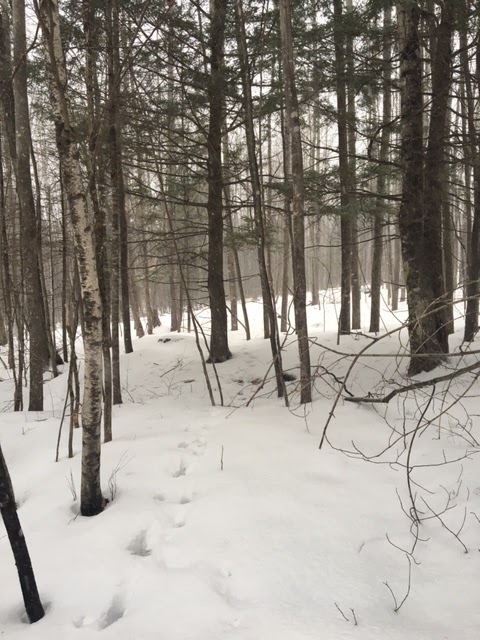 We spent about three hours in the woods and covered mile after snowy mile.  It didn’t take long to see the snow quickly covering up the deer tracks and ours!  We made a big loop around the property and came home empty handed.

It was fun to walk along a new piece of land that we were both familiar with but in a different context.

When we got back to the car, we were walking snowmen.  The property owner laughed when she saw us.  She also had a surprise for us…

← One year later: what happened to the cubs? Shed hunting: a day late and a shed short →

I am a proud member of the Orange army.   I never really thought about it until I became more involved with the online hunting groups.  So many of my buddies on social media have posted  over the past couple of weeks about trying to get a deer and...
Read More

The bucks have arrived

Last fall, we had somewhere between 7 and 10 bucks of all sizes around the treestands.  The biggest bucks we have ever seen showed up a few years ago in mid-August.  This year, we had only does on the cameras.  Sometimes two, three or four but never any...
Read More