Wait! It’s not over yet 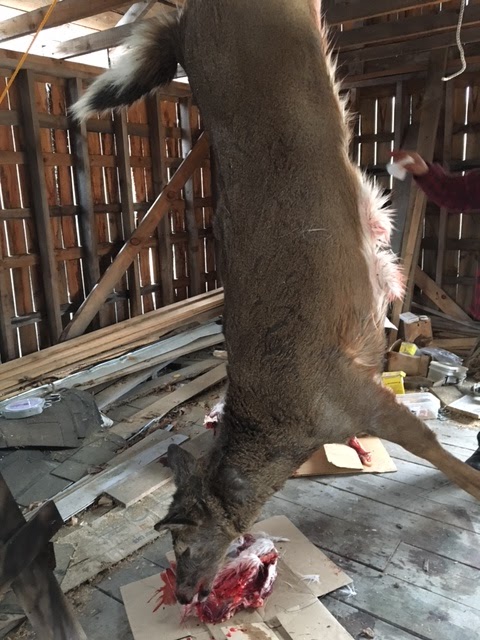 Wait! It’s not over yet

“All I saw was blue smoke” dad said smiling.

One week after I shot my deer and rifle season ended, Dad was still hard at it trying to get one of those big bucks we still had pictures of. But, instead, he squeezed the trigger and got his first deer with a muzzleloader.

According to Dad: two doe came crossed three different shooting lanes before starting to talk at him. When he decided to fire at the biggest doe, he lined up the sites and just saw the blue smoke and no deer.

“I got down and walked to where I saw her last.  The second doe was still standing nearby, so I knew she was down.  When that second doe ran off by itself, I knew the deer was somewhere near by”  Dad picked up the blood trail and tracked his doe… right into a nice puddle of cold water,”She was completely in the water and dead.”

Dad pulled her out and got her back onto higher ground, then got his skidder to pull her out the rest of the way.  When you lose two fellow hunters who have tagged out and don’t muzzle hunt, you are left with no help to haul a deer out of the woods and need to be resourceful. 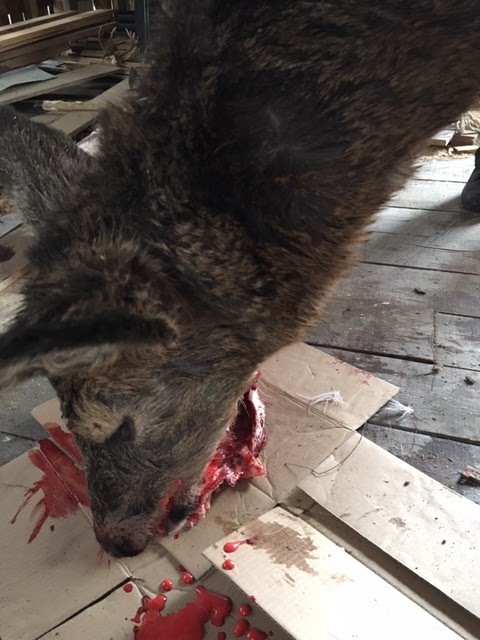 Dad and I have never shot deer in the same season.  The fact that all three of us ended the season with successful hunts is incredible.  Mom is pretty sure that we won’t see a deer again for five years, but hey, we had an incredible season and will be eating well all winter… and probably into next fall.

← In less than a minute Learning to eat wild game →

I need some advice. Dad and I have 3 trail cameras that are spread throughout our hunting grounds. In the past, we have seen photos like this: But now, we are getting photos of the trees. We have tweaked the timing so they are set for 15 seconds between photos. We...
Read More

We had to revamp our hunting plan since we were now one hunter down, but Dad and I stuck with what he knew would work and where we thought the deer were. I started the morning in the Sky Condo and when it was clear that nothing was moving through, I headed to a tree...
Read More