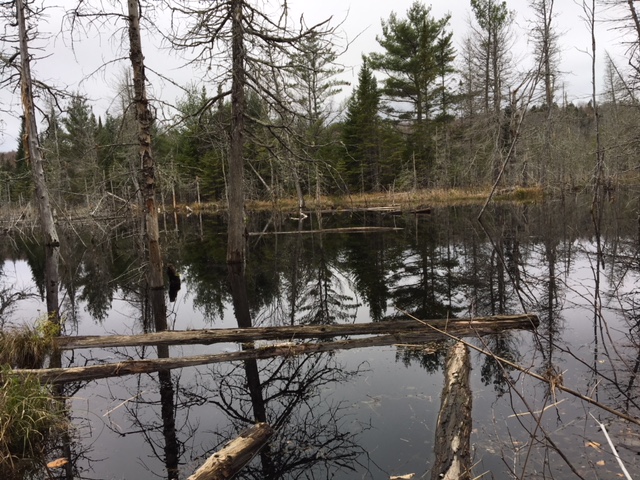 In an effort to learn how to trap, I asked my uncle to take me
out when he set his traps last winter.
He agreed and we went out to set some beaver traps and learn how it’s
done.

My uncle has been trapping for most of his life, so he knew which
areas to check for fresh sign and he had been asked by the landowners to come
onto their property to take beaver out and keep the bog from flooding and
eating up more land.  Unfortunately, that
was the case for a section of our trail and we had to get out and walk.

We loaded up an ax, the traps, lures, gloves, a shovel and
started hiking, which in waders is no easy task!  We looked for slides, caster mounds and
freshly dropped trees.  It was obvious
that there were beaver there, we just needed to pick the right place where they
were being the most active.  My uncle
slipped carefully into what looked like a shallow stream coming out of the bog and
almost instantly went up to his thighs.
Waterways that looked shallow and small were actually well worn and deep
thanks to the beavers swimming underneath. As we moved around, we would use
sticks to test the depths before we got into the water. 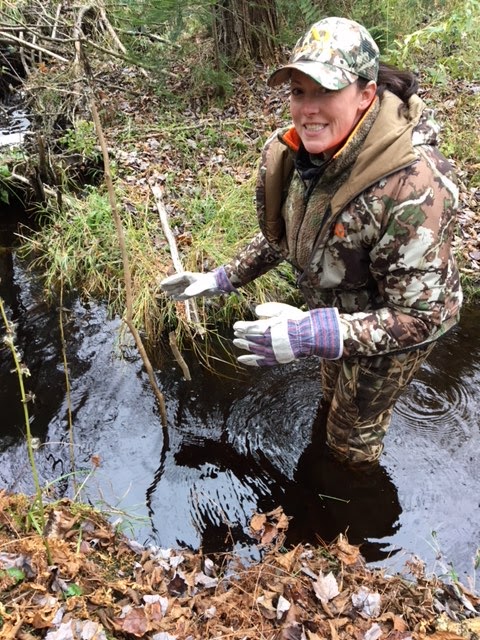 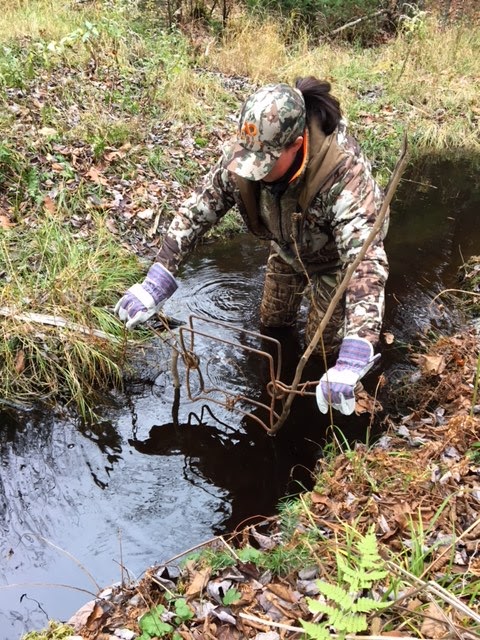 I was reluctant to start splashing around in the steams, but I
did it. My uncle explained that you could feel the smooth parts of the stream
bed by moving your foot.  I highly
doubted that would be the case with my waders on, but he was right.  I couldn’t always see the bottom of the stream,
but I could slide my foot around and figure out where I needed to put the conibear.
I set my first 330 with my uncle coaching me from the bank. I learned how to
use additional sticks to encourage the beaver to go into the conibear instead
of around or over it.  By the time we
left, my uncle had placed a few more conibears and a drowning set. 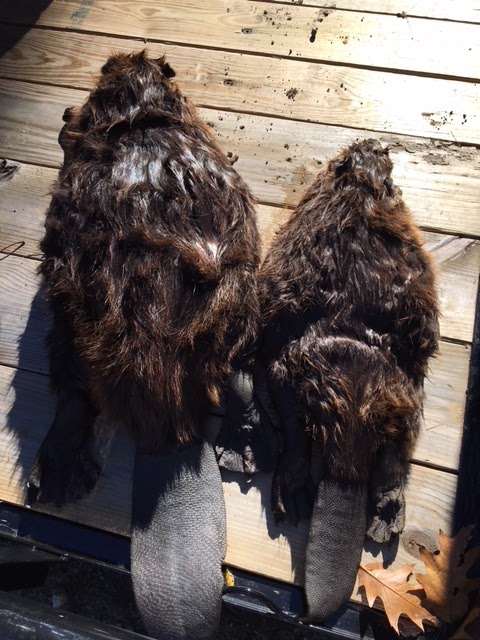 Maine’s trapping laws dictate that all drowning sets and
killer-type traps must be checked at least every three days and I was eager to
see if we had any beaver waiting for us. My trap had not been touched nor had
any others in that area.  My uncle would
make the decision to leave the trap as it was or do some modifications and
continue on.  The second area that we
went to was better and we had a nice male beaver in the trap.  When we finished checking all of the traps,
we had two beavers and I wanted to start buying my own gear. 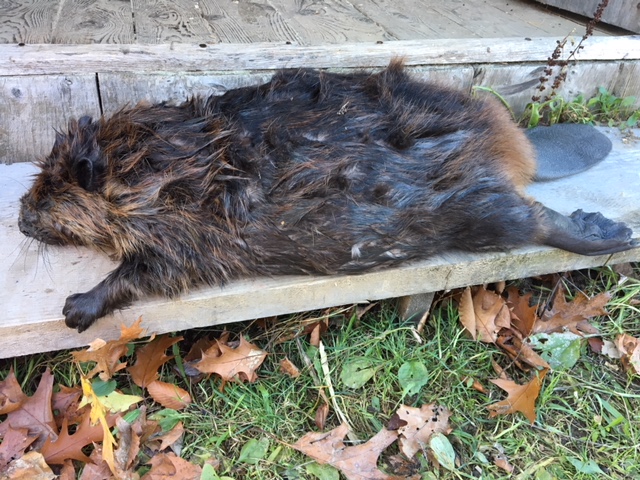 This trapping season, my uncle might take me out again or I will
go with my friend Staci. There is a skill to being a good trapper and an
excitement in not knowing if your set will catch anything.  My goal this season is to get some beaver
meat to share with some of my more adventurous friends.

← How do you remember your hunts? Representing hunters on the side of the road →

A friend of mine in DC occasionally sends me (or Tweets at me) articles that he wants my opinion on. Yesterday, it was an op-ed piece from the New York Times titled, "I Hunt, but the N.R.A. Isn’t for Me" by Lily Raff McCaulou. My buddy wanted to know, as a "lady...
Read More