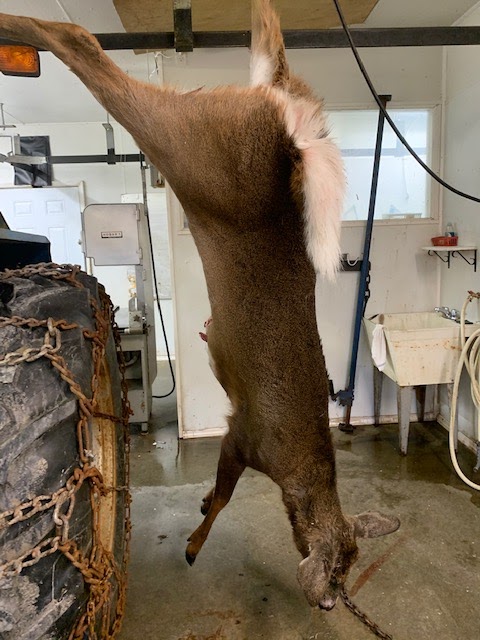 The plan was to shoot does from the property.  The only out was the big buck that we had been tracking.  Hubs was the first who successfully shot a doe in the afternoon of opening day of rifle season.  Having sat through almost all types of weather conditions and some single digit temps, I shot a doe minutes before legal time at the end of the season.

Dad decided to muzzle hunt since the woods would be quieter and maybe that buck would be lulled into a false sense of security.  For two weeks, Dad walked through the woods and finally, in the same the spot that I had shot my deer, he saw a big, healthy looking doe.  As the afternoon light was fading, he made his way over to the deer.

There was some relief as he evaluated the animal.  We were again fortunate that we filled all of our tags and our freezer would be willed with venison for the year ahead.

Dad set his jacket and gun down and prepared himself to gut the deer.  It was not a doe.  Although grateful for the meat, Dad had been set from the start that he was not going to shoot a buck.  We were going to do some herd management and only take big bucks.  This was probably a crotch horn or 6 pointer.

He got it out of the woods, tagged it and called the butcher.  Which is where I met him the next morning.

The butcher explained that it looked like the side with the dark red fell off naturally.  Mind you, Dad shot this deer on December 14th.  This side had the skin adhered to the skull and it looked more like a scab than anything. 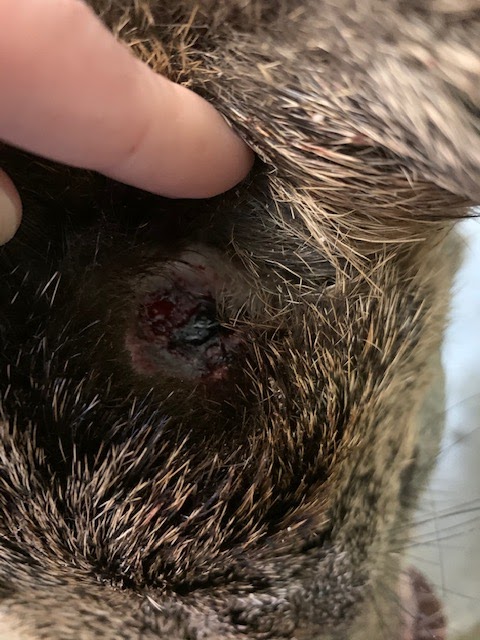 The butcher thought that this side had been broken off.  There were no internal injuries so a possible vehicle collision was ruled out.  Maybe he was trying to fight another buck or… we don’t really know.  It was bright red and the skin moved all around the skull.  I could move it back and forth across the opening where the antler had been.  It was very weird. 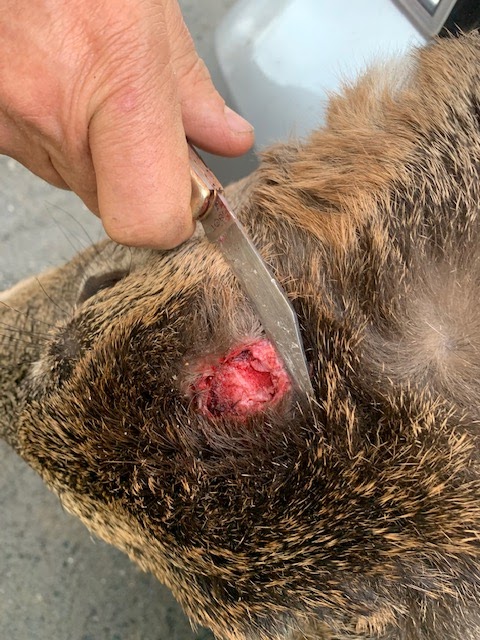 Dad was bummed that he had shot a decent young buck but had that buck had even one antler still on his head, he would still be in the woods and Dad would have eaten his tag.

Instead, we are fortunate to have three deer in the freezer this year.

We are already preparing for next season.  There are shooting lanes to clear, stands to fix up and more time to spend in the woods.

← Wrapping up my big buck hunt Healthy Coyote coming through →

I am so grateful for all of your taking the time out in your day to read, post and follow my blog. Big thanks to Rabid Outdoorsman for helping to get me reinvested by interviewing me and helping to introducing me to all of you! One of my goals for this blog in 2012 is...
Read More

Getting Fit to Hunt

If you follow me on social, then you know I have been training with Jeremy Koerber at Fit to Hunt to ensure I am ready to hike into a choppin' miles from a dirt road in search of a moose.  I know that I don't need to do that. I know that there are people who are...
Read More

Wanted: An Organization that supports me!

As a 30 year-old woman, it is hard to figure out where I belong in the overall hunting world so that I am taken seriously. Women, and my demographic specifically, are the fastest growing demographic in the hunting world right now. I have been hunting for 10 years and...
Read More