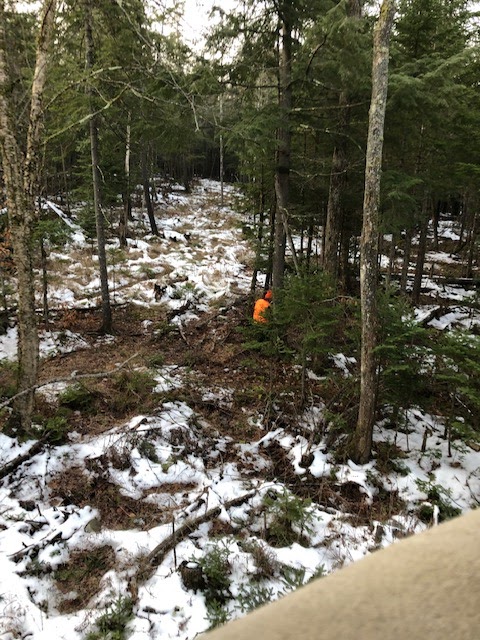 The 4th weekend of deer season was a bust as I had to take my kiddo to a birthday party for a classmate.  I (half) jokingly told him that from now on, when he meets a new friend, he needs to ask them when their birthday is and if it is during hunting season, he can’t be friends with them.

Week 5 had me in the woods for up to 5 days.  I headed in on Tuesday afternoon and sat but nothing was moving. The big buck had started showing up only at 10:30pm or 3am on the cameras.  He had not been seen during the day since the third week of the season.

On Wednesday, Dad and I planned to be in the woods for the full day.  We packed sandwiches and snacks and headed into the woods.  We had a strategic plan for which areas we would hunt and where I could be and where Dad would be.  Dad ended up jumped a few deer and I jumped one as a moved from stand to stand.  No shots were fired though and we planned for Thanksgiving morning and the snow that was moving in. 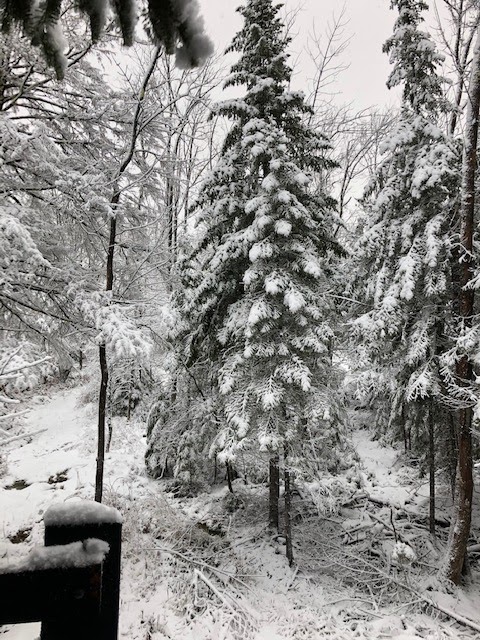 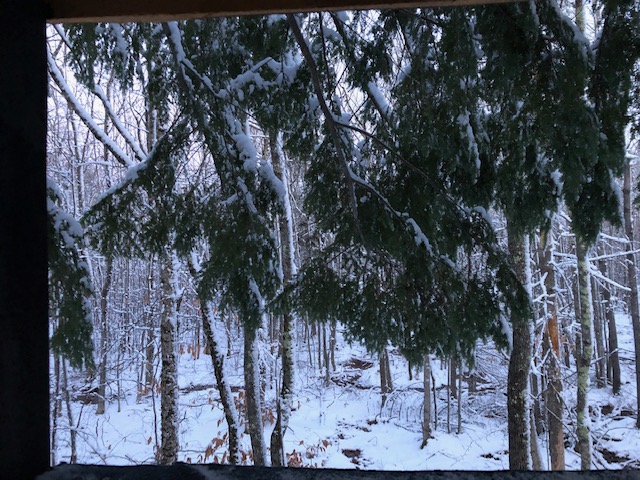 The next morning was cold and the snow was crunchy.  To make things worst, the snow was sticking to the trees and our stands.  Half of my shooting lanes were blocked by over-hanging limbs.  It was windy as well.  I doubt that there were a lot of other hunters out in the woods with us but we had to be out there every chance we had to make sure that we could increase our chances of seeing something.  The pressure was also on to add more meat to the freezer. Dad and I both had doe tags in our pockets.

On Friday, we had some choices to make.  The snow had turned hard and the wind was putting the temps down near single digits. It was cold and the rifle season was close to ending.  We tried tracking the buck but could not find fresh tracks. A lot of the deer that we had seen earlier in the season seemed to have disappeared.  We agreed that if we were lucky enough to see a doe that we would fill the freezer.

Friday evening’s sit was frigid.  The wind blew into our blinds from the northwest. I squeezed into the corner of the stand so that I could watch the field and the shooting lanes.  As it started to get darker, I saw her step out from behind an evergreen tree.  She was munching on the bushes along the ridge.  The snow in the blind was frozen and my boots crunched every time I moved.  I slowly changed my position and moved my gun so I could take a good shot.

It seemed like forever before the rifle fired.  I watched her stand there, saw the burst of fire and then she jumped.  There had been another deer with her that ran back over the ridge.  I watched as she ran a few feet and dropped.  My hands were shaking as I sent mom a text to let her know that we would be late.  Dad smiled as he emerged from his stand in the woods.

There is a gratefulness and emotion behind every shot.  We will have more meat to feed our family and we helped with the population management of our little herd.  It was not the big buck that I was after but I am fortunate to have had the opportunity to harvest this doe. 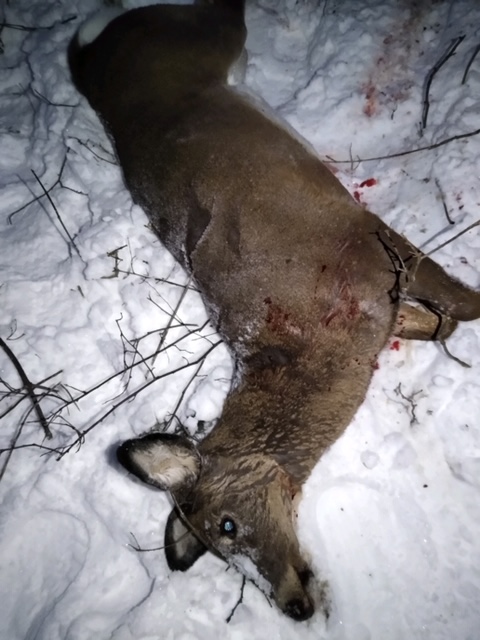 In the woods: Water birds

While Staci and I were out paddling, we had the chance to get pretty close to female Mallards and a Blue Heron as it fished.
Read More

We are in business now!

Here they come!  Site 1 and 2 now have bears coming in.  Steve said that they are very good looking bears and healthy, too.  These are from the trail camera memory chip that Steve puts into his camera.  He then takes these photos, of the camera...
Read More