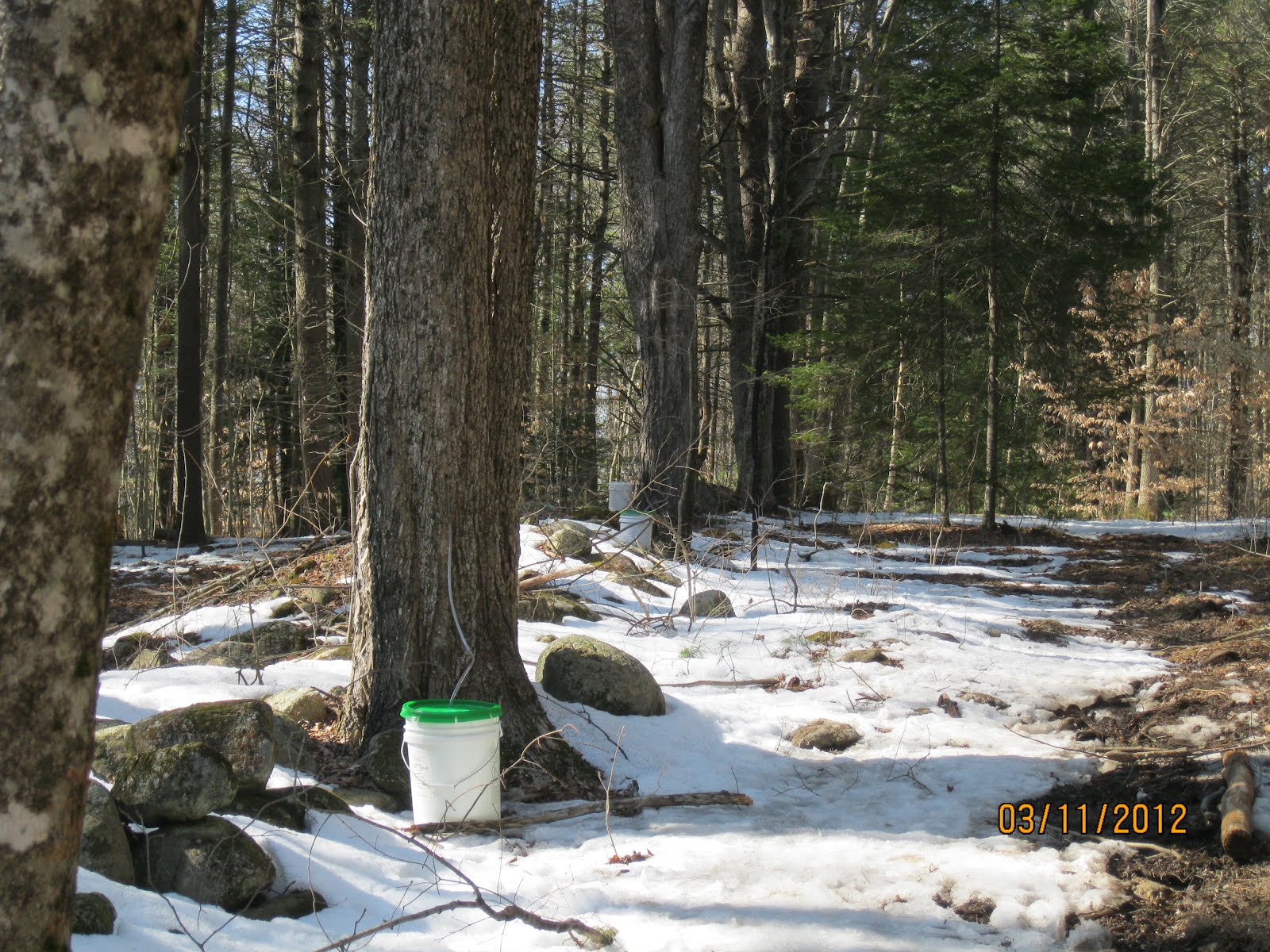 This Sunday is Maine Maple Sunday! In 2011, Maine produced 360,000 gallons of maple syrup. In order to get 1 gallon of syrup, you need an average of anywhere between 34-42 gallons of sap depending on the concentration of sugar.

For Hubby’s birthday, we headed to a friend’s house where he has about 5 taps going during the season. This is his set up – metal taps, plastic hoses into 5 gallon buckets. 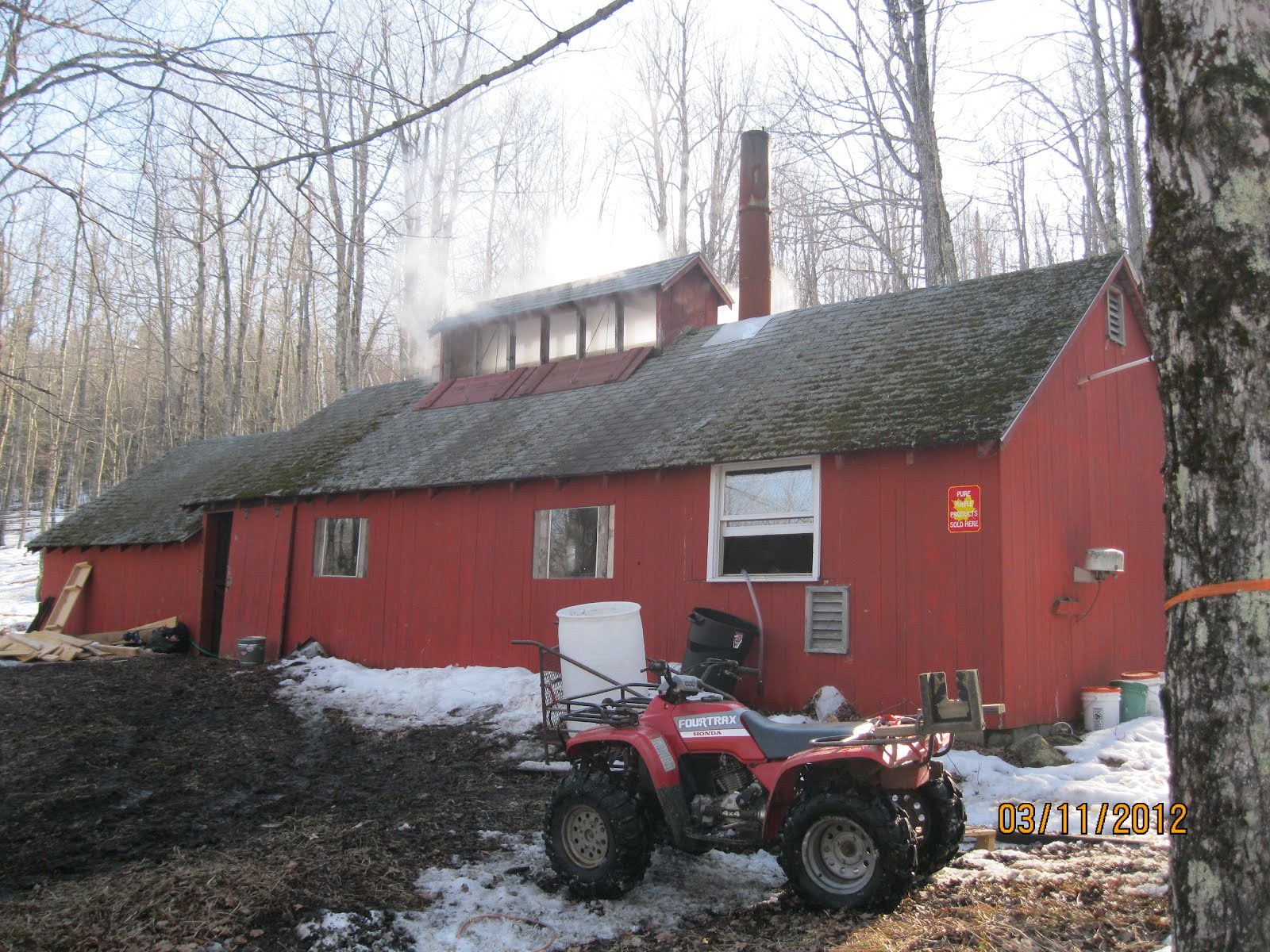 We then headed to Brian’s nephew’s sugar house. This place was built in 1954 and there is a small camp right next to the sugar house where they use to sleep while collecting the sap all spring. 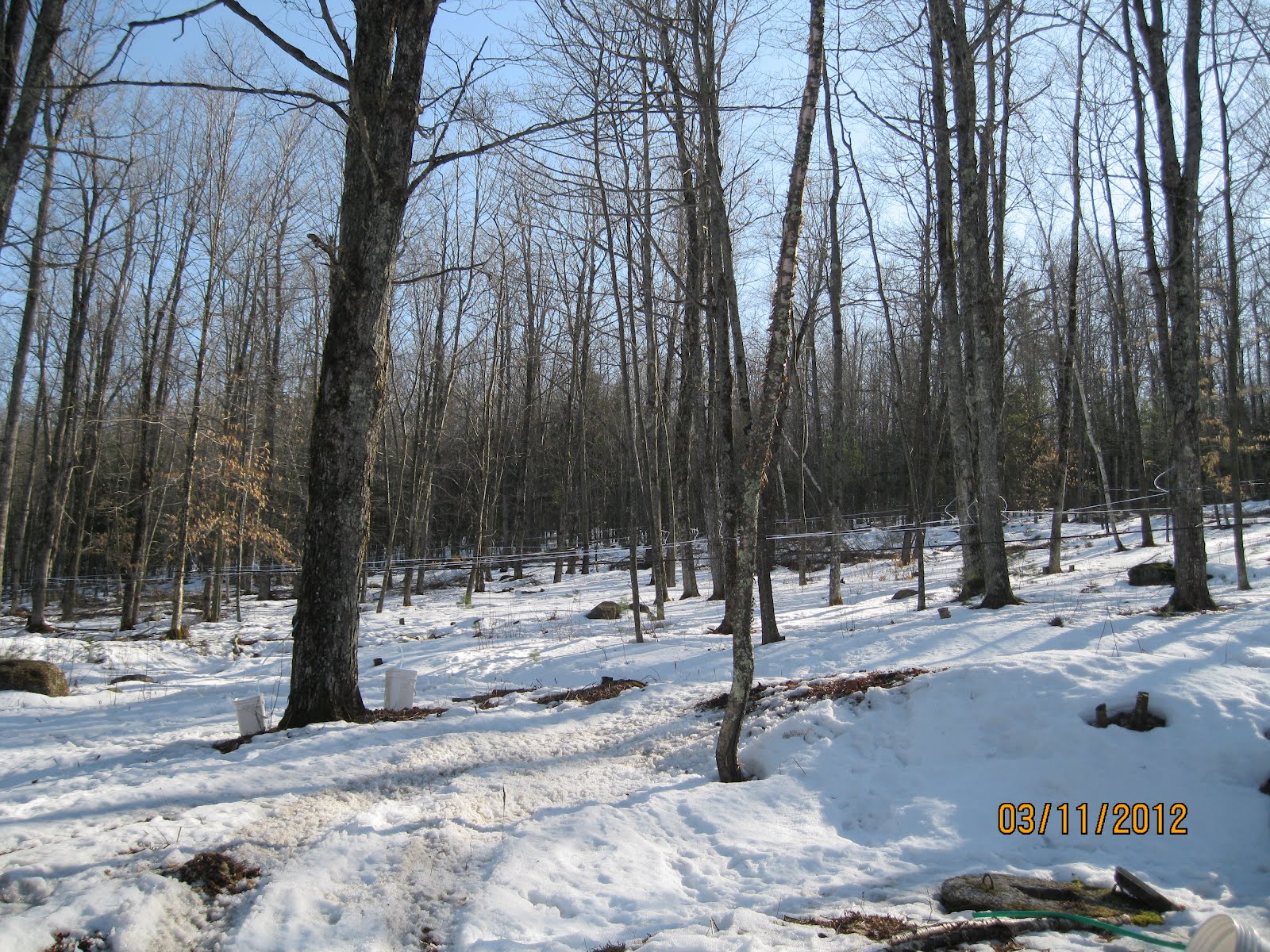 Brian’s nephew has 700 taps. I tried to get a good picture of the web of tubes but with the sun, none of them came out great. Hopefully you can see the spider-web like set up he has. The sugar house is downhill from all of the trees so gravity helps to keep the sap running. If they need to, they also hook up a generator that creates a suction through the entire system to help get the sap out. 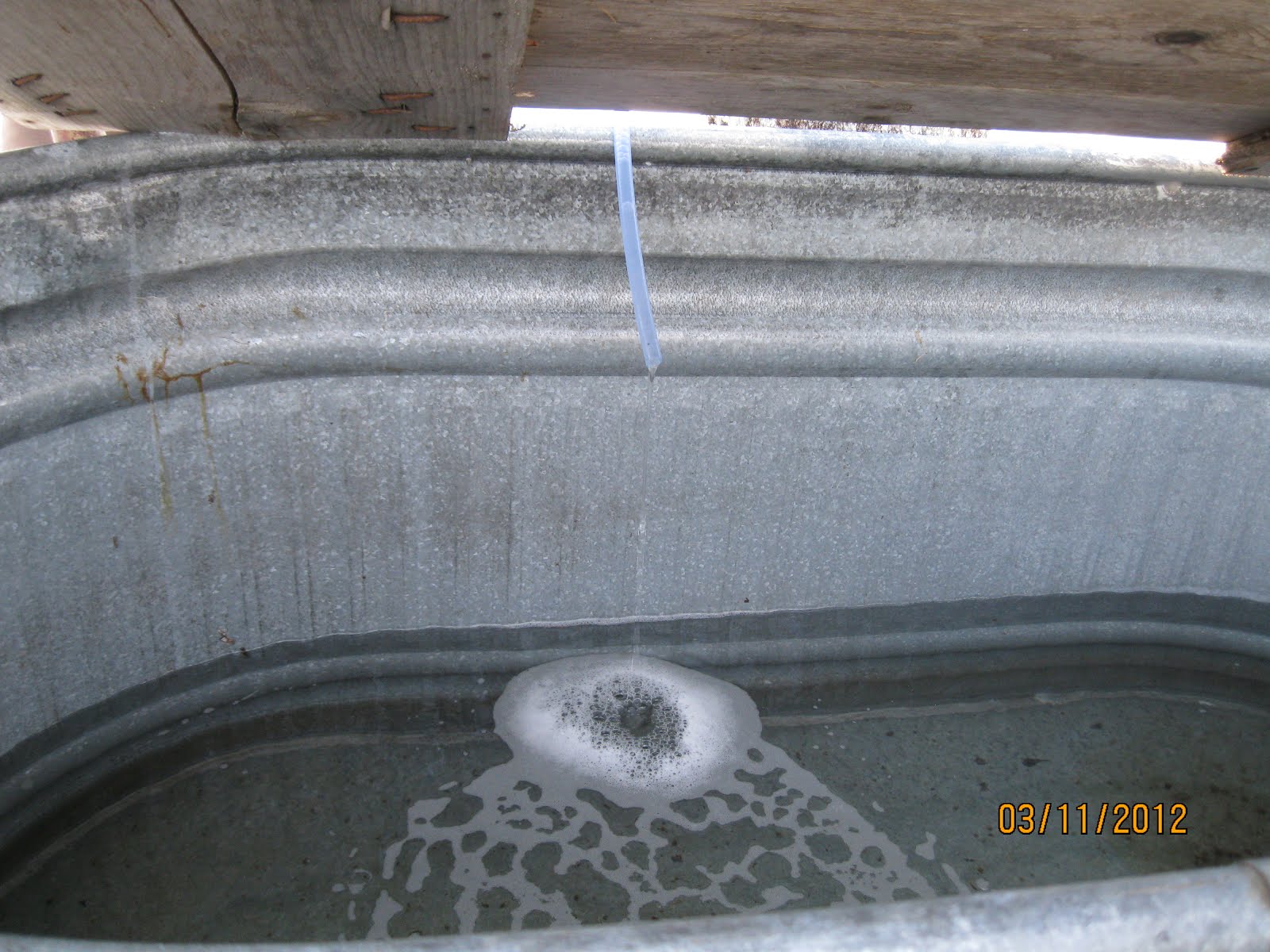 We have had temps in the 80’s for the past week or so. Very abnormal Maine weather and because it has been staying so warm, the season has (or will be) incredibly short. Brian has already pulled his 5 taps and instead of normally making about 6 gallons of syrup, he made 2 1/2. In a normal spring, the days are in the 40’s and the nights are in the 20’s. Cold enough for the sap to move into the branches and then warm enough to move into the trunk and out into the taps. You can see the sap running into the bucket, like water from a tap. 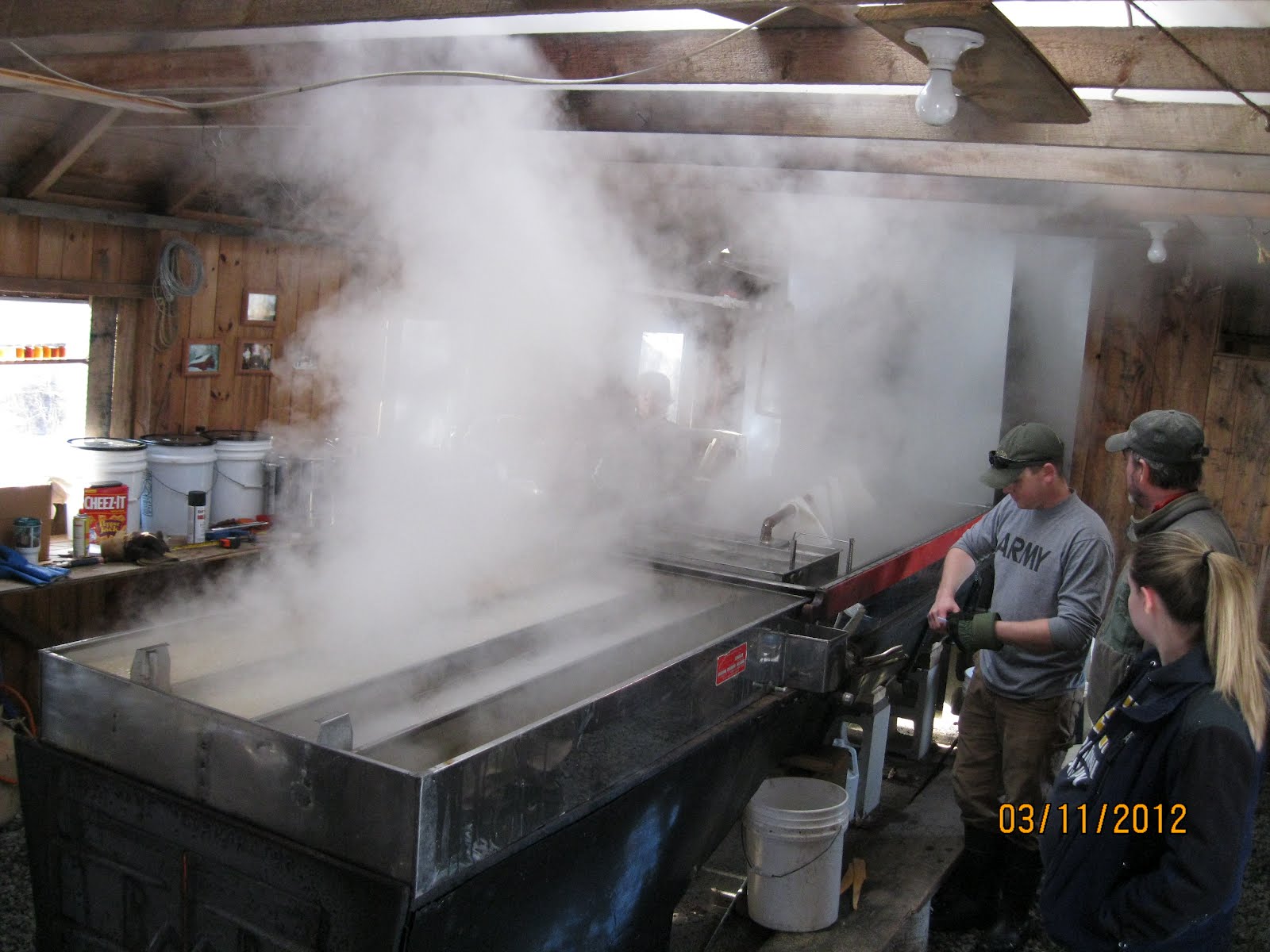 The sap runs into the building, down the pipes and into a table like set up. From there, it flows into this snake set up. Sugar houses are about 110 degrees because you have to keep the fire going constantly (under the table) so that the sap can stay at a boil and the moisture can evaporate, leaving just the maple syrup. 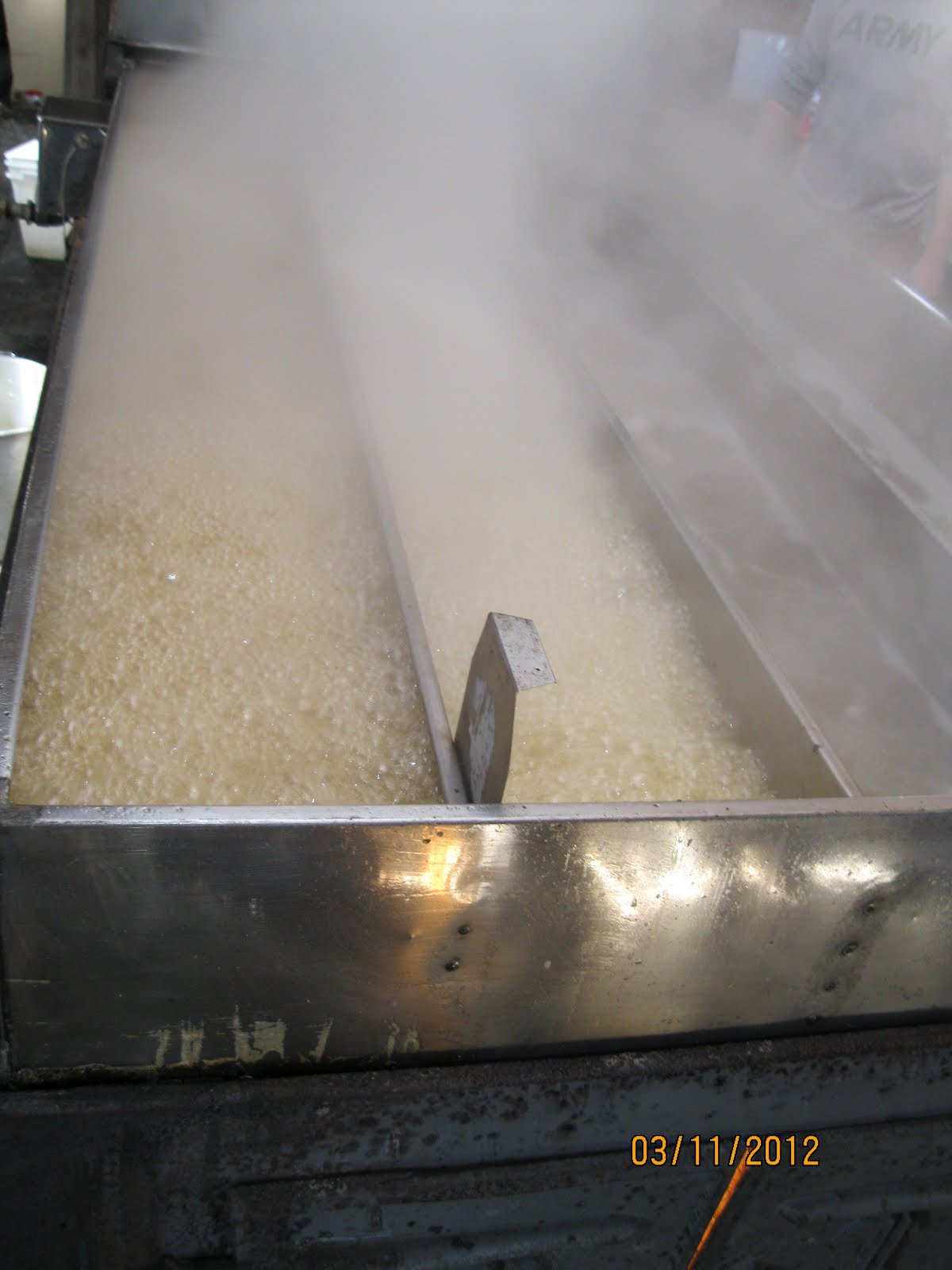 You can see the color change (from right to left) as the sap is boiled down to sugar. 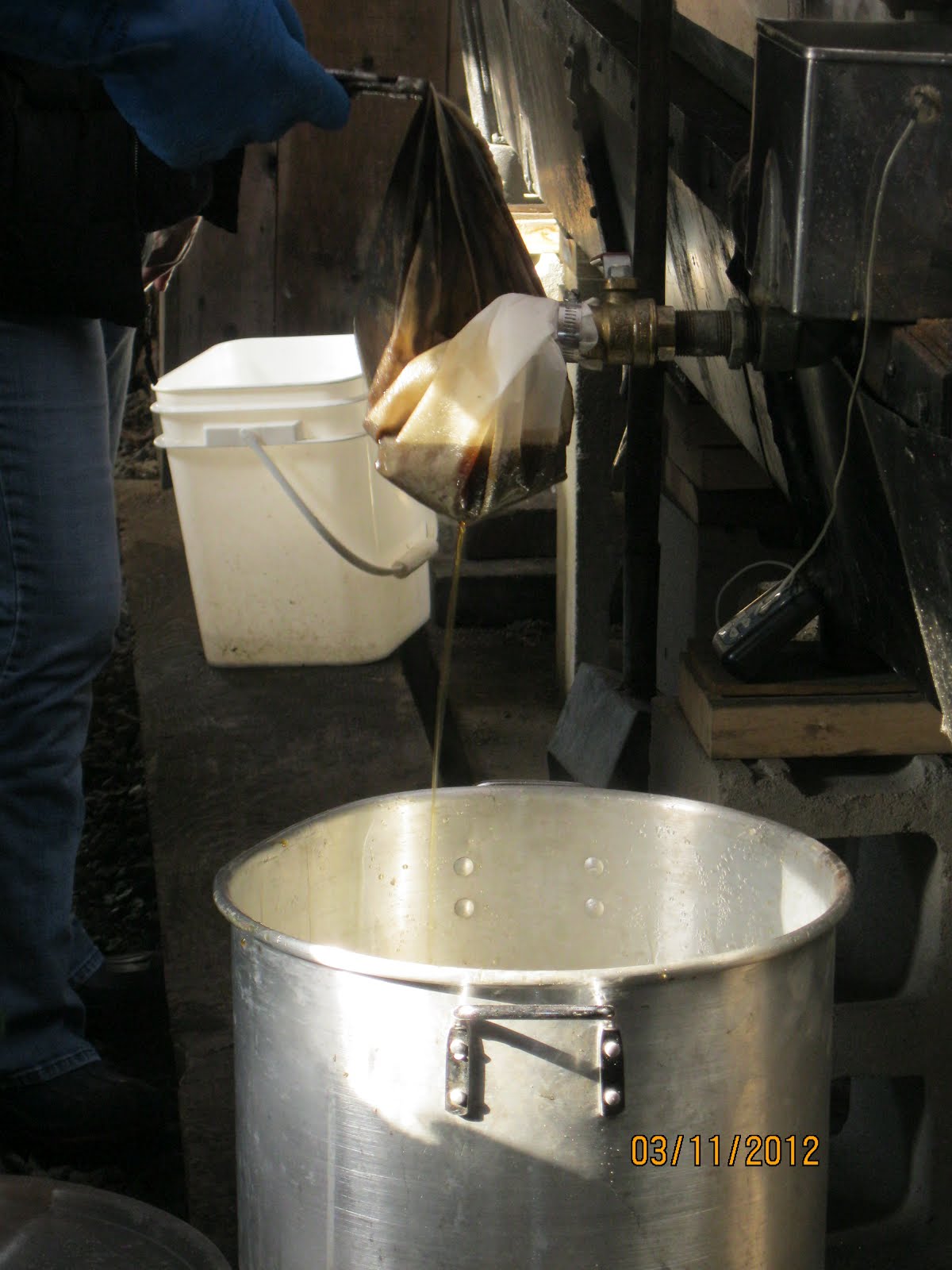 The sugar gets filtered and ready to be bottled and sold at the many festivities that are held throughout the State on Sunday. 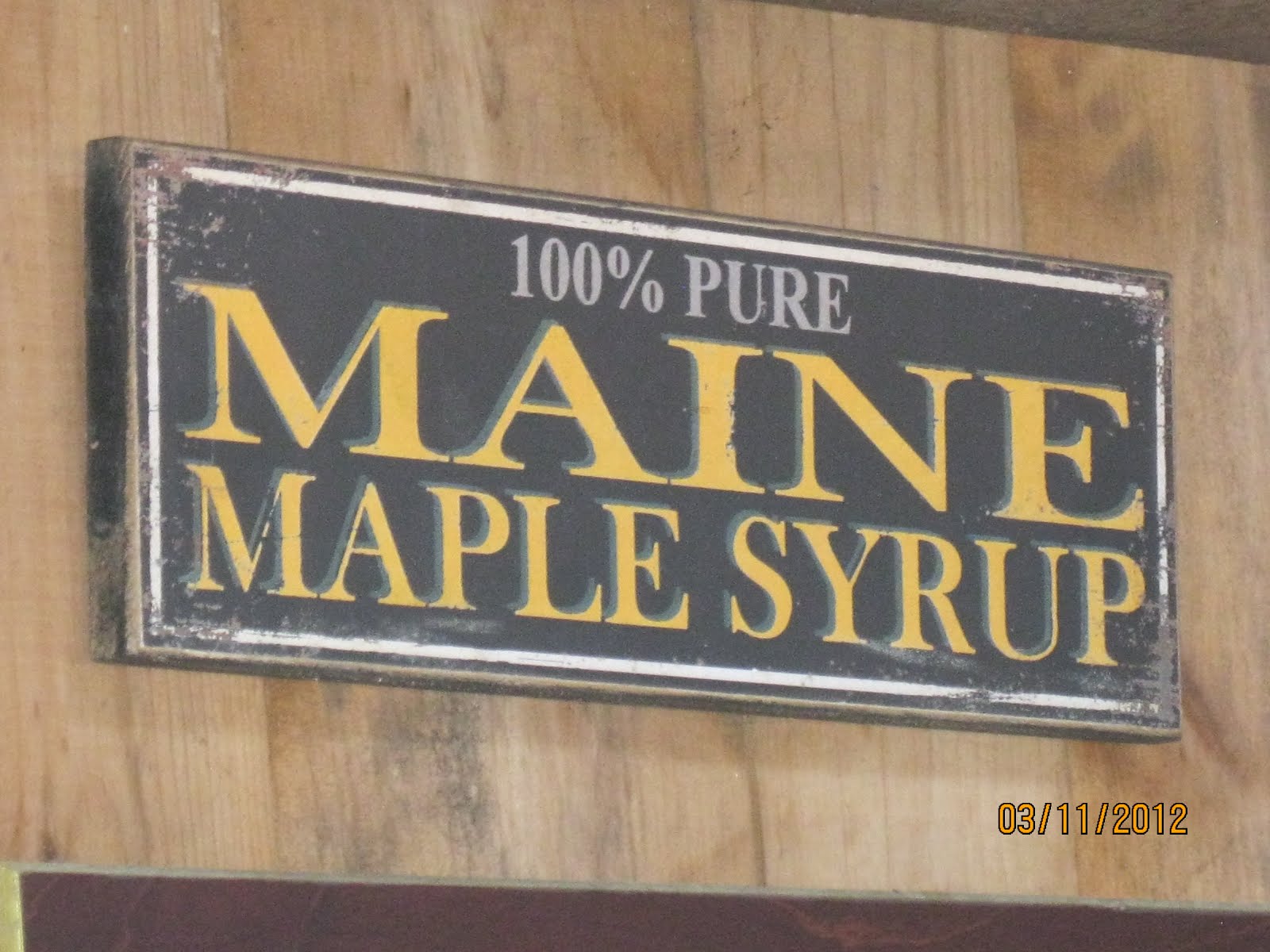 If you are in Maine, get out and support local Sugar Houses! Especially, since they have faced a hard spring. Here is a link to all of the sugar houses that are open to the public this weekend. Go Local!

One road and SO many signs!

In search of our turkeys, we walked down this camp road.  It was around noon and there were some great spots to sit and call from along the way.  Right from the start we knew this was an animal haven!  The tracks and scat were all over the place. ...
Read More