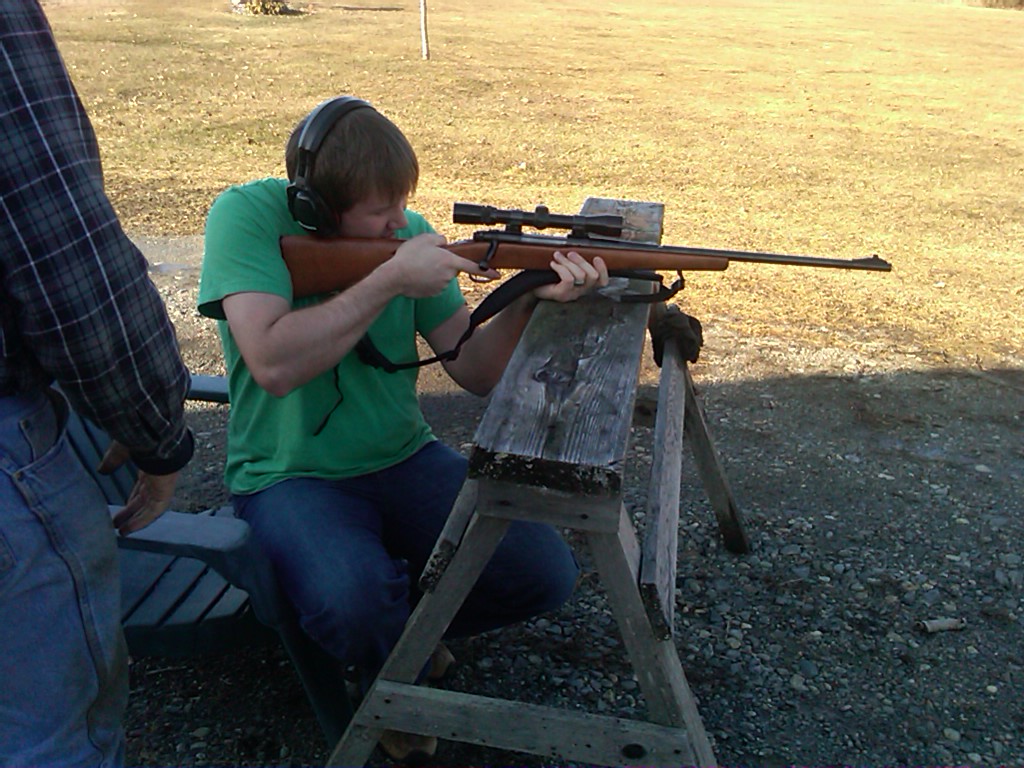 This weekend, Hubby got his first real hunting gun. Its a Winchester 270 with a Bushnell 9 power scope. Last year, he was hunting with a borrowed 12-guage. So, with the weather being incredibly nice, and it being DAD’s bday(!!!) we headed to the back yard to start sighting in the gun.

First Hubby shot. He took two shots into an empty plastic jug that was propped up on the wood pile at about 60 yards. One shot was a little high and to the left. The other was about 2 inches to the right. 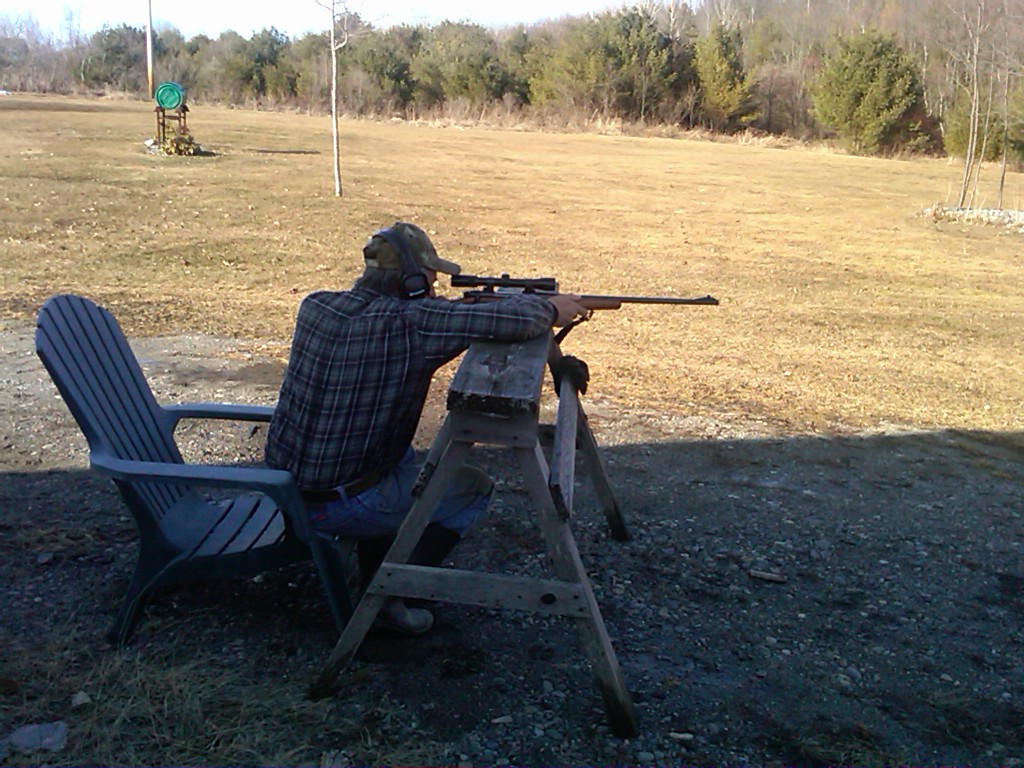 Then Dad decided he needed to try and turned to hubby and said “Lets see if it’s the gun or you” and chuckled as he took two shots. Dad’s a cool lefty!!! And he was about an inch off the target. 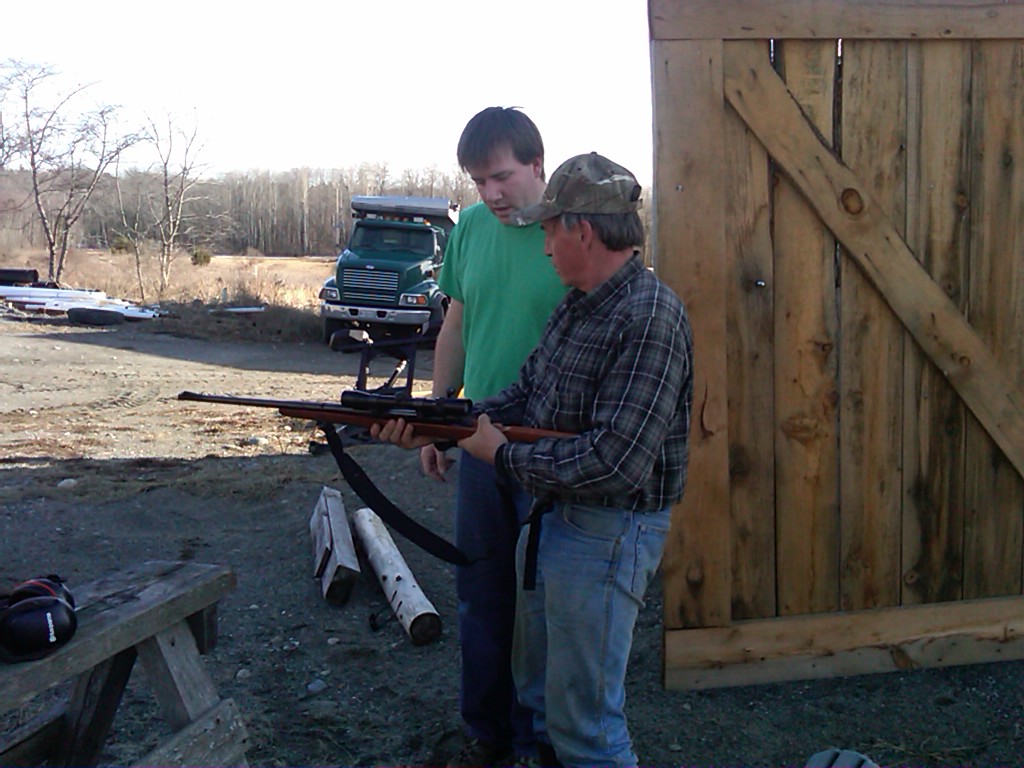 Apparently, the trigger pulls hard so Dad gave Hubby a tip on moving his finger in more, letting the first knuckle pull the trigger instead of the finger tip. With one last shot, and taking Dad’s advice into consideration, Hubby sighted in on another target and shot. In the dead center. Dead Deer.

I did not shoot the gun, just played photographer. My trigger finger can only handle one shot per year =) ha!

← Me and the Commish: Part 3 Maine Maple Sunday →

When Staci and I headed to our last spot to fish, we flushed two birds from the trees.  Initially, I could not tell if they were hawks, turkeys or what... it wasn't until they landed on a tree across the stream from us that we could see them! Young Great Horned...
Read More

This Sunday is Maine Maple Sunday! In 2011, Maine produced 360,000 gallons of maple syrup. In order to get 1 gallon of syrup, you need an average of anywhere between 34-42 gallons of sap depending on the concentration of sugar. For Hubby's birthday, we headed to a...
Read More