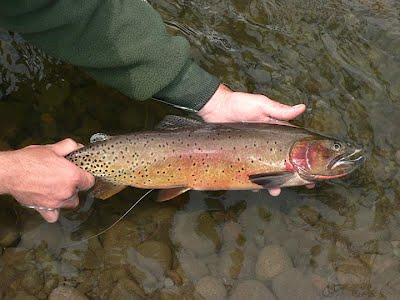 When I was 25, I flew into Albuquerque, rented a car and drove for two weeks. I sketched out my route and made sure to hit as many National Parks as possible. I went to Grand Canyon National Park, Zion, the Canyonlands, and Arches (I was there a few months before the big arch fell!). It was breath taking! I would hike and just stop in awe of what an amazing resource we have in our National Parks. Standing in these places and seeing the grandeur of the Parks made me so grateful to live in a country that preserves and protects places like this.

I live in Maine and have Acadia National Park in my backyard. I worked on Mount Desert Island for 4 summers and would see thousands of tourists spend time in the Park. So many people use, enjoy and spend time in our National Parks, but, I would say few look beyond the views to what makes Acadia and the rest of the National Parks, what they are: their ecosystems.

When you go home after a great trip, there are photos and memories but the impact that all of us have on these places is taking its toll and as my generation gets older, has kids and grandkids, we need to do a better job of educating them and teaching them about appreciating these Parks and how important conservation is to ensuring the future of species like the Cutthroat trout to Yellowstone National Park. We want to ensure that the animals and fish are not just photos in an old picture book of memories telling a story of what was.

I use the Cutthroat trout (both the Yellowstone and Westslope subspecies) as an example because of the issues surrounding the fish of Yellowstone National Park and how the result of what happens now with these fish populations can have a lasting impact on the entire ecosystem in Yellowstone.

There are 11 native species of fish (the Cutthroat species are two of them) and 5 non-native species in Yellowstone. When the Park was founded, many waterways were fishless and so there was an effort made to stock the lakes, ponds and rivers. This practice continued until the 1950’s. With any new population boom, there are issues. In Yellowstone, the native species like the Cutthroat were (and are) having to battle a number of other trout species (like Rainbow, Brown and Brook) for food and a solid, healthy habitat while dealing with a high number of Lake trout that prey on them.

There is also illness. Whirling disease is an infection that destroys the cartilage of young trout and causes them to become unable to feed or escape from their water and land predators. As the picture shows, the cartilage turns black as the disease takes over the fish. The result is a kill off of the next generation of young and a massive population hole.

There are more problems facing the Cutthroat (there are 7 invasive aquatic species in the waters of Yellowstone plus human interference and good ole’ Mother Nature) but if we could stop and think about it, they are not alone. If we took a step back and thought about the world around us and how with one thing removed from the circle, in this case the Cutthroat, it could have so many repercussions that could change the waterways and overall ecosystem, of Yellowstone forever. I am guilty of this; I hunt and am slowly getting into fishing but until I wanted to enter this essay contest, I had never thought about what my responsibility is as a conservationist to promote a better understanding of how it all works. How many of us – those who regularly read this blog and those of you who will for the competition – have talked to friends and family about what we are passionate about (hunting, fishing, hiking etc) and the details around how these resources can be sustained?

It is wonderful to have people interested in supporting the effort to keep the wolves, bears, bison and elk herds healthy in Yellowstone, but in order to truly have an impact on the future, we need to look a step or two down the food chain. It is important that we look at what sustains the animals we have grown to associate with Yellowstone and work to keep a fragile ecosystem in balance. Fish are an intricate part of this as they provide food for grizzly bears, eagles, otters, herons and a number of other birds and animals. If we can put our efforts and awareness into the issues surrounding the fisheries in Yellowstone National Park, we would be taking steps to preserve the beauty and awe that is Yellowstone. 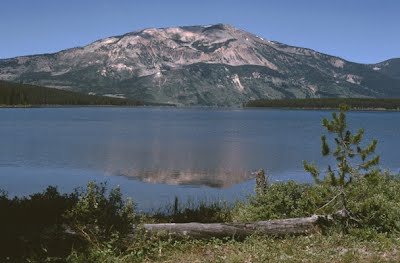 This is my submission for the Trout Unlimited, Simms, the Yellowstone Park Foundation and the Outdoor Blogger Network – Blogger Tour 2012 contest.

My 10-pointer shot on Nov 25th 2011. The closer we get to November, the more I am concerned about what life will be like for my beloved White-tailed deer.  In 2007-2008, we had a harsh winter with a lot of snow followed by massive flooding in the northern part of...
Read More