A dinner of meat – for a good cause. 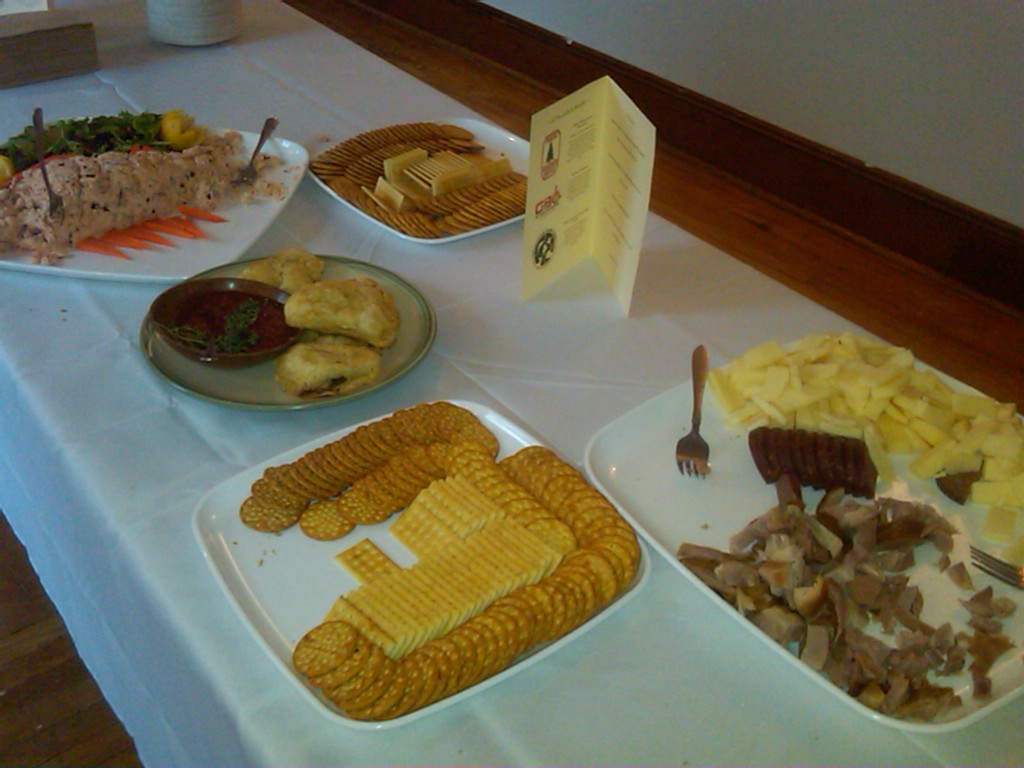 A dinner of meat – for a good cause.

Last week, Hubby and I traveled to Unity to the 7th Annual Sportsmen’s Conference and Game Dinner  and met up with Robin and her family.  The dinner raises money for local non-profits and serves game that is usually donated by local hunters, game wardens who take animals that have been poached and the members of the Unity College community.  We had everything from elk and bear to togue and beaver.  And if you were lucky enough to get tickets to this yearly sold out event, then you were able to enjoy a 5 course meal in addition to the yummy appetizers.

I was open to trying anything that would be served – within reason (I won’t eat the heart of anything, even when I am not pregnant) and I am happy to report that there were a few things I was surprised that I liked!  For appetizers, I tried chicken-fried beaver with aoli sauce (yum) and bear (also yum) and venison and elk tempenatas (they were so so) but the one that sealed the deal for me was the cheddar and venison meatballs.

Dinner was a 5 course meal!  While I would have liked something like a side salad and dinner rolls and a full pitcher of water on the table, so I wouldn’t have had to flag someone down when I wanted more water, the food was good.  Here is my breakdown: 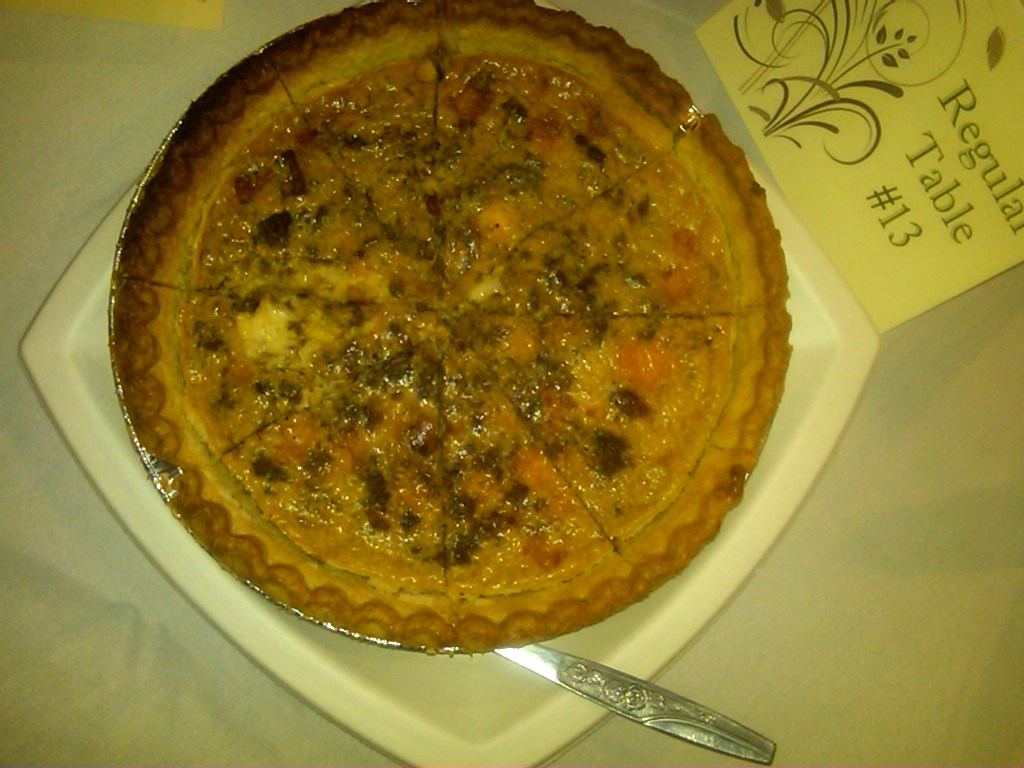 I don’t know where I can shoot an Axis deer, but I want to now!  Or just get the meat. This was so good – like a really good sausage quiche that was rich, moist and all around awesome.  I could have eaten a 2nd piece if there was enough.  Sometimes they auction off extra food that is not made up.  If one of these pies was up for grabs, I would have done my best to buy it.  Good way to start off the dinner. 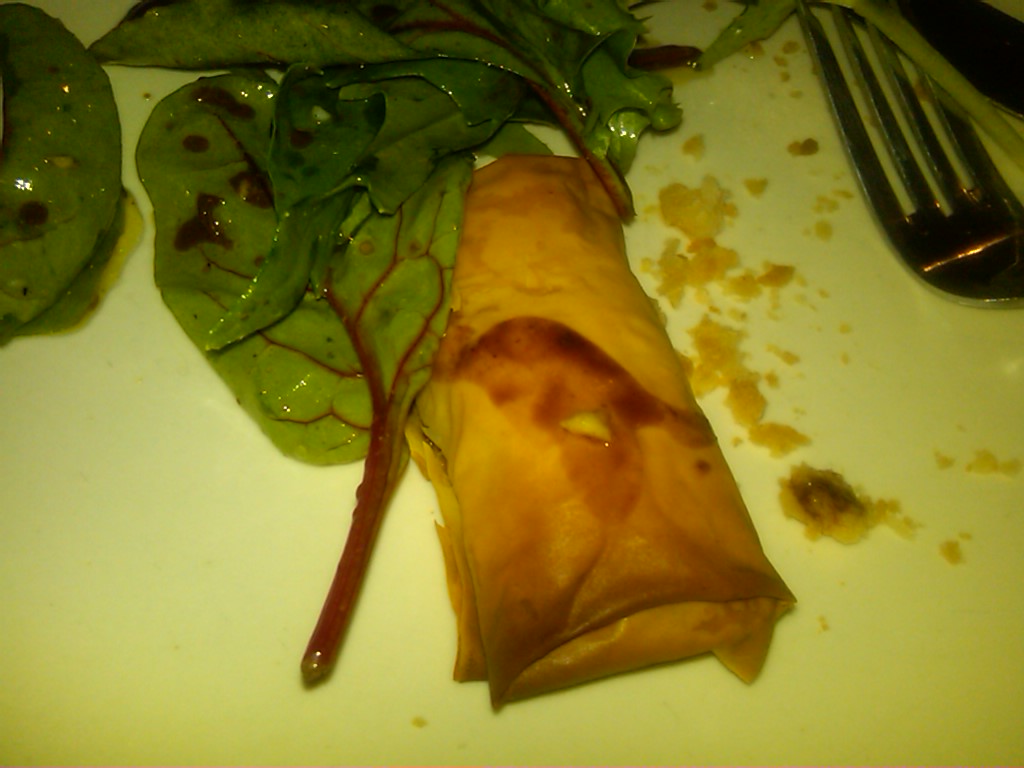 I have never had either of these meats so I hope this dish does not represent how they normally taste.  It was dry.  Really dry.  The salad dressing and glass of water that I drank with this helped but it was hard to get down.  But, I can now say that I have had goose and wild hog now.  Hopefully, I can have them again and they will taste better. 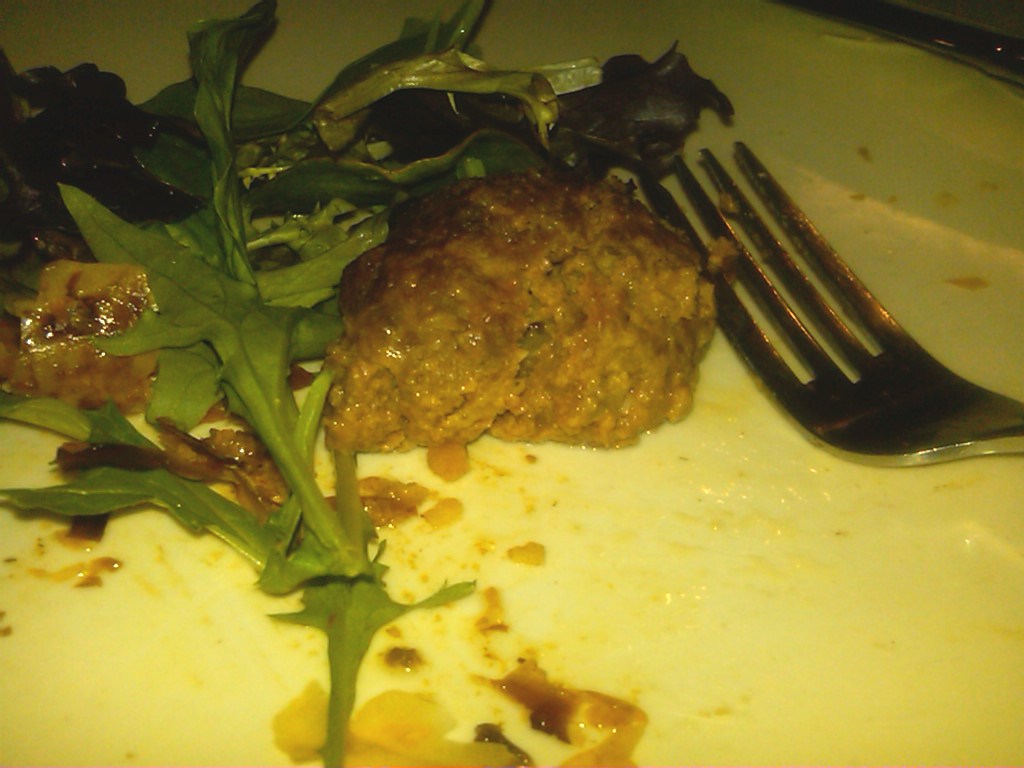 I don’t like spicy food unless I am sick and need to knock the illness out of me.  Having a baby that would do more cartwheels than he already does if I ate this whole spicy meatball convinced me to try a bite and pass it on to Hubby.  It was good and probably in some red sauce with spaghetti, it would be really good.  As a stand alone dish, it was a little too much for me. 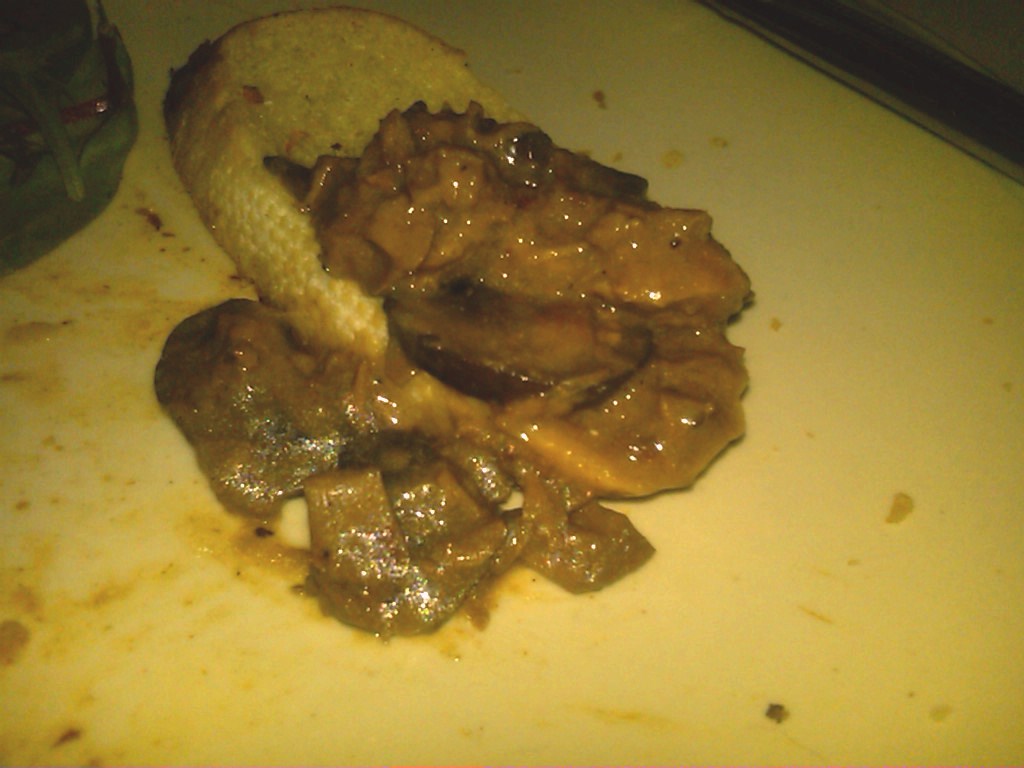 I love mushrooms.  It is probably not normal that I would eat them with every meal and any type of mushroom.  I have made stroganoff before but not with venison.  My determination after eating this was that I could probably make it better and a little more flavorful. 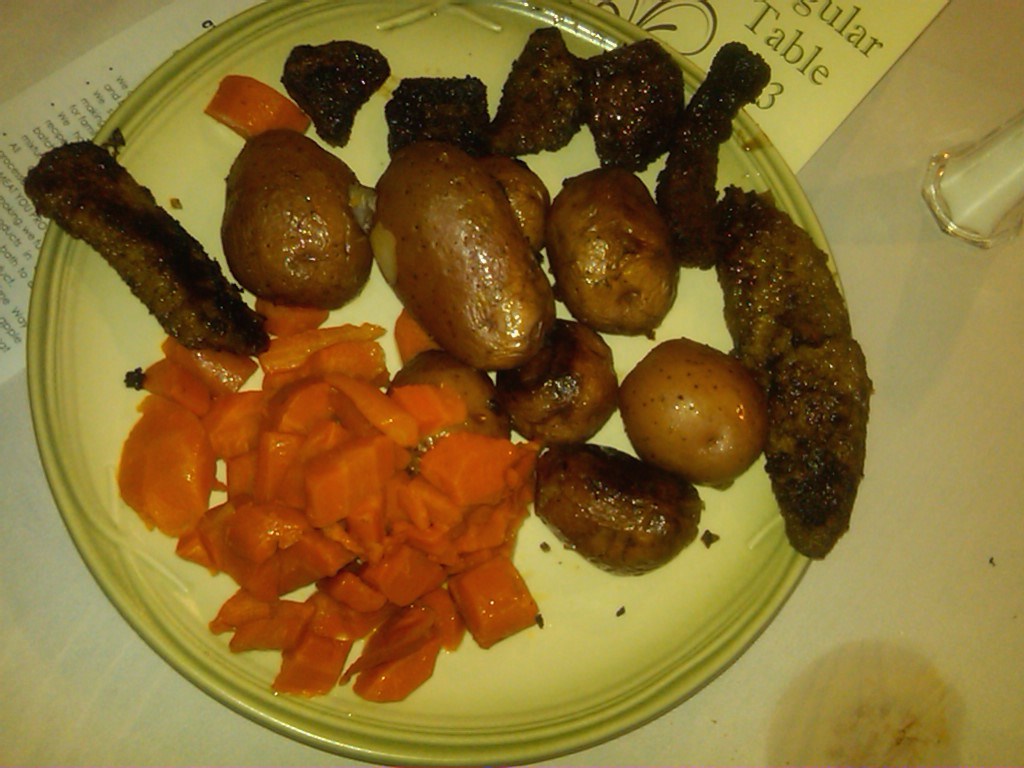 If there was a dish in which I would play up the fact that the pregnant lady wanted more, it was this one!  I don’t eat carrots so I don’t know how they were, the potato was a potato but those cutlets were SO good!  Just slightly breaded and so flavorful.  When the waitstaff came to the table with a plate of more cutlets, I was all over it.  The chef walked around to all of the tables and thanked everyone for coming (he also organizes the whole dinner).  Someone at our table asked about the cutlets and I eaves dropped so I could figure out if I dare attempt to make them myself – I do have venison in the freezer.  I will let you know if I do try to duplicate this effort!

To all of you hunters out there – what other meat should I try?

The non-profits that were the recipients of this year’s event were:

← Do I need to worry about ticks? The joys of being a female hunter →

The emotions that go along with this are hard for any nonhunter to understand. There is a literal weight of an organ that earlier in the day, beat inside an animal and the figurative weight of choosing to kill an animal to fill your freezer. There is a dedication of...
Read More