Let’s get a bear 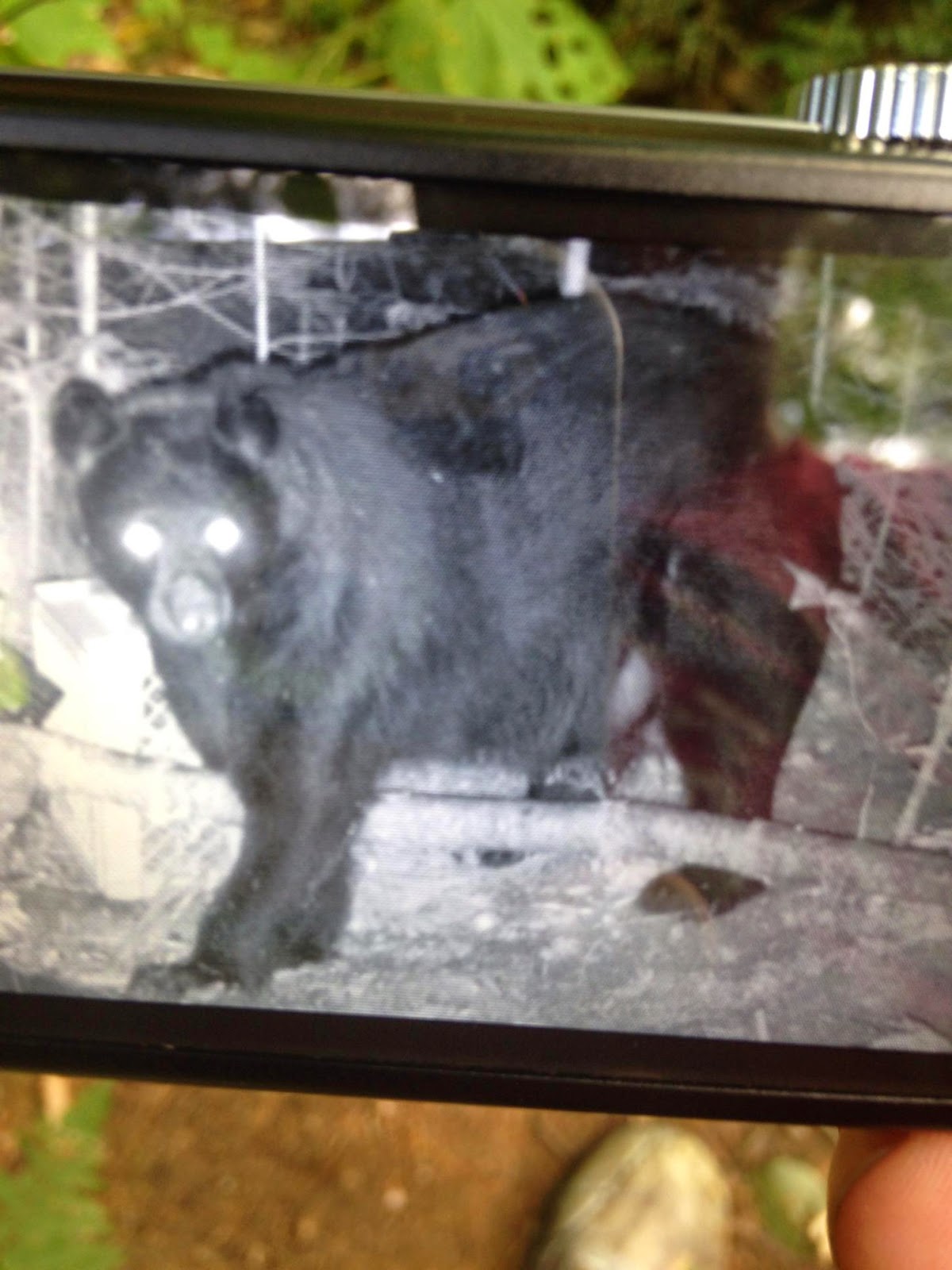 Let’s get a bear

After we struck out on the first night, we planned to go out again and get us a bear.  The photos that were were seeing showed incredible bears coming in all the time.  It was just a matter of being in the right place at the right time.

The day before I was going to drive up to meet with Steve and Lorri, I got a text from Steve: “GET MORE BULLETS.”  We had a behemoth bear coming in on a regular basis and when he compared it to his 420lb bear, he figured it was 500-600lbs.

I was more comfortable now since I knew where we would be, what the light was like and where I’d be sitting.  This time, I would be sitting with Lorri and Steve would go to site 2. It was a beautiful day with sun, a light breeze and 68 degrees.  Cool and ideal for a bear to come hit the bait.

We pulled up to the parking spot at Site 1 and there were no hippies!  We were already better off than the last time.  We headed into the site and got set up.  Steve decided that I should sit on the left this time to get a better range.  Lorri and I were ready and excited. Bears had been coming in almost daily and the bait site was ripped apart and every bit of bait was gone.  Lorri and I got into the blind and watched Steve leave more bait.  As per the norm, he checked the camera before leaving fresh bait.  His hand signals said it all: lots of bears including the big one were coming in during hunting hours and staying for 30+ minutes.  Their clock was starting to change and they were getting more hungry and competitive.

As the light started to drop, we kept watch and listened for movement or noise of any sort. There was a gun shot in the distance and we saw the minutes and light slip away.  In what seemed like an hour, was really five and we had to call it.  No bears and no more days scheduled to hunt.  A little more than 10 hours in the woods, over bait, surrounded by many bears and not a glimpse of one while I was in the woods. I have said it before – this is NOT easy.

We had just gotten back from snowmobiling when Dad said that there was a turkey outside.  We watched as more and more birds flew down and started pecking at the dirt spots on the ground.  At their closest, they were about 10 feet from the back steps.  I...
Read More

More photos of the barred owl.  I love that you can see its face.  It makes me want to get back out in the woods.
Read More