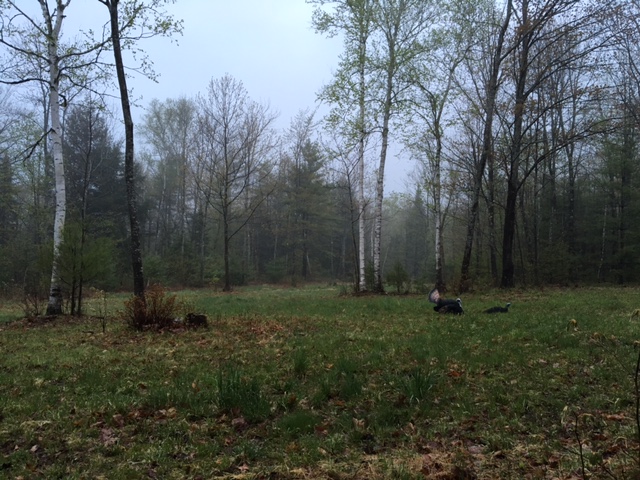 I think overall, I was excited for turkey season.  I really was.  Then May came and we went fishing, celebrated Mother’s Day and found ourselves busy.  Dad and I had one morning to head into the woods to hunt.

We had moved the blind closer into the woods and the path that  I had seen the turkeys on when I was deer hunting. We set up the decoys and waited for it to get lighter before I started calling.  I had a box call, slate call, electronic call and a couple of apps on my phone.

We called and listened.

After a few hours, we made our way to the fields to see if there were birds around. 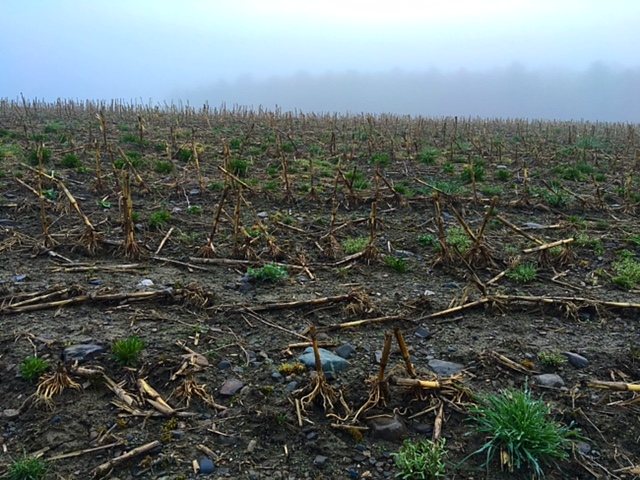 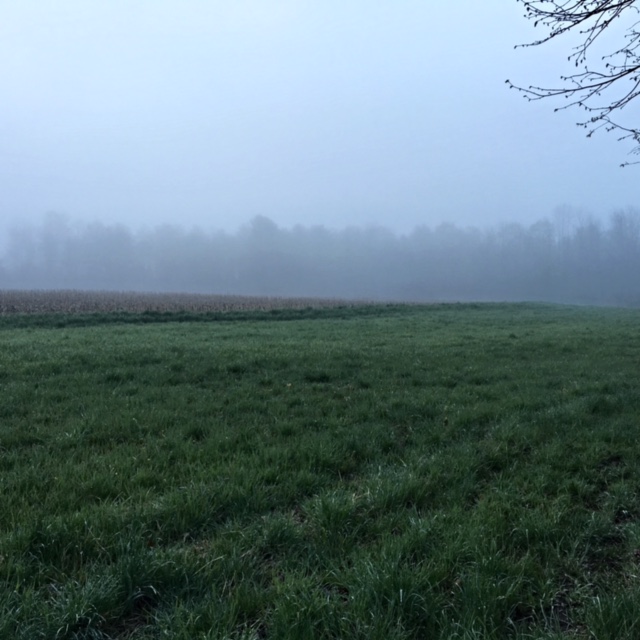 It was quiet as we walked but that didn’t stop us from jumping at least three deer and a pair of Mallards who were swimming in a large puddle.   We snuck into the field as best we could and crept along the ridge to see if there were any turkeys eating in the corn fields. Nothing.

We called and listened.  Nothing.

We thought of a couple other locations that we could try and headed there.  The fog was starting to lift and we could feel the sun and impending heat working to break through. 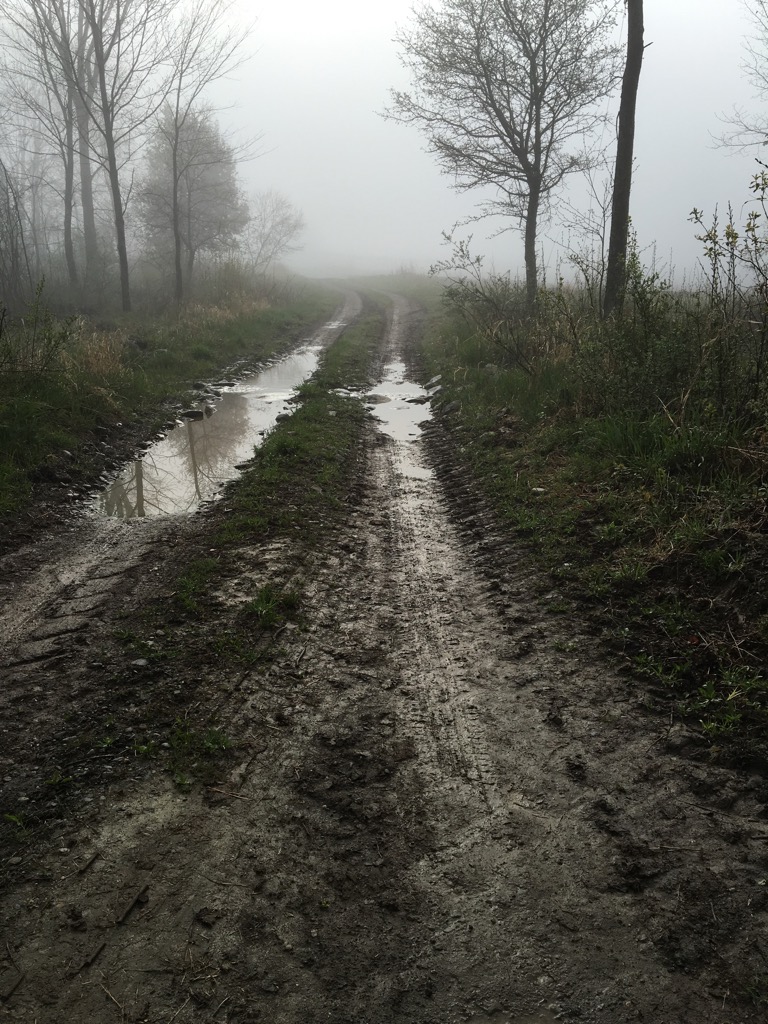 We walked a couple of miles into the woods and called. Still nothing.  It was as though all of the turkeys that we had seen on the trail cameras had totally disappeared.  A little discouraged to not even hear a gobble, we walked further into the woods before coming upon another hunter’s truck and turning around.

We tried another two fields nearby before heading home for lunch.

The sun was out now and it was getting warmer.  I opened up the trunk of my car and put a few layers inside.  As soon as I shut the trunk, we heard a gobble.  I had gotten a bird to shock gobble! and that bird was close.

I reloaded the shotgun, put the safety on and we headed in the direction of the bird.  We listed as we got closer but couldn’t hear the bird moving.  We called and heard nothing.  A swarm of black flies engulfed my face and I swatted at them in a failed effort to be free of them.   I called more and continued to hear nothing.

Dad and I looked at each other.  This perfectly described our career as turkey hunters.  It was fun being in the woods with Dad but we were absolutely OK at that point to call it a season and we did.

Maybe this fall we will get lucky and be able to take a bird!

← When fishing: Men do that? In the woods: Mourning Dove →

Here is how we got to this point. The two men did not seem to see is and Tim and I tried not to give ourselves away but we were on the edge of the field.  Tim tried calling the land owner because the property was posted and he was supposed to be the only one...
Read More

The 4th of July was a sunny and warm day so Dad, Hubby and I headed into the woods at 7am to paint T3 and beat the heat.  We carried down paint, ladders, rollers, another trail camera and some rags.  I was excited to see what deer sign were around since this...
Read More