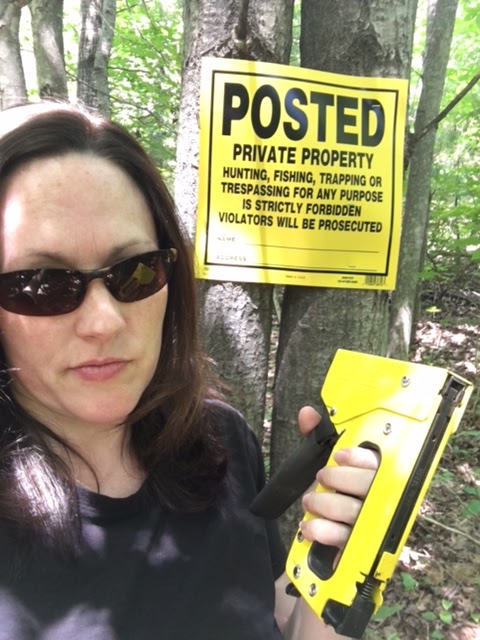 Trail cameras are addicting. You
buy one, get some pictures then decide that you should have another one at a
certain intersection and the next thing you know, you are like us and have
almost 10 out in the woods, trying to pattern your deer. That excitement of pulling those memory cards
quickly vanishes when you see things that don’t belong on your property.

In the past couple of months, we
have had lots of activity on the trail cameras; a car driving around in the
newly planted clover and a man walking through a highly traveled deer
intersection.  Both men had to make an effort to get where they were; this
was not just an ‘oops, I took a wrong turn.’  We had posted signs up
already and clearly that was not enough of a deterrent to keep them away. This
is when it pays to be friends with police officers.  I sent pictures of
the car to a friend, who came back within minutes with the name of the car’s
owner.  I did the same thing with the pictures of the blonde man, baseball
hat on backwards and watch on his left wrist.  Thanks to trail cameras,
there are eyes in the woods even when you are not there.  As a result in
this increase, we have started putting cameras out for our cameras just in case
someone tries to steal the camera (or the memory card) that has their picture
on it.  It is easy to hide a camera when its sole purpose is to keep
another camera safe.

It is also disappointing.  It
used to be that you could trust people to respect your land and their lack of
access to it.  People would communicate with the landowner if they wanted
to be on the land to hunt, fish, trap and/or forage.  There was a mutual
understand and respect for the owner, user and land itself.  I remember hunters
coming to the door and talking to Dad about hunting on our property a month
before the deer season was scheduled to start.  Dad would sign their
landowner permission slip and ask them to hunt in a certain region of the land
and not to use four wheelers.  Everyone was happy and followed the agreed
upon rules.  That is clearly not the case anymore.  I understand why
more land is being posted.  Within hours of seeing the car on our trail
cam photos, I added more posted signs to our property 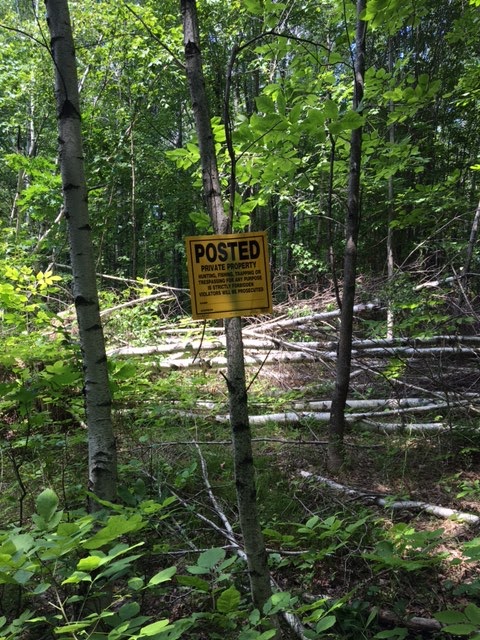 So what happened? Why the lack of respect for
landowners? and when did trespassing become a new norm?  Across the country, there is discussion
around protecting public land for hunters to use.  Here in Maine, more than 95% of our land is privately
owned (Maine.gov.) That is a lot of land to lose
access to if trespassing continues to increase and landowners begin or continue
to post their land.  A few bad apples
could ruin it for everyone, so it is up to us to discourage it, report it and work
to keep hunting lands available.

← The most exciting hunt, you're not going on Maine's youngest fisherwoman →

It is like Christmas every time you check the cameras... will the same buck be around? are there new bucks? what about the coyote? how is the fawn? Then, you get a glimpse into the woodland word. I am surprised that this little ones still has its spots but it is...
Read More

Dads play an important role in getting the next generation of hunters interested and out in the woods.  It takes almost as much skill to get the kids out there as it does to make that shot and harvest an animal.  There is the concern over getting cold,...
Read More

If you want me to write for you

I started writing here in 2009 and have steadily watched the number of folks, like yourself, who read my blog, grow. It has been fantastic to hear from you in emails, read your comments and see you liking the Facebook page. It is my responsibility to you that I have a...
Read More