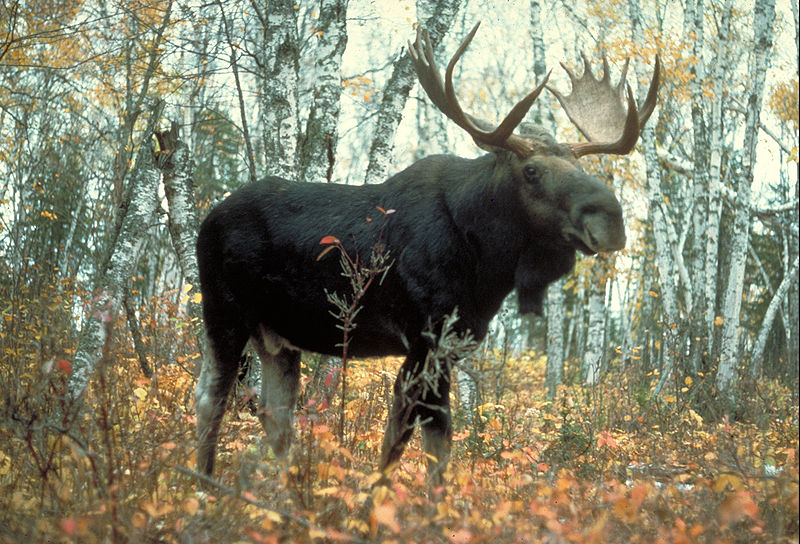 This past week, Inland Fisheries and Wildlife released the numbers for the 2011 deer season. It is a perfect pick up point for the rest of my interview with Chandler Woodcock, Commissioner of IFW.

How were the deer & moose numbers compared to 2010?

Overall, about average. The numbers are down a bit but I think that is because of the animals adapting. You can’t hunt moose from your truck anymore and expect to be successful. You need to actually get out and hunt; move around a little bit. Animals adapt and somehow they know when the seasons is so they travel. If you are not there when they are moving, you will miss them. The deer numbers are about 20,000 deer. We usually harvest 10% or 11% each year and have about 200,000 hunting licenses out there.

I noticed that this year, the moose lottery is a little bit different. Why?

We did a lot of changes for moose permits. First, we increased the cost from $7 a try to $15. And you can put in only once. The average that someone was spending turned out to be $14.92 so we bumped it up to $15 and called it good. I have already had someone come up to me and complain about the increase. We also changed it so that if you are picked this year 2012, you can not put in again until 2015 (3 years) BUT you can continue to get points on your license. You will fill out the form like you normally would, but you check the box that says you dont or cant get a license this year. That way, folks are keeping and gaining their points. Currently, we have about 4,000 folks at the top tier, who have never been drawn and have the maximum points available. This accounts for less than 10% of the total applicants we get, but we are able to get about 1500 of those people permits each year. With this new system, folks who are on the top tier will have a 34% chance of being picked.

Maine reduced the number of doe permits in 2011 to 26,390, a 46% reduction. Do you think it helped? Will you continue to keep the number lowered and when do you expect to see an impact in the herd?

The first two are yes and yes. We have already seen a small impact with the mild winter. We are taking a multi-pronged approach to this. We are looking at Mother Nature, deer habitat and controlling the harvest. I have heard all sorts of ideas about how we can build the herd up, but the big thing is that the woods we are hunting in now are not the same woods we were hunting 10, 20 50 plus years ago. I want to see the herd numbers back, but I think it will be 10-12 years in order to make a lasting difference. The numbers are not bad everywhere. Islands, Cumberland county and land around Portland have too many deer right now. These areas typically do not allow hunting, the winters are not as harsh and there are less predators.

I contribute directly to the 200 million that is brought in every year in connection with deer hunting. I have heard that out of State licenses are down, presumably because of the assumption that the deer herd is suffering, which means less money coming into the State. What is being done to either correct that assumption or get out of state hunters here regardless of the herd numbers?

I have had people tell me that they are never coming back to Maine to hunt, they won’t come because its too expensive (license, gas, lodging etc) and that we favor residents with the Saturday hunt. But you know, we still have some of the biggest bucks around. It is hunting, there are no guarantees that you will see or shoot a deer, but if you want a chance to land a big buck… come to Maine. We had more bucks harvested this year than we projected. I also hear that people will never come back to moose hunt because of the system to get the permits (but we are fixing that) and that they have not seen any moose, so there must not be any. But, we have biologist and scientists who get out there in trucks and airplanes and find the moose. Its a matter of getting our scientific data to mesh with the public perception. 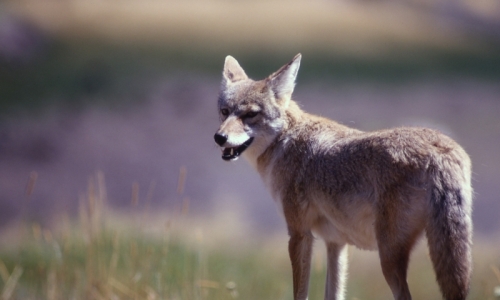 As part of IFW’s Deer Plan, a Deer Predation Advisory Group was created. In IFW’s website, that last update posted was July 26th. What has been happening since? Many people are blaming the coyote population on the deer numbers. Whats being done to fix that?

Coyotes reproduce well and their numbers are high in the State. There is no question that they have played a role in the deer herd’s numbers dropping but they are not the only reason. Deer are resistant but a lot of snow make it hard for them to move around and easier to get taken by coyotes. There are clubs around Maine that are now holding coyote competitions; who can shoot the most, biggest etc. It is all helping and we are talking with the clubs and hunters to keep track of the numbers.

This hunting season, Maine had bunch of hunting accident with people and dog being shot. Is there anything IFW can do to work to prevent this? Have stiffer penalties for the hunters (know what you are shooting) and dog owners (take necessary precautions)?

Every hunter should know what they are hunting and looking at before they pull the trigger. In the past few years, it has become legal to be prosecuted for these acts which was not always the case. In the past 30 years, we have had years where 19 people were shot. In regards to the dogs, there has been a lot of talk about the coyote population and it has created an awareness that was not there before, but its not a real excuse.It is all about taking the necessary safety precautions and being smart about it when you are out in the woods.

Virginia just upheld legislation that banned hunting on Sunday and it created a huge debate among sportsman and citizens. Do you see Maine changing its regulations to allow Sunday hunting?

*Laughs* This gets brought up all the time. It is a political discussion. I hear about it at almost every town hall meeting I go to; ‘New Hampshire has it, why doenst Maine?’ ‘Im not going to waste my money to only hunt for 1 day each weekend’. We have talked about it and a lot of landowners do not want it. They threaten to post their land which would have a severe impact on the amount of private land that is open for hunting. Landowners want a day off to not worry about hunters in the woods. And, its an additional cost to have people enforcing the hunting rules for an extra day across the State. I am sure it will keep coming up, but I dont see things changing. 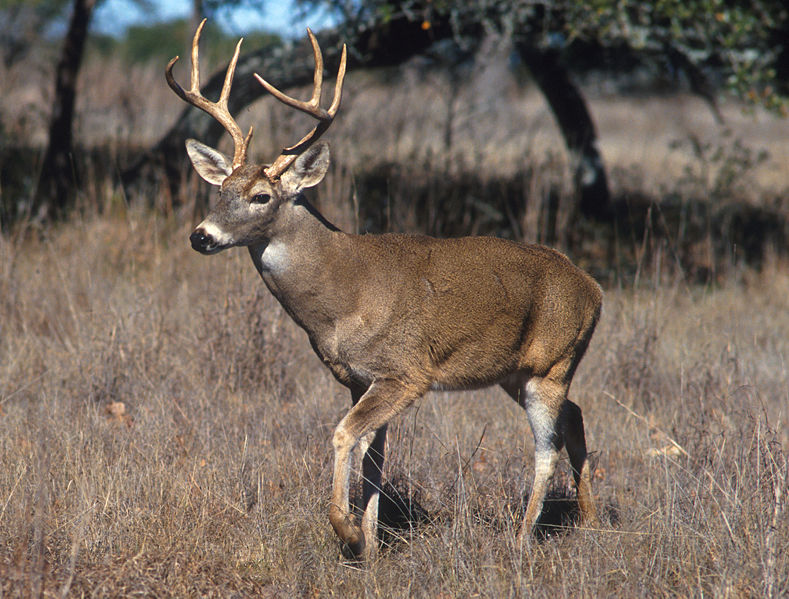 What keeps you up at night?

The missing people we look for, especially the kids. I am responsible for the Warden Service and they are out there searching and searching and I want to make sure things are being done right, thoroughly and that we can find everyone. I also worry about doing the right thing. I took this job because I wanted to be a part of something that could be great. I grew up outside and took from the woods and streams. I wanted to do something to give back to those same resources.

Questions from the blogisphere:

DEDH writes: I’d be very interested in the third coastal waterfowl zone that I just did a survey on, how exactly did DIFW decide to consider this and realistically what will come of it?

Any water fowl changes we make are based on timing and balance of the populations. We know what a significant impact changes like zoning make on the season, the river and the migration numbers. I think at this point, it is just a proposal but we want to make sure we allow everyone the chance to get all of the different water fowl and not be at a disadvantage based on where they hunt or the timing of the hunt.

Thats a great question and a tough one. Its a blurry line. You can plant a corn field, build a tree stand on the edge of it and sit there and shoot your buck. But if you take 4 or 5 of those ears of corn and put them in a pile, you are baiting and breaking the law. Its a gray area. Wardens are concerned about enforcing it right now and having people use it for reason that are not right. States that allow baiting are more open usually and they have a big stand in the middle of a field that they hunt from. Maine is not designed like that. We hunt in tighter areas with more trees, more people… maybe in the future it would/could be regulated like bear and coyote but until then…

THANKS to Mr. Woodcock for letting me interview him. And thanks to all of you for reading. Here is a GREAT map of Maine and how many deer were taken per town. My deer came from one of the middle range areas, which is good, I guess. You can clearly see where the herd is strong and where we need to build it back up. Enjoy!

And – I am working on a couple more great interviews talking about hunting and fishing so keep checking back!

Thoughts from a Tree Stand

This is my second blog. Check it out, let me know what I am missing or what I should add to it. And again, THANK YOU!
Read More

Birds on the Russian

One of the strangest things to get use to while fishing the Russian river was the fact that there are seagulls and eagles constantly watching you, flying overhead and swooping down into the water.  They sit in the trees and just watch.  I have never...
Read More