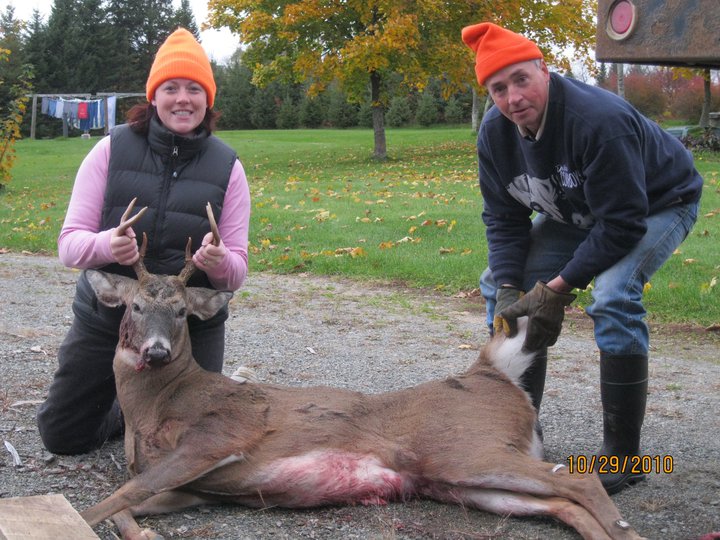 I am getting spoiled. Actually Dad and I both are. I am afraid to write this for what it might mean for next year, but I will; Dad and I have not had to follow a blood trail in a long time. Three years ago, Dad dropped this guy (below) on opening day.

Last year, I dropped this one: 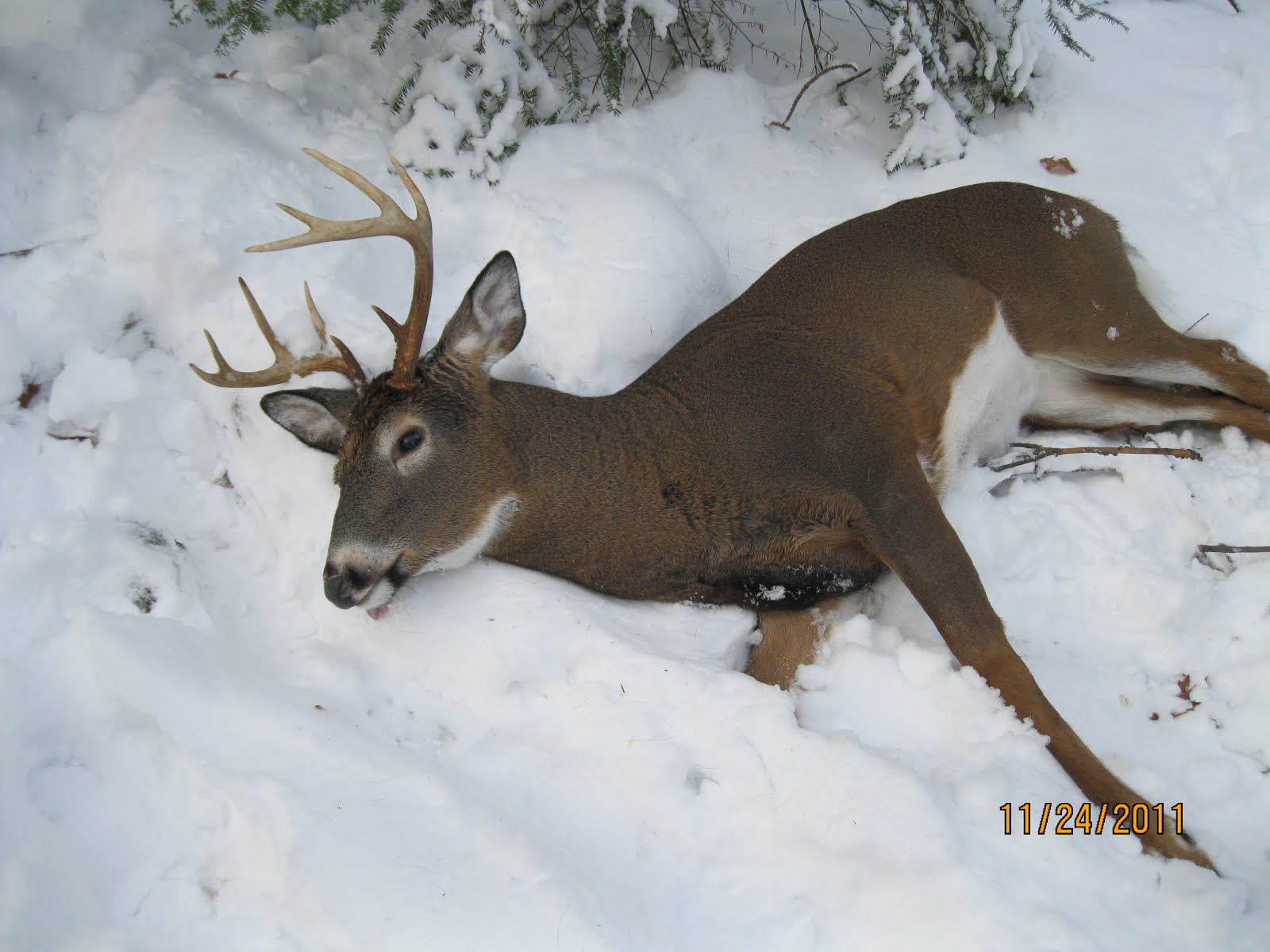 and this year, I dropped him right at the base of the Sky Condo: 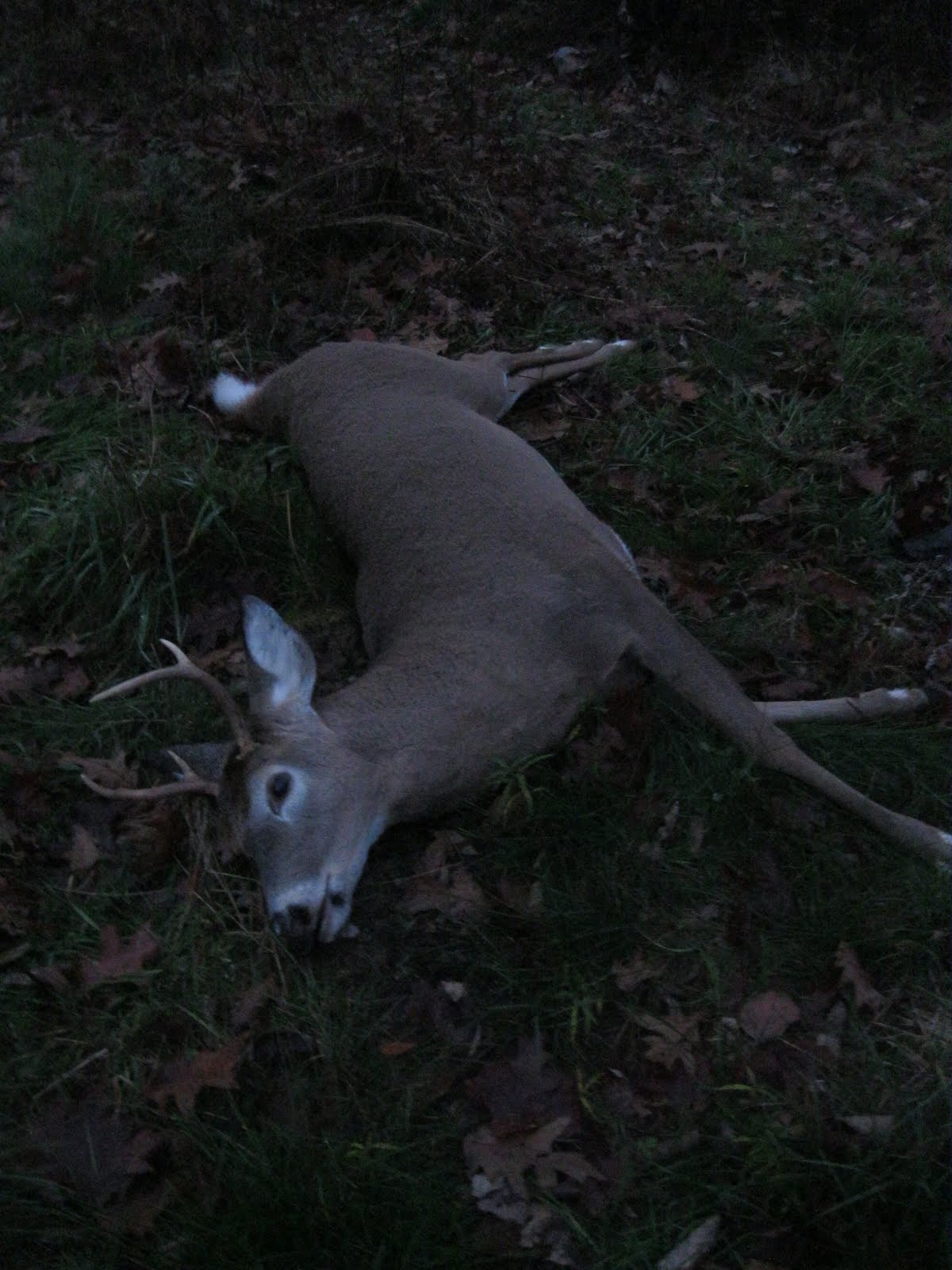 We are getting spoiled but really, I have a great teacher who has taught me where to shoot a deer for the quickest, least painful death. And it has worked out well.

This year, we spotted the buck coming to eat grass early in the day. He walked out from the upper right corner of this photo and headed down almost to where the camera is and then started to walk back and eat on the clump of brown grass when I shot him (you can see him laying there post gutting and see the brown grass just to the left). 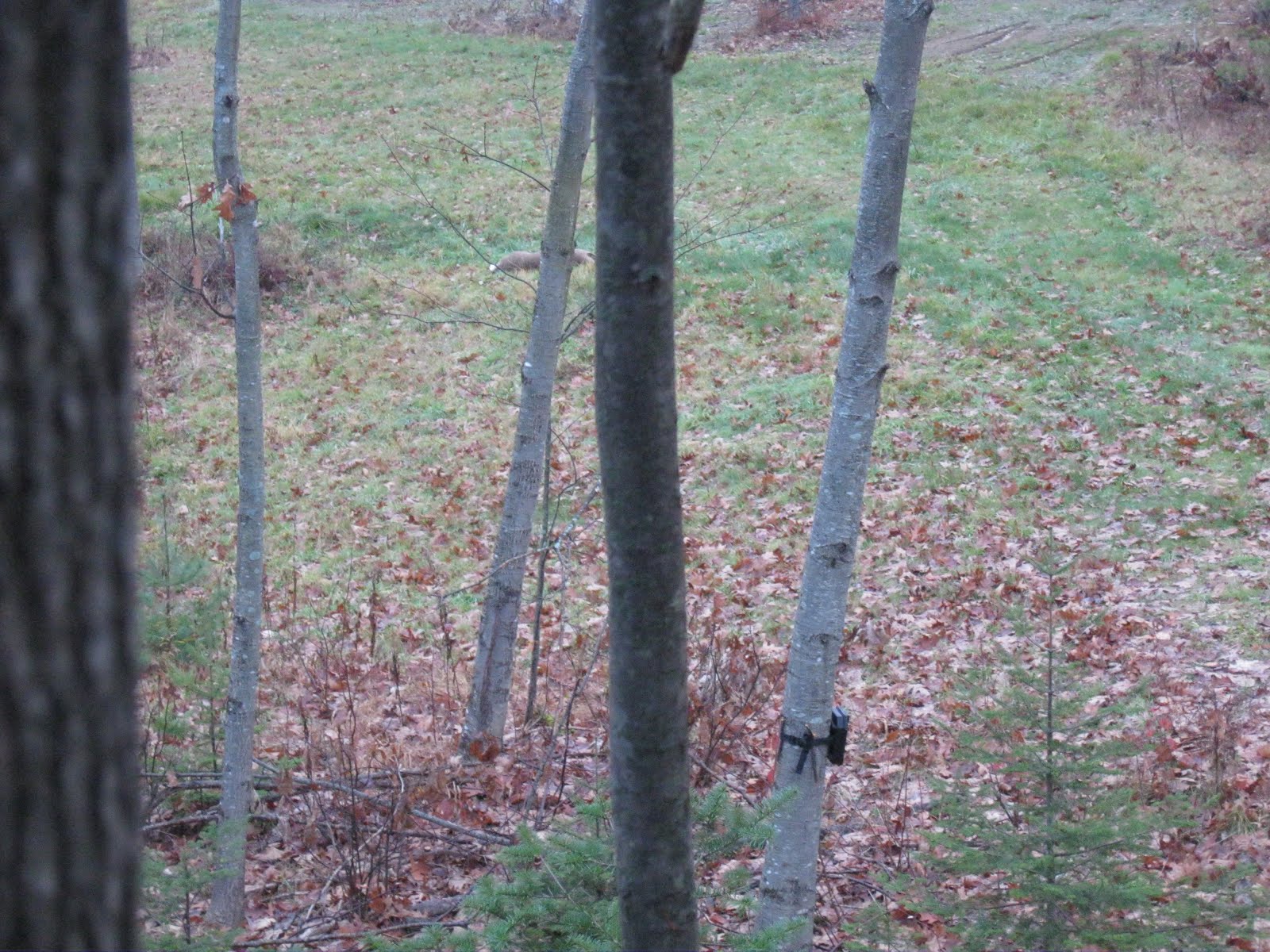 It was a good shot because it dropped him but in my mind it was a bad shot because it was SO LOW! I shot him right in the heart. If you look at where you are supposed to hit them in the vitals and where I hit him, there is about a 3-4 inch difference. But, that is also why I love my 30-06 with the scope. The more advantages I can give myself the better!

The deer this year was a little crotch horn that weighed 112lbs. But getting him on the first Friday of the season took the pressure of us getting a deer as the season continued. We are lucky to now have steaks, stew meat and roasts for the winter! You can’t beat it! and you can’t beat hanging out with Dad in the Sky Condo during hunting season =)

← Coming up... What to buy the hunter on your Christmas list →

The emotions that go along with this are hard for any nonhunter to understand. There is a literal weight of an organ that earlier in the day, beat inside an animal and the figurative weight of choosing to kill an animal to fill your freezer. There is a dedication of...
Read More

I didn’t see the fawn but I watched in slow motion as the doe hit the corner of the oncoming jeep and disappeared into the tall grass. I hoped that it was just a brush with the bumper and that she would be OK. The driver pulled over and began to walk along the edge of...
Read More