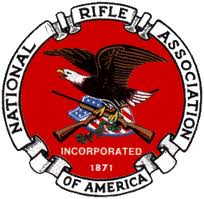 A friend of mine in DC occasionally sends me (or Tweets at me) articles that he wants my opinion on. Yesterday, it was an op-ed piece from the New York Times titled, “I Hunt, but the N.R.A. Isn’t for Me” by Lily Raff McCaulou. My buddy wanted to know, as a “lady hunter” what I thought about this. And I am curious what YOUR opinion is… are you a card carrying member of the NRA?

As I read the op-ed, I agreed with many of her points, For hunters like me, hunting isn’t ultimately about the gun. It’s about wildlife and the land that sustains it and I’m a hunter and a sportswoman. I own guns, but not for self-defense but I also have to wonder if her stats are truly correct “the most comprehensive national survey of firearm ownership to date found that only 35 percent of gun-owning households say they hunt. Even then, the N.R.A. would represent only about one-third of all hunters in the United States”

I don’t know a lot (or anything really) about the NRA. The only thing that comes to mind is Charlton Heston, with the gun above his head, yelling “From my cold, dead hands!” And I know that is not me. I love my gun… I snuggle with my gun while I am in my tree seat, but there is only one gun at my house, and it’s not mine.

So – there are many of you out there that have a lot more knowledge and thoughts on this topic. What do you think? Does McCaulou have a solid argument? How separate are the NRA and hunting? and is that good or bad? I would love to know what you all think.

I woke my son up at 1:40 in the morning so that we could be in Millinocket by 4 AM. I have made it a point this year to take advantage of local Maine guides who are struggling because of the cancellations from out-of-state hunters and anglers. Many guides and...
Read More