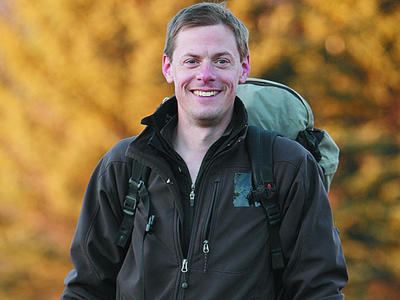 I really like Steven Rinella. I have never seen one of his shows (I dont have cable) but he was kind enough to send me two copies of his book American Buffalo signed and ready for auction at this fall’s BOW weekend. I follow him on Twitter and he posts some great stuff. Last week, he tweeted this link to a blog post on his Meateater website. I clicked and before I finished the first paragraph I found myself rolling my eyes.

The blog is about Steven finding out that he is going to have a daughter in Dec. and his wife asks him to teach their daughter to hunt with the same excitement and enthusiasm as he is their young son. After Steven says he will, he starts thinking about if he really can. He describes his family as having few female hunters (and those that have or girlfriends who went ended up crying or begging for the animal not to be killed), but almost all of the men hunt. He uses a couple of examples of friends and family that have daughters who they taught to hunt. In one example, he references his friend Ronny who “raised three daughters who are proficient with a shotgun and enjoy chasing upland birds” but then Steven writes this:

When I consider Ronny’s success with his daughters, I can’t help but consider the fact that he never had a son. That is, he never had a more traditional protégé. He wasn’t able to leave the girl at home to play with her dolls while he took the boy hunting. To make hunting a family affair, he took them along and treated them with the respect that many men reserve for their boys. They responded in kind.

Wasn’t able to leave the girl at home to play with her dolls. WHAT???? This did me in. For one, I had an amazing Barbie empire; a 3 story townhouse, convertibles, campers, and dune buggies not to mention enough little plastic shoes to make Imelda Marcos jealous.

I applaud Ronny for taking his daughters hunting. Maybe he did want a son (don’t all men want a son?) but he allowed his girls to be a part of and carry on a family tradition that probably has and will continue on for generations. 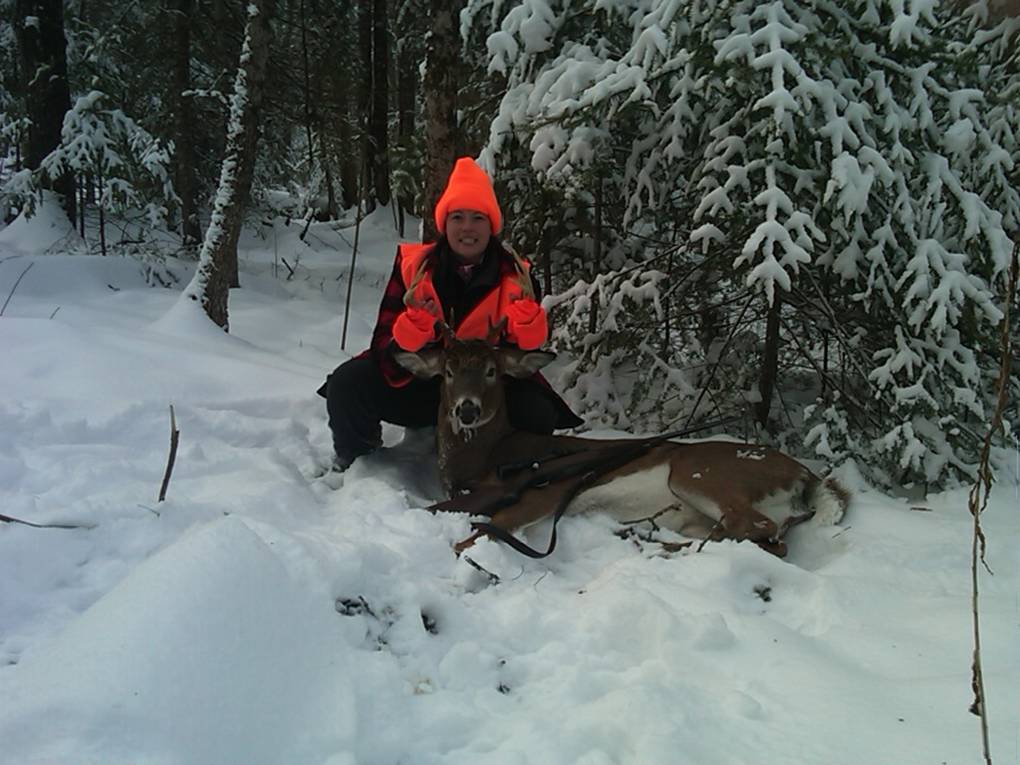 I can not imagine my Dad not letting me go hunting with him and really, would his excitement and pride be any different if I was his son shooting a buck as opposed to his daughter?

Another part of Steven’s blog is in regards to the “sex-pot huntress” depicted on hunting shows and on hunting website. All I will say about this is that I am happy I hunt with my Dad and that he doesnt really care that I roll out of bed, throw on my layers and layers of clothes and follow him out the door and into the woods. I actually had a coworker tell me that she did not realize the photo above was me because to her, it looked like a guy with a deer. Good!

So my big question and problem is this; why are we still having this conversation? Why does it matter if the child will be a boy or girl? Can’t we see it as another member of the family to bring into the family tradition of hunting and fishing? Why would someone as established and connected to the hunting world as Steven is, question the idea of having a daughter go hunting with him???

One road and SO many signs!

In search of our turkeys, we walked down this camp road.  It was around noon and there were some great spots to sit and call from along the way.  Right from the start we knew this was an animal haven!  The tracks and scat were all over the place. ...
Read More

I have been meeting all kinds of folks thanks to my interview with Steve. And as I have had time, I have been reading other people's blogs about hunting. Yesterday, one blew my mind. I think it was because I had never tried the movie feature on my trail camera and I...
Read More

Birds on the Russian

One of the strangest things to get use to while fishing the Russian river was the fact that there are seagulls and eagles constantly watching you, flying overhead and swooping down into the water.  They sit in the trees and just watch.  I have never...
Read More