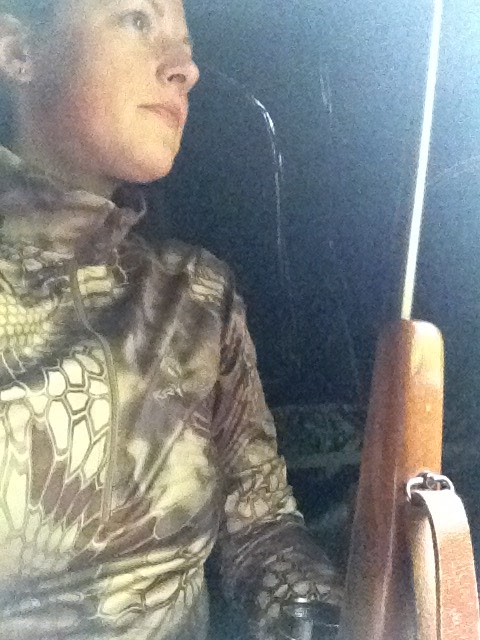 Everything was going just fine until I realized that I had the wrong
gun. I had packed everything that I would need and was getting
comfortable with the idea of sitting by myself in the tree blind.

It was 90 degrees.  The odds of a bear coming in were really not good.
Plus, when Steve dropped me off and checked the cameras, there were no
pictures and the bait had not been touched.  I was a little more relaxed
about it but I was still weirded out about having the wrong gun.

I’m couldn’t believe that it happened. I had assumed that my gun was in my
gun bag and switched it with the gun sitting right next to it. The
different strap never registered when I grabbed the guns. I didn’t think
anything of it again until I took the gun out of the case and noticed
that the shock pad was sticker than normal.  I assumed that it was due
to the heat.  When I reached up to automatically slide the safety back,
the safety wasn’t there. I stared at the gun trying to figure out what
was going on. I turned the gun and saw the safety switch on the side. I
looked at the scope and it was a big round circle and not the oval of my
Dads gun. I tried not to panic. Steve watched me with uncertainly and a
little uneasiness. I didn’t want to let on that I hadn’t shot that gun
in more than six years. I tried to reassure Steve that it was all right and that I was fine.  I grabbed three bullets and tried to load them
into the chamber.  The first two jammed and I pulled them out, took a
deep breath and reloaded the gun without any issues.  Steve watched me
and I tried again to convince him that I was ok with the gun.  Still a
30-06, still 180 grain bullets. It was nothing to worry about.  But in
my head, I was panicking.

I was a little bummed about the temperature, wrong gun and lack of bears
but I kept telling myself that it would be a good exercise in sitting
and getting use to the tree stand and being alone in it.

I’m not sure when I realized that there was rustling in the bushes off
to my right.  The blind was totally in closed except for a small
triangular window that was maybe 12 inches tall and 7 inches wide. The
window next to me would have been a great way to peak out but the zipper
was in an awkward spot and I could not reach it without really making a
lot of noise.

There were a lot of birds and squirrels in the woods so I assumed that I
was listening to that allusive 200lb squirrel that every deer hunter
hears while hunting.  But after a few minutes, I realized that the noise
had more weight behind it.  It wasn’t a 1lb squirrel but something
heavier. Maybe a raccoon. Maybe a moose. I kept half listening and watching for a bear to come to the bait.  The noise off to my right started getting more frequent and louder, like it was getting closer.  I stared at the window and wished that I could get a sneak peak of whatever was hanging out nearby.  The hardest part for me was being unable to see what was around me. Over the next hour, the critter stayed nearby and continued to make noise. It wasn’t a moose – they would have walked on by now. This was staying close.

Then, it all changed.  The rustling came really close and I looked through the wire floor of the tree stand to see if I could see what it was.  Instead, I just heard breathing; heavy, raspy breathing. I panicked.  It sounded like a bear but I had nothing to compare it to.  Last year’s hunt did not involve me spending a lot of time with my bear while it was alive. Would a bear really just hang out this long in one spot? Why wasn’t he going to the bait? The breathing continued for four breathes (yes, I actually counted) and then stopped.  I kept looking down for movement below me.

I didn’t move. I just listened – and sent Steve a text saying that I was pretty sure there was a bear here (I got a text back telling me to get off my phone!)  The bear went back to doing whatever he was doing in the bushes and I continued to listen, hoping that he would come into the opening.  Once more, it came close enough for me to hear it breathing.  During that time, more noise in the bushes behind me added to my awareness of the fact that I could not see what was happening around me.  Hearing, what I thought were two separate bears, I made the assumption that it was the two yearlings who we had on the trail camera and neither would be worth taking so early in the season. I wasn’t going to worry about taking a shot.

As I listened to them around me, it continued to get darker and darker.  Steve was going to come in a get me when legal hours were over. I text’d him and asked for an eta at 7:42pm – one minute after legal hours. Before he responded,  I heard his keys or something clink together and I heard the bears run off.  He was still quiet as he helped me get out of the stand and hold onto my gun as I climbed down.  I was a little more loud.  I wanted those bears to know that I was around so they would stay away.  It was an unnerving experience but I successfully sat in a blind by myself while bear hunting and I had at least one bear there with me.

Steve checked out the area behind the stand the following day and said that a tree stump was ripped apart.  It had definitely been a bear who was grubbing for food.  Natural food.  Yesterday morning, Steve checked the cameras and big bears had come into each site.  One of them ripped the cable that was holding the 55 gallon drum, off the tree and out of the drum.  For my own mental health and willingness to go back into the stand alone, I am going to say that it was these guys and not a huge bear, that was hanging out with me in the woods. 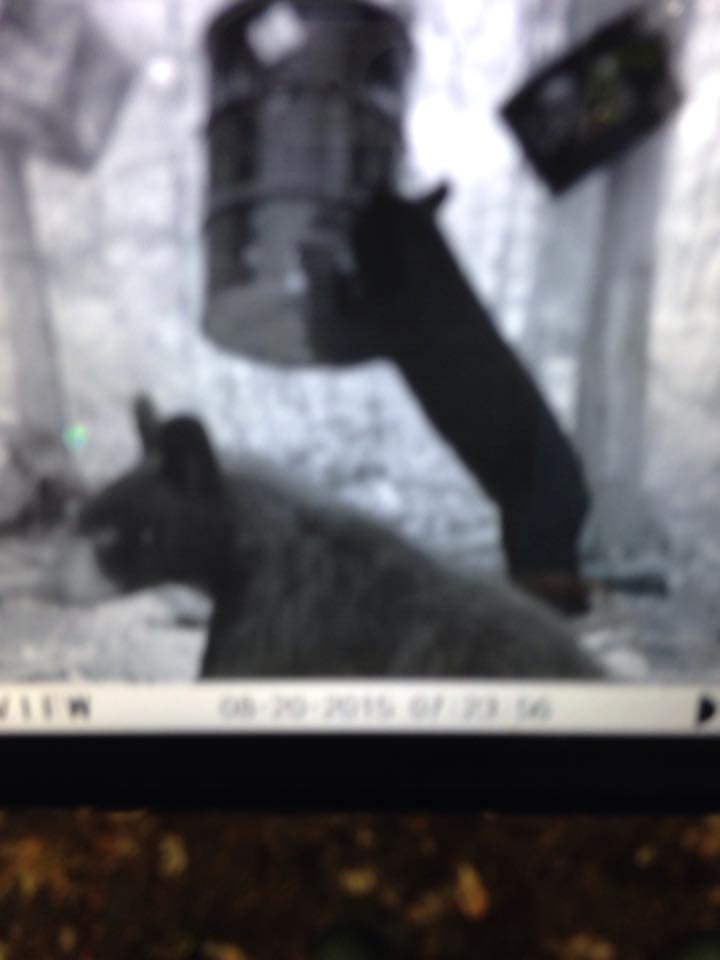 As I write this, I am almost 38 weeks pregnant.  I finished up my first season (more like sample) of turkey hunting with Dad and have found some things are vastly different than then were 22 weeks ago when I was deer hunting. For starters, Dad and I are novices...
Read More