Was that a flag? 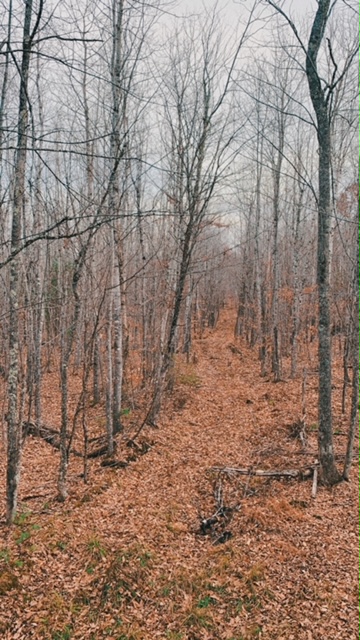 Was that a flag?

Week two of rifle season was completely different than week one.  I changed stands and jumped a deer as soon as I got into the woods.  I’ve been hunting for almost half of my life now and for the first time, as I walked into the woods alone, the sound of something so close that I could not see did not send my heart beating out of my chest.  Instead, I listened to see if I could keep it from running too far away by slowly continuing on to my stand.

It was warmer than the week before which meant sitting for 12 hours would be much more bearable. I settled into the stand quieter than I normally do, knowing that the deer was not too far away. There was a slight breeze coming from behind me and I shifted a few inches to use the wall to block it from carrying my scent downwind to the deer.

The woods were quiet and I always marvel at the period of time where the world is black and white. Geese started honking in the cornfield nearby.  Crows and Bluejays started calling.  Gray squirrels gathered acorns.

I spot of brown in front of me caught my eye. I lifted the gun and peered through the scope.  A small buck.  Trees blocked me from taking a shot, even if I had wanted to. He disappeared behind a cluster of thick brush.  I watched, hoping he would emerge in a shooting lane.  As I watched, I heard crashing to my right and saw two doe. Their tails were up as they crossed the roadway.  I swung my body and again, lifted my rifle. It was a doe and fawn.  They were following a trail that gave me a perfect shot, but they were angling at me and I did not want to take a chest or neck shot.  I watched as they continued over the knoll.

Looking back towards where I had last seen the buck, nothing moved.  I relaxed a bit and was grateful to have seen deer.  A tinge of regret at not shooting the doe had been questioning my decision.

A burst of movement in front of me jumped me.  Two more deer were there with tails waving.  One was blowing.  Had they winded me?

Orange emerged from the woods.  Dad!

Never one to sit, he had circled around me to see if he could find something. He had no idea the commotion he had caused.

We decided to move to a different stand. I left my pack and jacket and walked through the woods to one of our stands. I couldn’t go more than 100 feet without seeing a fresh scrape.  Where were these bucks?

I crested a hill in time to see a deer bound off in front of me, her tail up but she did not blow.  I watched her as I continued towards her.  I had only been to this seat once before and there had been snow on the ground with a path to follow. I kept an eye out for the doe but also for the stand! I cut into the woods from the trail a little early and watched her tail come up again.  She was making a large circle around me. 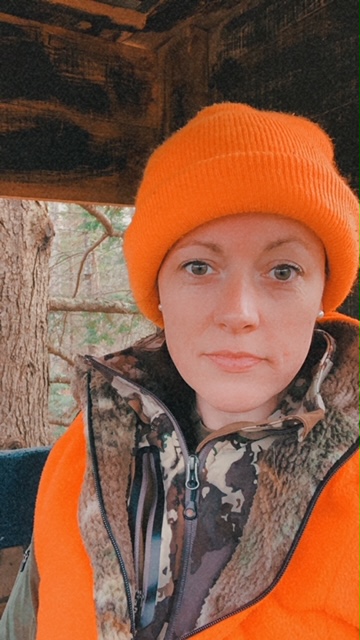 I finally found the stand, climbed up and snuggled my gun against my body.  A part of me missed sitting in the small, metal stands, totally exposed.

Dad met me about an hour later without any luck. Together, we walked back to the trail.  He headed home to get lunch and I headed back to the stand to hunt all afternoon.

No tags were filled and almost exactly six hours after I walked out of the woods, one of my target bucks walked in my tracks, heading towards the stand.  Well played.

Here is hoping week three will bring the rut and some daylight movement!

The Right to Hunt

I recently wrote an article for The Liberty Project on the right to hunt and the legislative bill in Wisconsin that would prohibit people (anti-hunters) from harassing hunters on public land. Check out the article here and let me know what your thoughts are!
Read More

Maine's Sporting Heritage has put together a Facebook page of old photos from Maine's hunting history. It has been so cool to see the sorts of photos they are getting and posting and I think they are tied in with Inland Fisheries & Wildlife which is fantastic in...
Read More